GIF
The Apocalypse of You
Survive loneliness
prsas
Interactive Fiction
Play in browser
Blood in the Cells
Turn-based RPG with a party of one
prsas
Role Playing
Play in browser
TP Attack!
Defend your toilet paper from the horde!
prsas
Shooter

I tried the game. The game looks very pretty, but plays not so well. Everything becomes really repetitive after the first day, since they are the exact same tasks with the same long unskippable animations. There's also the issue that a lot of stuff doesn't have sound, like the shadows attacking or getting hit, which lends a general air of weightlessness to the interactions. Still, good for a first game.

Very cool little game, I like how it looks and sounds very good and is very entertaining with so very little.

Very funny, I like how many different situations pop up from the simple premise. The text is kind of hard to distinguish from the background at times though.

Interesting idea, the tutorial is a bit too long but after that making the coffees is kind of satisfying.

Well, this is most definitely a thing that exists.

Small criticism: the rotated camera angle makes it harder to tell where the stuff is going to drop at a glance, and also makes the play area seem a block shorter on the left.

The apocalypse came and went, and now only silence remains. You may survive starvation or the things crawling in the dark, but the true struggle is keeping hope alive.

The Apocalypse of You is a game about the human element in a desperate situation. You'll have to deal with loneliness, anxiety and paranoia as you try to move on in your life as the last remaining person in the world.

You can check the game out at https://prsas.itch.io/taoy 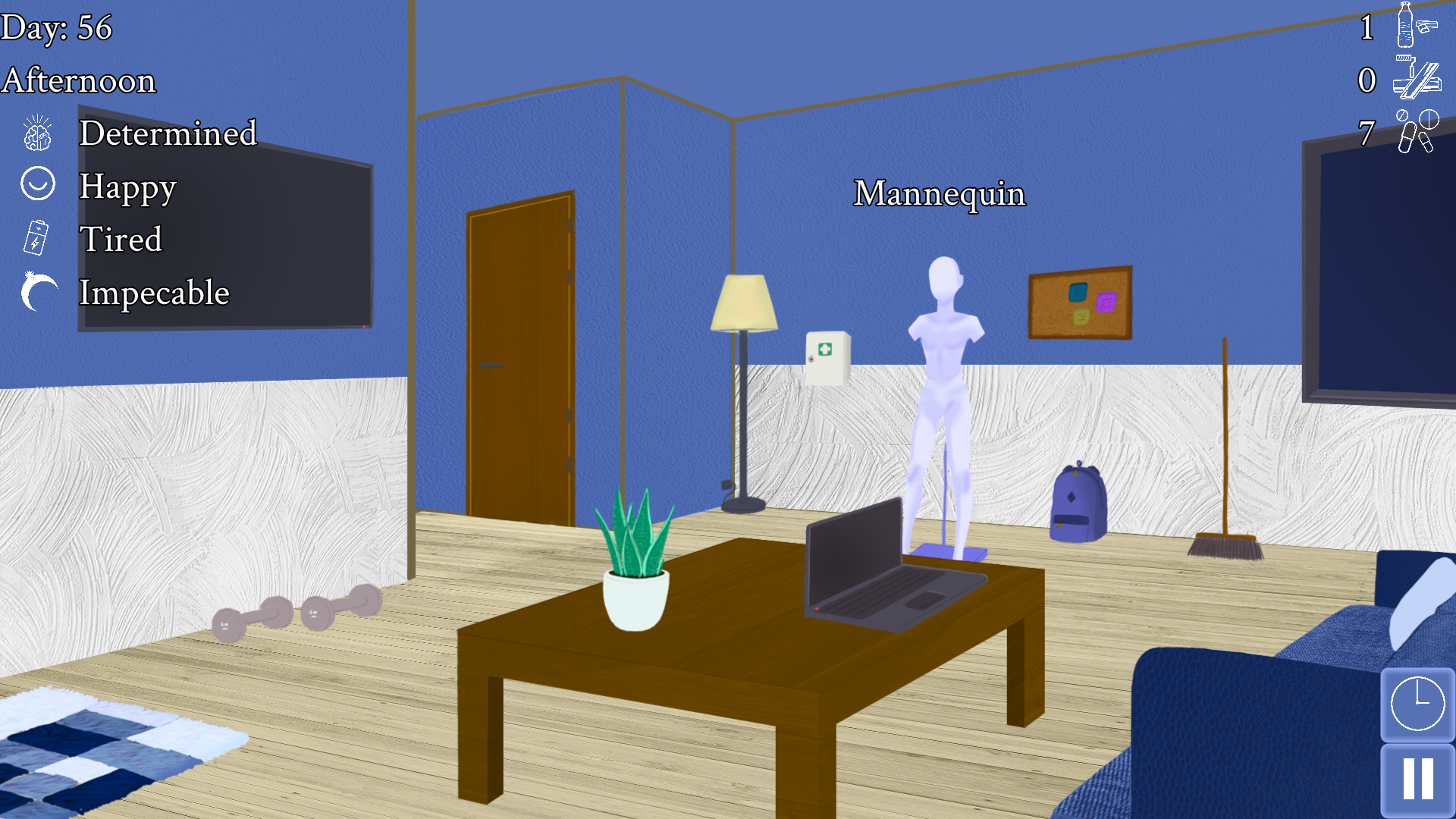 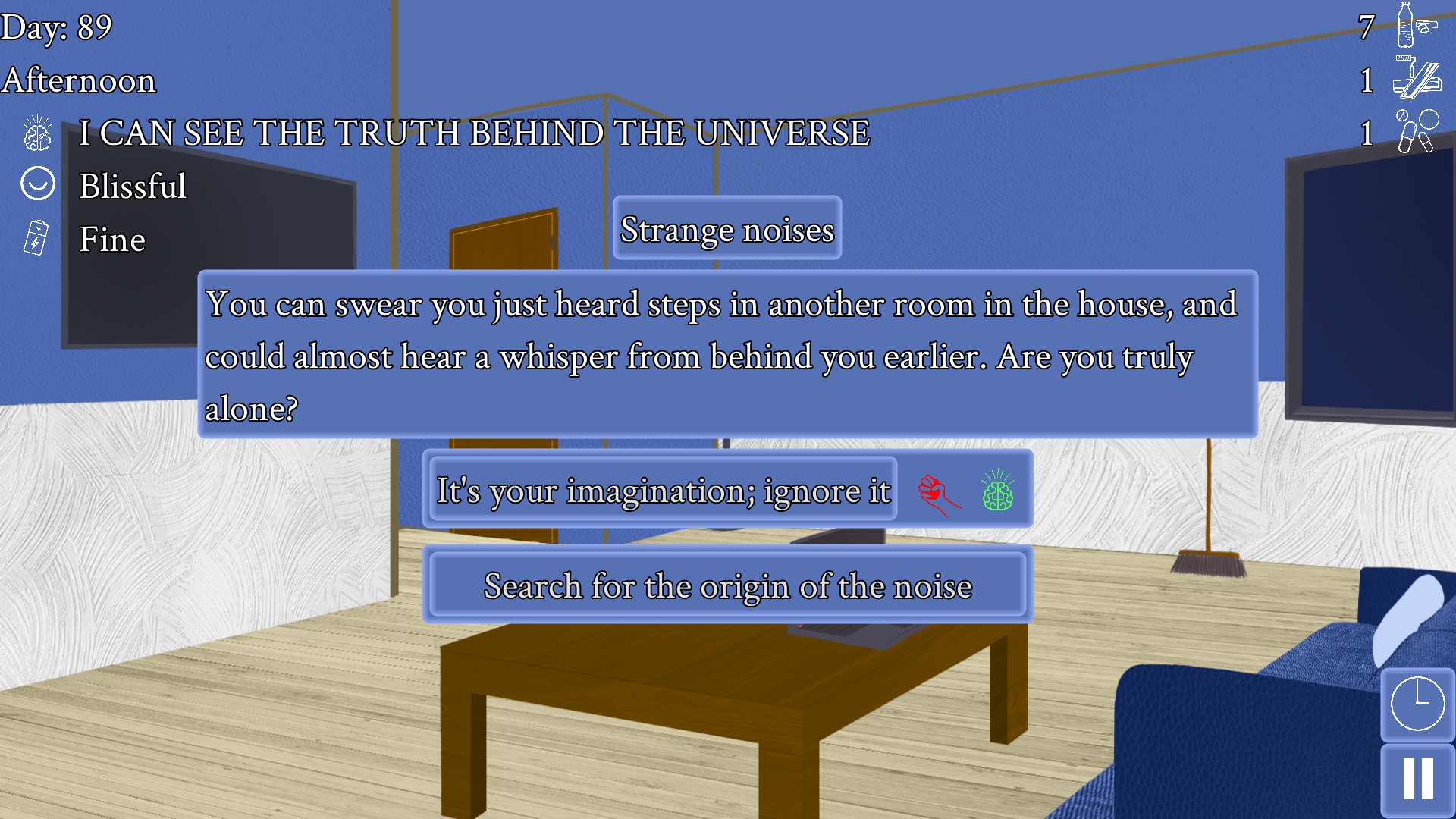 I'm glad you were able to persevere and get through it!

Which one do you mean, the one right after leaving the first cell? Did you equip the stuff in the chest earlier?

It's fine if the story is linear; many great RPGs are a straight line without being able to affect its outcome. However, gameplay-wise, the problem is that the game is (so far) always boxing you in: you can only go exactly where the plot is happening, and it takes control off constantly to ferry you between places. I'll take your word that it gets freer later and this is only the first chapter, but consider: does the player really need all that handholding?

Example: the village is destroyed and a black figure runs away. There is only one obvious option, which is following it. Taking control away from the player eliminates any agency they might have for no reason whatsoever, since that was going to be the thing they were going to do anyway.

Example 2: You reach the next town, and even though there are a couple of districts, trying to go anywhere prompts the mercenary guy to say that you're not supposed to go there. That, again, takes away all agency of the player for no good reason; if the area is made, there is nothing blocking it and isn't far away from the main quest, why not let the player visit ahead of time, even if there isn't much going on? In fact, it's a great opportunity to introduce optional exposition or foreshadowing for later events, or even minor sidequests.

Anyway, those are my 0.02$. You can always also try out other RPGMaker games to see what they did different and how it compares to your own game.

I tried the game out for a while, until the mansion, and here are my impressions:

A short, turn-based RPG with a single party member! About two hours of playtime, and not a single drop of filler in it - all fights are unique and have different mechanics, plus you constantly get new skills and equipment to try out with their own quirks and effects. You can try it out in your browser (or download it) right here! 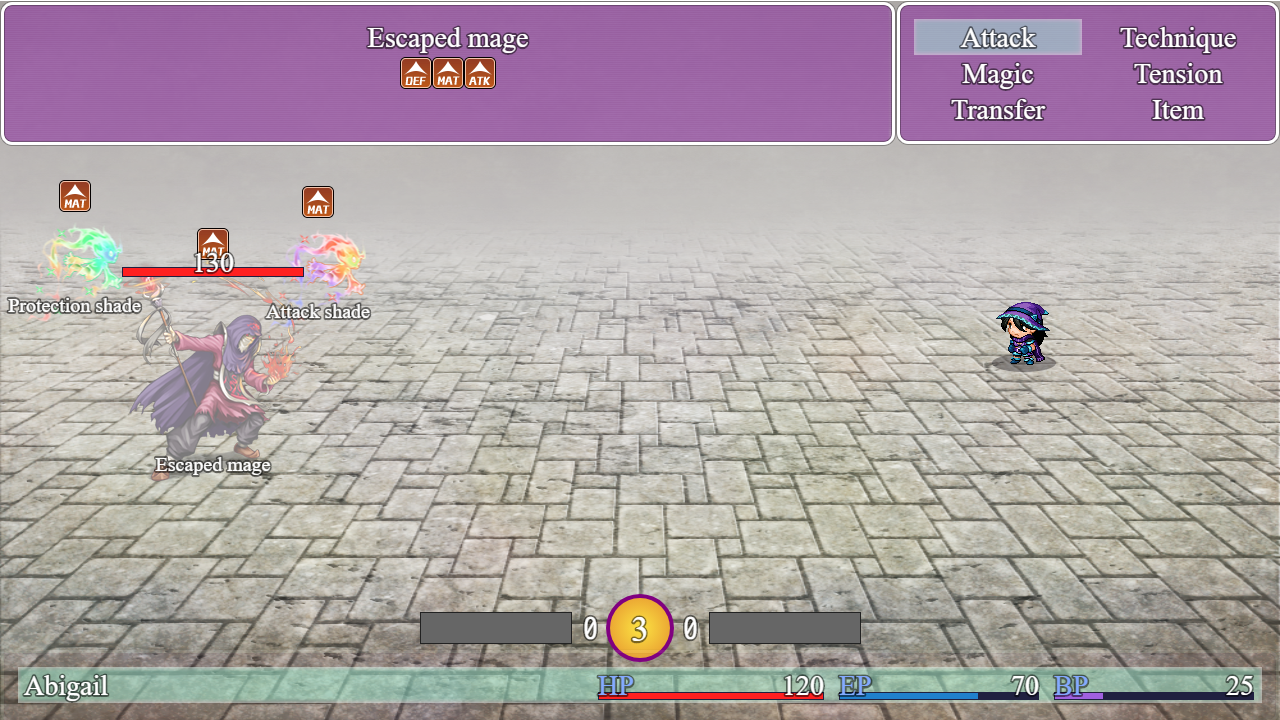 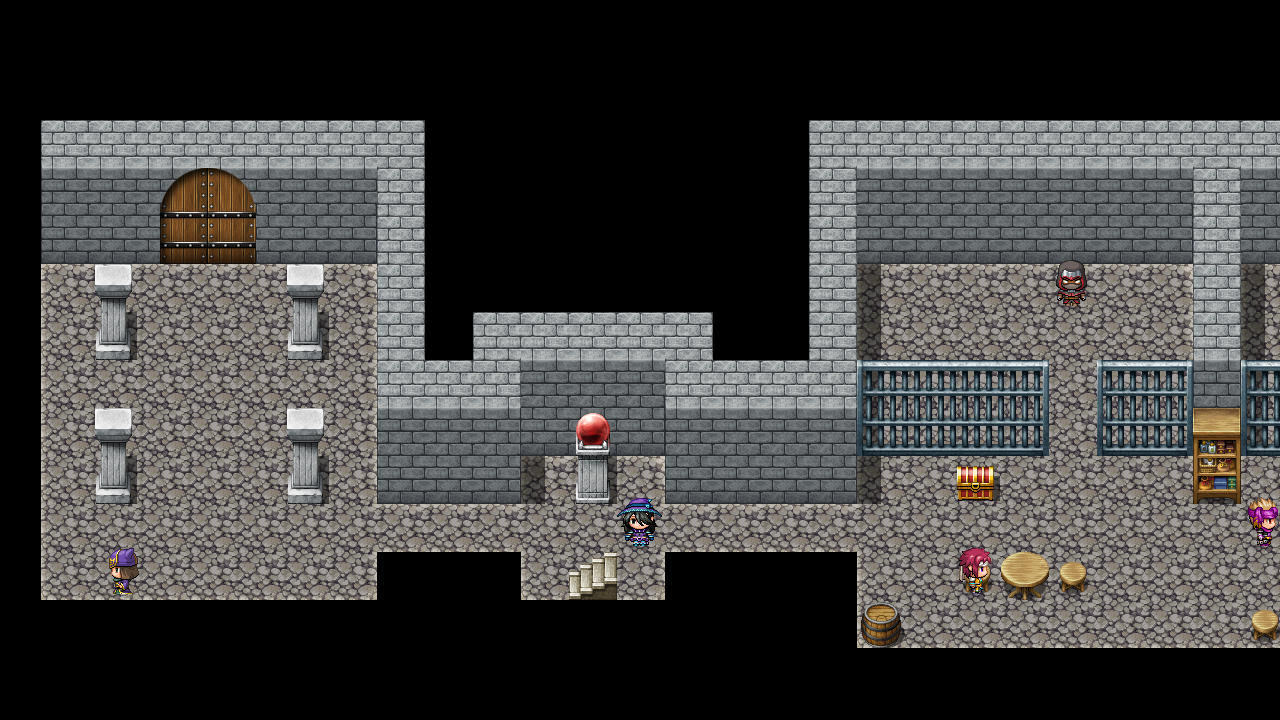 Very cool concept, I've been following this for a while and read the design doc back in the day. I found (and reported) a couple of bugs just now. Looking forward to see where this goes. Are you working on this alone or is there a team behind it?

I like the idea of having a single fireball to throw and retrieve. The rest... not so much. Still, congratulations for putting in the effort and taking part in a game jam!

Finally I can recreate the frustrations of the original Tamagotchi in an even more inconvenient form. 10/10

- Having so many spells yet no tutorial nor intuitive way to understand them doesn't do the game any favours. How about introducing them one by one slowly?

- Having the controls stuck on the screen at all times takes valuable screen space and doesn't add much once you already know them; in fact they're distracting

Pretty cool concept and game, specially for being made in 48 hours.

You're welcome :). If the resolution is a hard limitation, maybe try designing the levels so the connections are in sight as much as possible when you turn the switches on/off.

I remembered I made this when I was frustrated with the game, and it doesn't feel really fair, but I stand with what I said anyway: the mushrooms get you high very randomly and it's not very clear what you need to do to progress at times in the area.

I greatly enjoyed the rest of the game, specially the last stretch. The art and music are on par (and often better) than the original LISA, and the combat was also very interesting, although repetitive at times. So thumbs up overall on the game, just some kinks that could be ironed out.

The area with the mushrooms is complete bullshit. I wanted to see the rest of the game but I just can't be bothered to go through that area.