GRITS Racing community · Posted in When is the Last Time You Played a Top Down Single Screen Game?
pmanacas251 days ago

I recently played the PC classic TurboSliders (http://www.turbosliders.com/) . Local shared keyboard 1v1 in the smallest tracks with single screen zoom (no scrolling) and collisions turned off.  It's so so so much fun. (particularly using AntiSlider car). Having no collisions really helps to keep the races fair. When you loose it always seems fair and due to the low frustration and pure fun of the races you always want another go. 5 out of 5.

Completed the game! Definitely the best sokoban variation I played this year (2018). Such an excellent mechanic and tightly designed puzzles =)

Are you still working on an expanded version? 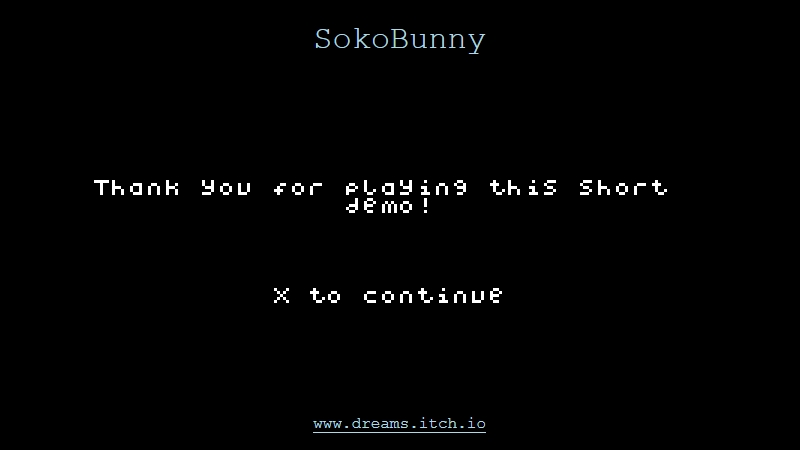 For plague cure you also need Venom (extracted from snake which in turn is spawned by playing critter on jungle tiles). But you are still correct, unless the situation is really stable in terms of food and buildings seems like they usually don't prioritize developing the vaccine. But in endless should just be a matter of spawning more humans until they finally do the vaccine.

Oh foolish me! Of course. I can see it now. thanks!

Great game! Love the minimalism of the puzzles. I found this via the witness blog. Can you please confirm if this level is solvable? 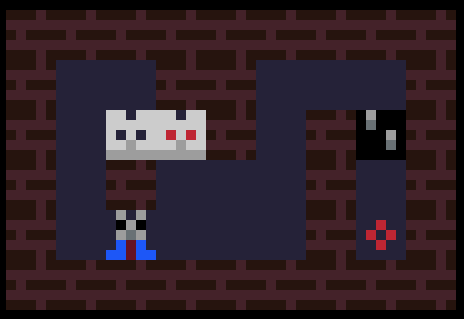 (given it's titled prototype, I don't want to be pulling my hair out on a puzzle that isn't solvable!) thank you =)

Reply
simmiland community · Posted in Never lauching the rocket or even building it..
pmanacas1 year ago (1 edit)

"Also, I prefer the old screen, this new one with windows is not good, it lack by occupying the whole screen and disorganizing everything."

I agree with you. After feedback the dev has kindly added options for transparent windows and to remember window position from one game to the next.. Just go to options in the main menu (make sure you have the lates version of the game 1.4.14).

I have tried this last night on v1.4.12 in endless mode. I plague killed all the humans and then tried to have them research the vaccine. I had plenty of venom lying around the map and the Medication and Adv. Meds discoveries. Took a few tries (in endless mode you can spawn as many new humans as you want) to get them to discover the vaccine. My guess is that you need a really balanced economy/food production chain to be able to develop the vaccine. The problem is that even if you have all the conditions, the humans will still be trying to do higher priority tasks like resource gathering etc... in summary the game code probably does not assign a high priority wight to the vaccine research. But if a plague is in progress maybe this should be given the highest priority...

Thank you for all the work!

First of all thank you for such an amazing update =)

I humbly think the new windows based UI could use some extra polish. From what was a very unintrusive UI we went to a lot of clicking to open and close/minimize windows. I  honestly think this does not marry that well with the simplicity of the game. =)

Overall I would say that I strongly dislike all the UI management that is now part of the game. Somehow I just wish you had made the decision for the player of where to place the UI HUD info elements and make it static. The game (and the game designer) should make that management for the player. Only a much more complicated game (think Civilization) should even consider moving to a player customization UI). As it is now I feel like i'm working in Photoshop instead of playing a simple game =). I hope you don't take this as too harsh, I'm just trying to contribute so you can improve this little gem of a game that I love =)

Here are the changes I would do:

Thank you so much for implementing this in v1.4.11! It is so much better now. Love that you can also press 2 to cycle through the humans, and then double tap 1 to get rid of the window (because base info window over rides the other which is excellent) This also works when you open a discovery details popup (double tap [1] to get rid of the popup. Works out great!

2) Add hotkey to close all open UI windows in one go. I suggest the [space] key for this (or some other key that is within reach when you have your hand placed on WASD). Or better yet, make this key a toggle. Meaning when you press it all windows you had open close, and when pressed again they re-open in the same positions.

Striking this one due to good argument put fwd by dev =)

Striking this one due to good argument put fwd by dev =)

NEW! 5) Make the game remember the positions of the UI windows from one run to the next.  Or as an alternative make some sensible default positions for the windows. Like this for example https://imgur.com/a/kO5A0gd

My current game loop is:

Start game > Open wishes, tile info and discoveries windows and place them where I like them > play game to completion > Back to 1 for new game > Reopen and reposition the same windows again > repeat > repeat... it becomes very annoying very quickly

NEW! 6) Maybe make the window and text background in the UI a bit transparent? The current black solid windows are a boot too heavy on the eyes. It would also allow to see what is happening under the windows if needed.

thank you for all the updates!

Reply
simmiland community · Posted in Next Update
pmanacas1 year ago

take your time =) you a have a gem on your hands

Yeah, but i think "real life" crossings are way too formal for the tone of the game (just my opinion of course =). I think it would be a better fit to just have the minions learn how to cross the road anywhere and if they don't know how to cross yet they can get run over by a car if they already know about it they should automatically stop before entering the road tile if there is a car coming (actually put in some margin of safety otherwise it will look as if they are robots going for it and crossing just in time in front of a car lol). But please don't make it "gore" if they get run over, just keep the current cartoony/non-explicit  death animations I think they are perfect =)

New feature suggestion: "Tarmac roads" When industrial revolution is achieved with the factory base you could have the little humans build roads connecting the base to the higher resource extraction spots on the map. Then when they discover the car, they can use the roads to fetch resources faster. Also inspecting the roads could teach humans to look before crossing the roads, otherwise make so that they can be run over by the cars lol...

New mode suggestion:  Add a "Sandbox" mode. This would be the same as "Endless" but with the ability to play any card at any time without being restricted to the random draw. (Would need to remove the "+Card" card from the deck as it wouldn't make sense anymore). A lot of times in endless I'm just mindlessly pressing X until i get the card I need... that feels a bit pointless =)

My 8 yo daughter loves this game =) The frame rate lags a bit on our laptop. Could you provide a downloadable version with resolution option? This would allow us to play with a nice frame rate =). Thank you!