Thanks for playing. I really appreciate your feedback :)

Thanks for the feedback :) I think the teleporting is largely what makes the game unique but you are right that it can be frustrating to then be killed by a nearby enemy. I think if I update this game I'll make enemies indicate when they are about to fire and reset their cooldown when you teleport nearby to give the player time to react.

Have fun, show those robots who's boss! 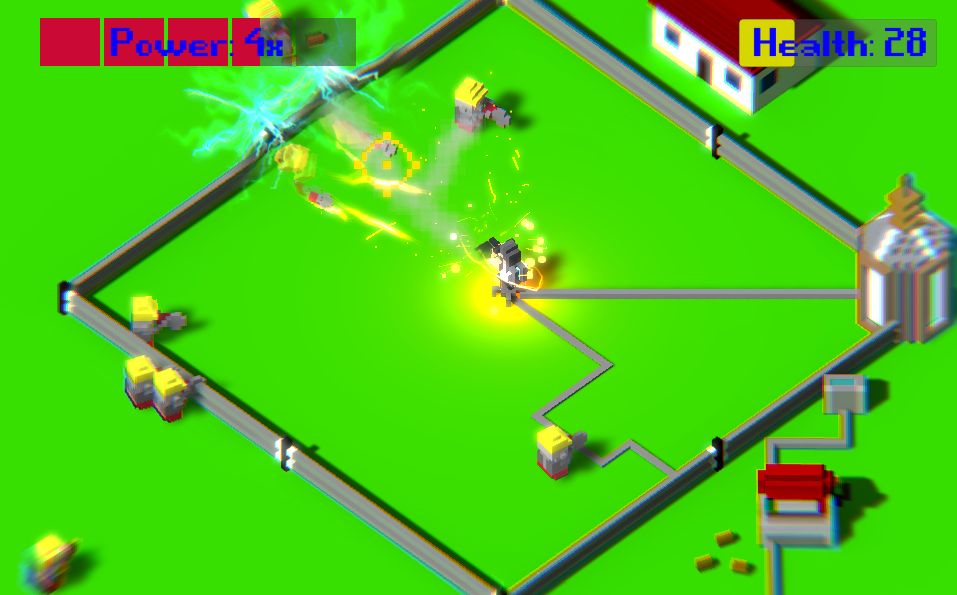 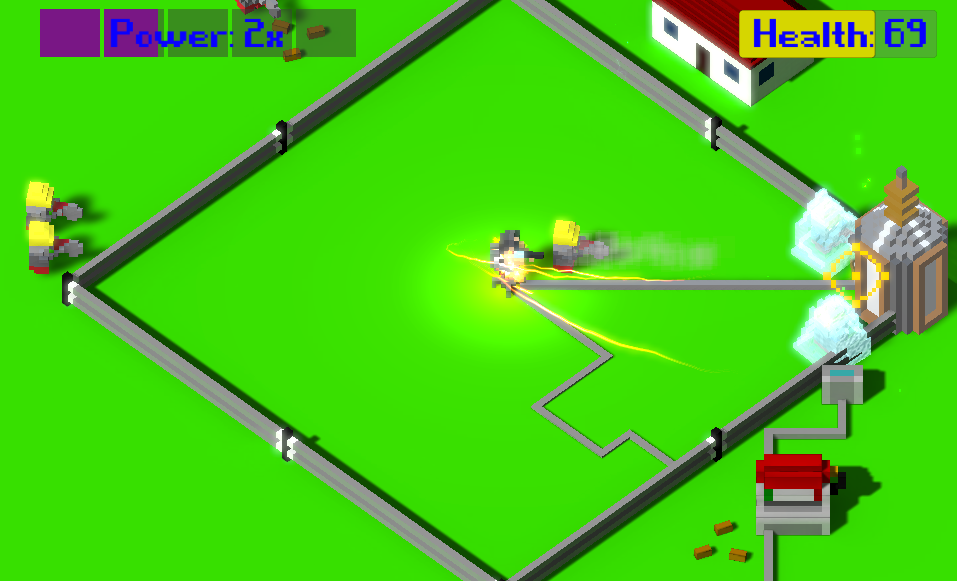 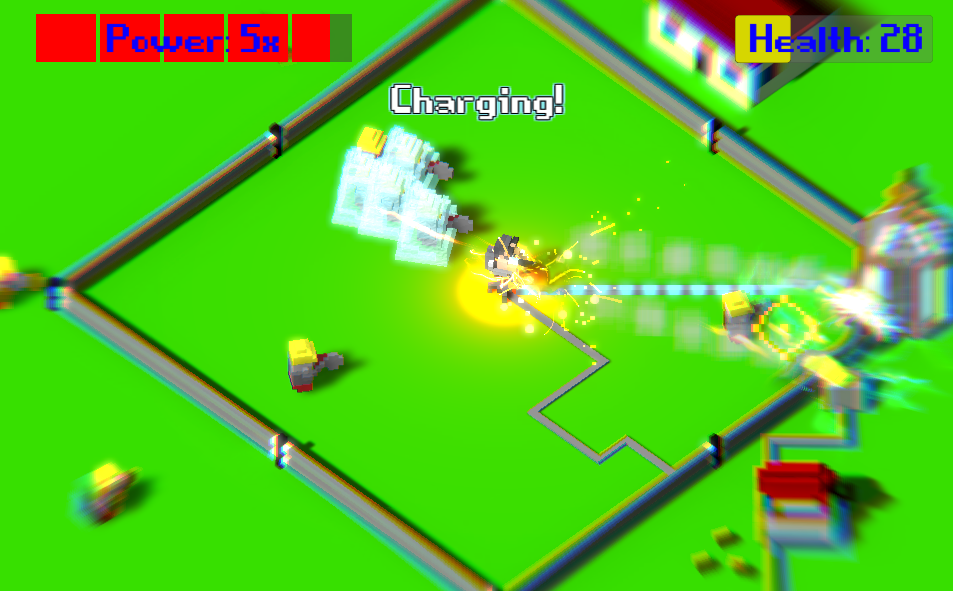 I went along to PxlJam this weekend; a 48 game making contest. The theme was 'Blessing in disguise'. In my game Undercover Priest you play as a priest in a crappy disguise trying to exorcise demons XD. Had lots of fun making it and meeting other developers. I'll be putting out a patch in the next day or two making improvements I didn't have time to do in the jam and adding more levels. Any feedback would be much appreciated, give it a go here: https://lawrenceparry.itch.io/undercover-priest 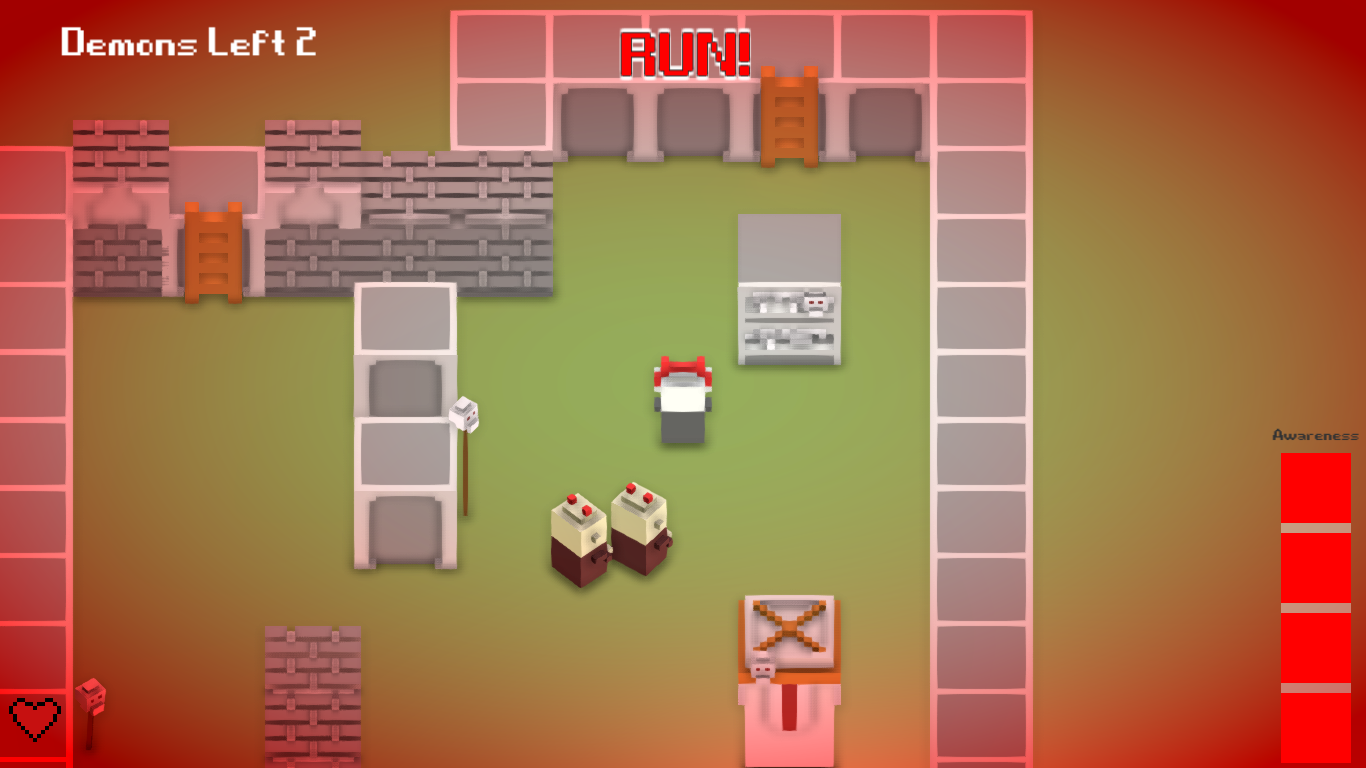 Check out update 1.1 on the games page: https://lawrenceparry.itch.io/ctrlx-bullet-hell. Lots of improvements as well as Mac support!

Thanks so much Evan. I'm working on a patch atm that I'll drop when the jam ends. Loads of tweaks to make the game even more fun!

Good suggestion, I've been considering a mobile port. I think when I update the game I will make the slomo longer when you teleport so that players can get their bearings. Thanks for the feedback.

I'd just like to add that full screen can be entered by pressing alt+enter. This goes for just about any game, not just this one. Once the jam finishes I'll add some settings.

Thanks for the feedback, I would love to make some tweaks once the jam finishes.

Reply
itch.io Community » General » Recommend a Game · Replied to LawrenceParry in My Top Picks From GMTK Game Jam (with gameplay)
LawrenceParry2 years ago

Pool Party - Vivid Legends. Duke it out with the habitats  of the pool table and see how long you can survive. Use WASD to move and the mouse to pole vault your self. https://vivid-legends.itch.io/pool-party

That wired game is crazy, I thought it was broken until I read the instructions XD. Good suggestion. Link and description for anyone else who wants to play: https://elementalbinary.itch.io/wired

Wired - ElementalBinary The game starts with you not being able to move, jump, shoot  or do anything(except hover). You must bind the controls yourself by hooking up the controls yourself... The catch you only have 4 inputs and 12 outputs, so you must strategically connect the inputs and output. After 10 seconds the game start and you must take out the enemies without dying. Try to get as many kills as you can.

Thanks Cyber Twilight, I wish I had recorded more of your game so that I could have got some better gameplay in the video :( Anything you think I should try?

These are my favorite games so far from the Game Maker's Toolkit Game Jam (2017). 776 people entered so there are definitely still some gems out there. Anything stood out to you? Post it below!

Water Gunner - CowThing: Defend the forest against fire enemies! Use your water gun to put out the fires and water plants. Plant seeds to grow plants! Your water is also your health, be careful when your water is low. https://cowthing.itch.io/water-gunner

Light Well Fountain - Caresi Labs: A platformer where you switch worlds on jump. Find the missing objects and restore the balance. Find your heart <3 https://caresi-labs.itch.io/light-well-fountain

Warden - Evan E Gibbs: The game is all about a Mouse with a shield, and I tried putting in as much as you can do with that as possible. The shield lets you block things, of course, but you can also hold it above your head to float and hold it down to bounce off of dangerous objects (and go higher than you can normally jump).  https://itch.io/jam/gmtk-jam/rate/159677

Trouble In Space - Togimaro & Hygon: In this game all the actions are related to the rocket engine of the spaceship. You can kill enemies and open doors if you have enough speed. Enemies damage your engine but you can repair your engine by killing enemies. You can pick up an explosion powerup for your engine. Some enemies are only vulnerable to explosions, but the explosion power damages your engine. https://itch.io/jam/gmtk-jam/rate/158821

Command Prompt_ -  Cyber Twilight: Command: prompt_ is a shooter that forces the player to manage their actions: if you shift the game to an easier mode by shooting enemies that favour you, your score multiplier will decrease. If you want to increase it again, you'll have to shoot an enemy with an effect that’s bad for you - like, say, reducing your own movement speed. Balance between difficulty and multipliers to achieve the best score you can. And if, for some reason, you want to quit this awesome game, you know what to do… just shoot something! https://cyber-twilight.itch.io/command-prompt-

Go check out the games at the links provided. If you entered don't forget to vote!

I can't add this to the list but I would also love for some people to try my own submission CtrlX shown at the end of the video https://lawrenceparry.itch.io/ctrlx-bullet-hell

Thanks Alex, I just gave your submission a go too, really enjoyed it :) Good luck.

Thanks for the feedback, really appreciated. I would love to make some tweaks to this game once the jam finishes :) p.s. yellow's really good for building combo if you get up close ;p

Great level of polish and an excellent concept. Love it.

Great concept, reminds me of Mario Galaxy. Controls are a bit difficult but good fun nonetheless.

Great juggling of mechanics. The enemies could do with firing a bit slower or in bursts so you can dodge across their path. Other than that great game :)

Good fun,  I like the addition of the reflectors to make the player shoot more carefully.

Great fun, the draining health gives the game a really good pace. My only criticism is that it lacks color; enemies are difficult to quickly distinguish from the background.

This game was made for the Game Makers Toolkit Game Jam (2017).

A bullet hell game where you literally become your enemy. Upon killing an enemy you teleport to their position and gain their abilities. Be careful with the order you kill enemies in; different enemies are more effective in different circumstances, you don't want to be caught out.

How does your submission match the theme? The game is built around the idea that shooting an enemy not only scores points and removes them but also makes the player 'become' that enemy; teleporting to its position and gaining its weapon.  In addition to removing the enemy and building points shooting enemies serves a multitude of other puposes;  Teleports the player; helping the player to avoid projectiles (any nearby projectiles are detroyed). Changes the players weapon; giving importance to the order in which enemies are killed. Builds combo; forcing the player to act agressively.

This game was made in Unity3d, what little sprites there were were made in Photoshop. Music and sound effects were made in LMMS  using the SFXR and Nescaline plugins. 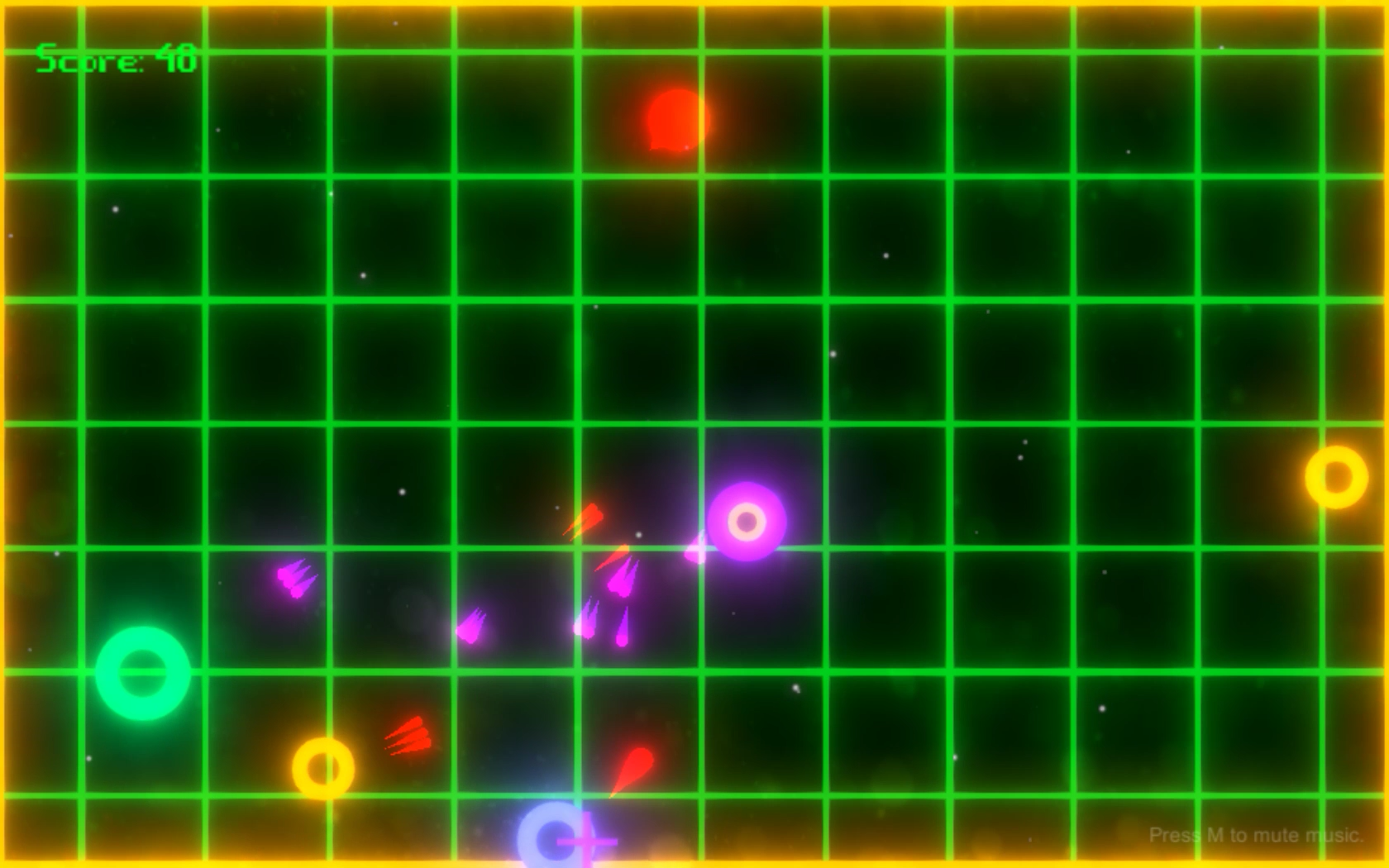 Had fun making this about a year ago, figured I should polish it up and put in online to get some practice in before the GameMakers Toolkit Game Jam.

A game about driving through traffic. Or into traffic. Probably a bit of both. The more damage you take the further you get sent flying! Avoid being knocked off the left of the screen to stay in the game. Points for distance traveled and destruction caused. Made using Unity. Sprites were made in Photoshop. Sound effects and music was made using LMMS and the SFXR plugin.

Check it out here: Wreckless Would love to get some feedback.