Phonomancer (Tabletop RPG)
A tabletop RPG about hexes, drugs and Rock-and-Roll - and the magicians who love them.
Lady Entropy

If you submitted your RPGenesis already come celebrate with us the fact that FINALLY, FINALLY it's over, and you can go back to having a real life again!

Share with us your tales of joy\sorrow and tell us what you loved most in this event.

Hi, Dusty! Welcome to RPGénesis! I see you have quite a few games - incredibly impressive (even if they are not commercialized).

I'm very glad that this mad dash for creating a game in a ridiculously short timeframe is helping people to try concepts more off left centre that they get enthusiastic about. I look forward to reading your game (if possible).

Interesting concept - are you thinking of using the "four humours" approach in regards to the "people's essences"?

In regarding to titles, that is normally something I struggle with (my first project only got a title one day before the end of the event) so feel free to ask for suggestions. It was a friend who helped me get my title.

We have been moving the development threads to this subforum so they are more easily found:

And if you're interested in seeing this game developing live, I'll be writing it on Google Docs:

Drop by and feel free to leave comments. 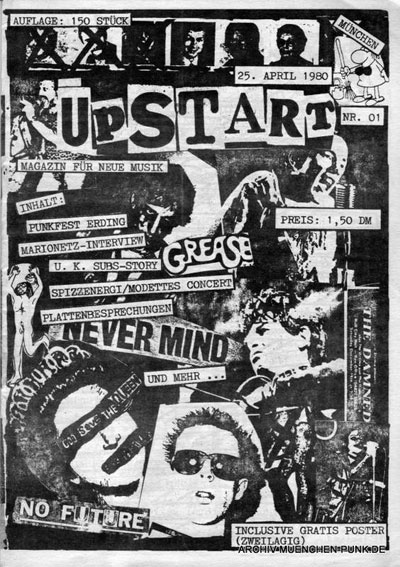 I am not a game designer.

I know very little of theory, and of best practices, and I couldn't tell a probability curve from a ski slope (I just find the GNS and "incompatible agendas" very silly and that will be the hill I die on), unlike a lot of the people entering RPGénesis this year.

I feel like, instead, I'm more of a punk creator: I have ideas, and I'll follow them, and my incomprehensible caterwauling  (or typing) does have some beauty and logic to it, but I'm probably the only person who understands and loves it. I know what I like, I have ideas on how to make it happen, but they probably are not the right ideas or theories or whatever.

When she was going to write Emma, Jane Austen famously said "I am going to take a heroine whom no one but myself will much like."  This, I feel, is very much the game I'm about to write. I don't expect anyone to like it, I don't expect to come up with anything particularly groundbreaking or creative but... I want to do it so very badly.

That is something I struggle with in NaNoWriMo, which is giving myself the permission to write something god awful. It's not possible to write a good game in 7 days. The magic comes, as they say, during revision. But somehow, my inner editor is rearing its ugly head and tried to persuade me nobody would want or have fun playing my game. 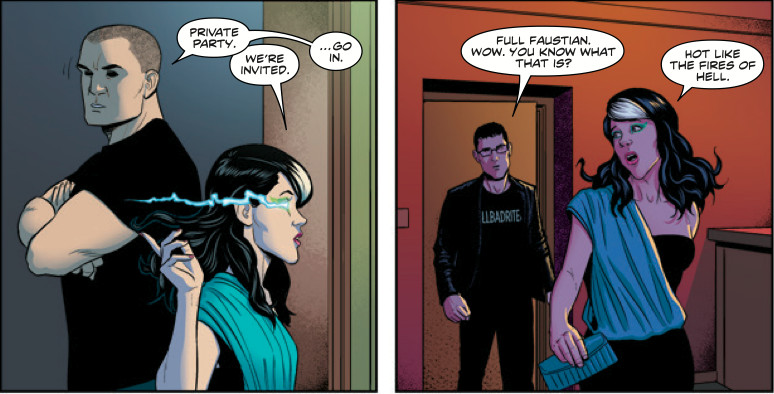 I'm not entirely sure why I decided to make an RPG about an autobiographical comic that is also a metaphor for the dangers of fandom - the danger not for the artist, but the fans themselves. How an obsession for something can end up killing your love and enjoyment of said thing. Phonogram is a comic book by Kieran Gillen, about wizards who do magic by being really REALLY into music, and follows protagonists which are not life goals, rather cautionary tales. I loved it, maybe because I recognized it one of the sources for one of my favourite RPGs, Mage: the Ascension.

When Jogador-Sonhador (old friend and partner in crime in creating RPGénesis) asked me what my game was about, all I could tell him was "It's about sacrificing what you love in the altar of ambition in exchange for power."

I think he was right in not being impressed - he is a very good designer after all, while I'm the runt of the designer litter -  all I have for me is having played RPGs for most of my life, and tried more systems than I can count.

Still going to do it. 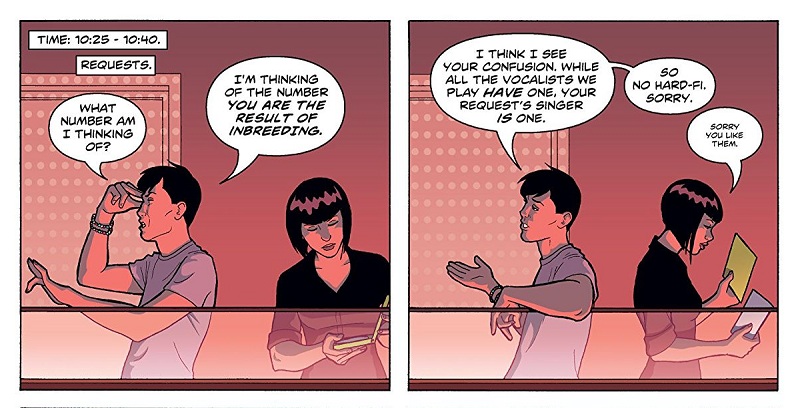 I originally did these daily (or more than daily) updates with pretentious titles and images to reflect my mood at the time during the first RPGénesis. They, surprisingly helped more than I cared to admit, even though I kept telling myself they were a waste of time - that I could use typing or creating. But they made me think and write, and engage with the rest of the community that would throw ideas at me and force me to find the weakness in my builds instead of trying to "I'll fix it later".

It also gave me a sense of panic and anxiety for wasting time that was a great motivator in writing harder (it worked, my first RPGénesis clocked in about 12.000 words).

So, yeah. Instead of my very strange original idea for this year (a Romantic Sim RPG!), I decided to take Kieron Gillen's words as a challenge - when he said, that, unlike Die, his D&D inspired comic book, Phonogram simply wasn't RPG material.

So, I decided to prove him wrong. I told him so to his face, a week ago at a convention in London.

He seemed very enthusiastic about it - how am I supposed to be punk in these conditions?

While it might be a little overwhelming to be part of a community event where most people will be speaking in a very foreign language, let me reassure you that generally you will have zero problem communicating in English here. Tabletop Role-playing games are never translated in English in Portugal, so all of us have become considerably fluent in the language just from engaging in our favourite hobby.

Don't feel pushed away from interacting in topics or asking for help  (all the organizers speak English, as do most of our participants). We have always wanted to open this little event beyond our borders.

And before you ask, no, you do not have to write this in Portuguese. You may obviously write in whatever language you prefer (we would recommend a language other people could read, as we definitely would like to read your game (still, an RPG completely written in Pig Latin would have its merits).

Finally, I will use this thread to post up translations of any important announcements or topics (and link back to the original). That way, you can read here what is going on, and then go to the thread to participate.

#RPGenesis is a tabletop RPG design community challenge, aiming to write a tabletop RPG with a minimum of 5000 words, in seven days of August 2019. This jam happens in the same spirit of previous years, and of other challenges like the NaNoWriMo and NaGaDeMon: with the purpose of sharing creative energy and motivation between the participants, as well to bring out the spirit of "learn by doing".

Therefore, the best approach to this is to imagine, speculate, write and organize your game without second-guessing yourself, in order to submit the project on time. Are you ready to take the challenge?

Click on "Join Jam" and join the #RPGenesis Community here on itch.io! On Twitter, if you want to promote  your participation in this community event use the hashtag  #RPGenesis (yes, no accent). Invite your friends to join us!

This challenge is being organized by:

Hi, for those who don't know me I'm Ana (or Claudia on Facebook), also known as A Amiga da Onça, also known as Lady Entropy (and  for the rare few who still remember the old Vampire: The Masquerade Portugal forums), once (long ago) known as Madame DeGuil).

RPGénesis was a fever-dream idea I imposed on Dreamup \ Jogador-Sonhador shortly after I discovered NaNoWriMo - and I wanted to be part of something similar for RPGs (okay, what I really wanted was to persuade Dreamup GM a very specific game for me). But since 1 month of writing and 50,000 words was far too demanding, we agreed in a deadline 7 days (as in the Christian creation myth).

Although the first RPGénesis actually lasted 8 days ... but shhh, don't tell anyone. We were awful at maths.

I own way too many RPGs (about 500 -  on printed format), DEFINITELY  too many dice (stop counting when I reached 300), and a considerable lack of good sense.