really really loved this game! I want more of it haha.

One thing I would say is that it is a bit easy to break by stacking into magic but not in any way that made the game unenjoyable. Was a ton of fun to be a little power house. Congrats on the jam! 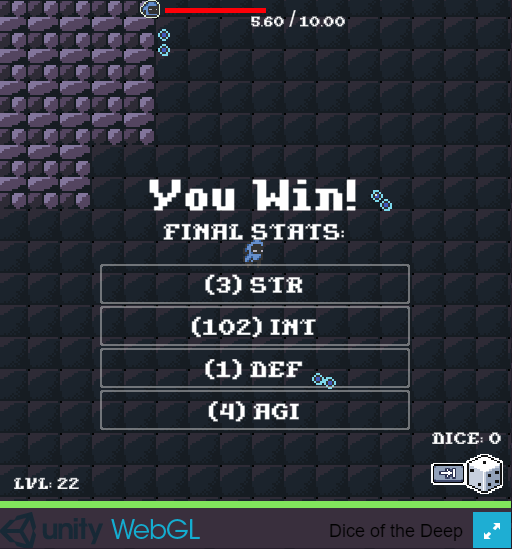 Hey there! Thanks! Honestly probably not, I think this is as far as this version of the game will go but who knows in the future!

Cant steal anything whilst someone is looking! :P ;)

I actually own a RG351p but I use ArkOS with no issue on any of my builds, It should be fine as its just a .gb?. Ill see if I can find anything out

Its now a function of GBS3 called metasprites :) its pretty simple to work with in that version of the program but I will warn that you can very quickly run into sprite limit issues which is what happened to me haha!

Sorry I have been away in the states and havent been checking in here! as @horntm mentioned here in the replies, its definitely on the cards but I cant work on it until I have a pocket of my own to test the build of as the conversion from GBS1 > GBS2 > GBS3 > .Pocket currently completely breaks the game. Its not as simple a procedure as I had hoped!

Its been cool to see people jump on converting the current file and I have no problem with it but I will be working on a legit version when I can. Who knows, this might all lead to a bit of a Deadeus DX kind of deal too as GBS3 would allow me to do that.

Reply
Deadeus community · Posted in No Save Data?
-IZMA-1 year ago

Im actually not sure but having never heard of this problem it makes me kind of incline to think it might be something up with the emulator? Due to how GBStudio works, the save/ load system is integrated into the engine so I dont get to decide where it looks or saves to. I can pass all this to the creators of the engine though

You dont install Deadeus, you use an emulator to run it, I recommend BGB Emulator to do this and you can download it for free :)

No worries at all! :) Im glad you enjoyed your time with the game!

Reply
Deadeus community · Replied to Zebetite in [SPOILER] Unable to use knife on cultist by the pit?
-IZMA-1 year ago

There was a wiki started but I wasnt involved with its creation so im not sure whats on there or whats planned for it if anything. When My schedule frees up a little I might chuck a guide over there :)

Which emulator are you using?

Depending on the emulator sometimes you have to use the inner zipped folder in its entirety (Deadeus folder) and some of them need the inner GB file to work. for emulators I would recommend either BGB on PC or MyOldBoy on mobile. Hope this helps!

You should only be able to download 1.2 now and the physical version will essentially be a 1.3 version as I am currently tweaking further for physical release

Sorry for the trouble! hope its worth all the trouble and you enjoy it! :)

Which emulator are you using?

Depending on the emulator sometimes you have to use the inner zipped folder in its entirety (Deadeus folder) and some of them need the inner GB file to work. for emulators I would recommend either BGB on PC or MyOldBoy on mobile. Hope this helps!

I havent used JohnGB emulator myself (I use MyOldBoy). For that emulator you have to unzip the folder you download from here and then use the inner zipped folder to run in emulator. Maybe its the same for JohnGB? Sorry I couldnt be more help!

Reply
Deadeus community · Replied to Nick Shutter in [SPOILER] Unable to use knife on cultist by the pit?
-IZMA-1 year ago

haha! Its definitely NOT something I thought about and I wonder if you are the only player who thought to do it! haha. Im thinking it might be fine as even if you stab him he would probably fall into the hole right?

Reply
Deadeus community · Posted in [SPOILER] Unable to use knife on cultist by the pit?
-IZMA-1 year ago

haha! its funny you responded today because I just came looking for this comment.

You arent able to use the knife on that guy, there are supposed to only be 36 and you found something I hadnt thought of haha!

Sorry for the stress this may have caused and I am going to have a sit and a think of how to solve this. Thanks for playing the game and I hope you enjoyed it! :)

Reply
Deadeus community · Posted in just played this , it was great!
-IZMA-1 year ago

This is really awesome to hear <3 Thank you so much!

I recommend checking out Dragonborne and The Third Shift if you fancy some more! :)

Reply
Deadeus community · Posted in What tools and/or resources did you use to make the game ?
-IZMA-2 years ago

I used the free Engine GBStudio and there is a bunch of good documentation and youtube videos on it :) I recommend it alot!

Reply
Deadeus community · Posted in Still one of my Favorite games I've ever played on my channel. PART 3!
-IZMA-2 years ago

Yours was one of my favourite playthroughs so im so excited to see you play more. Hope youre enjoying it! Ill share when i get to my desk and check it out

I had to take it down temporarily.  Its back up now, sorry for the confusion!

Unzip the first zip file and then run the internal zip folder in MyBoy. That should work

Thank you so much for the lovely words! Cant wait to see what you make :)

It really means a ton to me that you enjoyed it!

I'm excited to make more for you to play in the future. There's plenty more to this story to come.

I really like this picture too, mind if I repost it?

Found the issues, think I fixed them. Testing tonight and will upload tomorrow

Ill test this out tonight and sort a fix in the week. Thank you for bringing it to my attention!

Is that in this 1.1 patched version or the original?

hahaha! If you stole BOTH of the flowers you shouldnt have run into this bug so you should have been fine. Did you run into any trouble??

Reply
Deadeus community · Posted in This is great.
-IZMA-3 years ago

Hey this is awesome! I LOVE seeing pictures like this.

Just incase you missed it. there was a patch that went up on the main game page, you can redownload for free if you run into anything :)

Hope you enjoy the game!

I love this! Thank you so much! 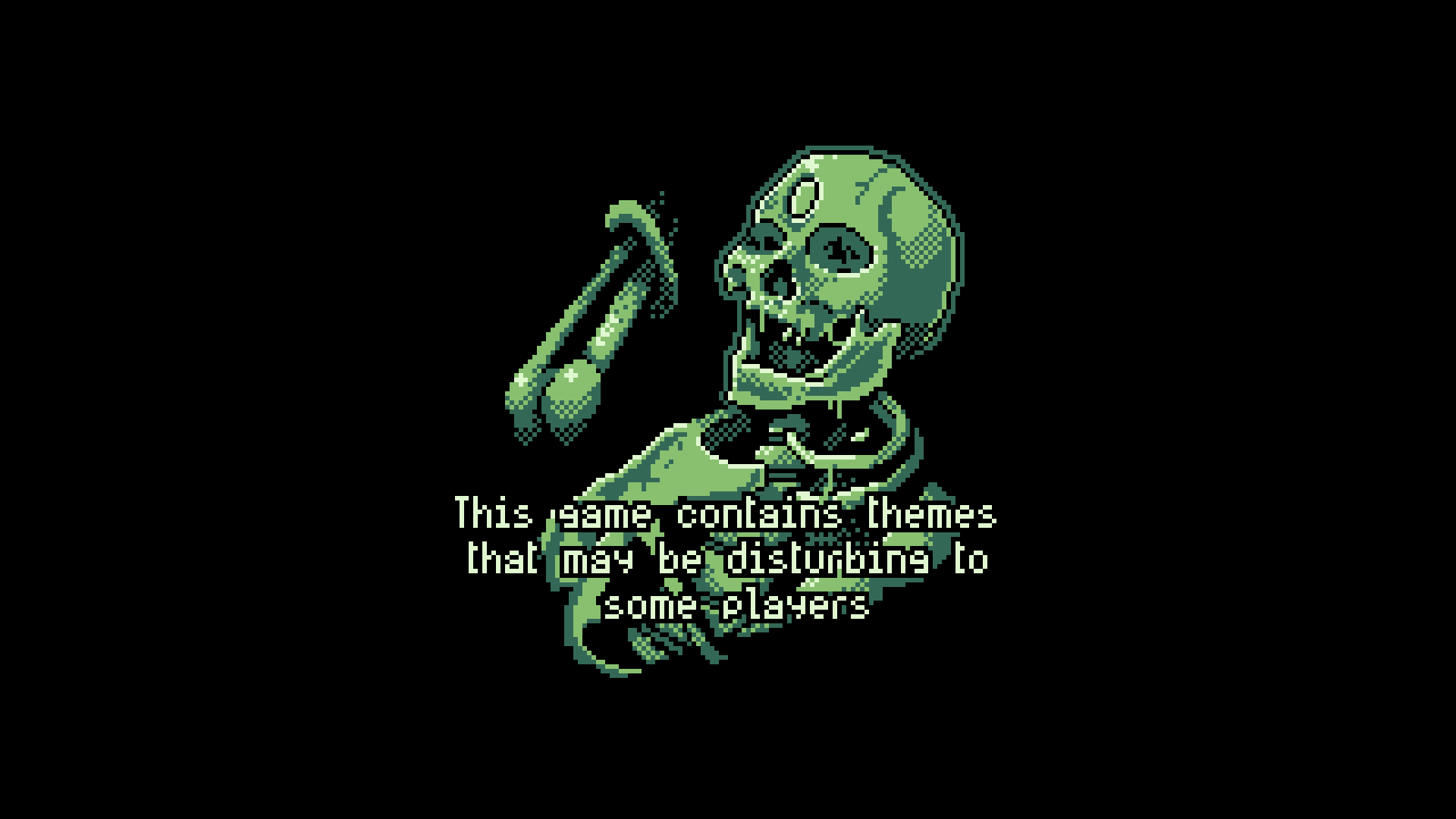 The game centers around a small boy who has a prophetic nightmare telling him everyone will die in 3 days and that he has to investigate his village to see how he can save them, if at all.

The game has 11 endings and no direct path leaving it up to the player to decide which is the best course of action.

The game comes as a ROM file, to play it you will need to download an emulator to your device. For PC users I recommend BGB Emulator and have included a config file in the folder for the best set up for the game. If you can run a GB/ GBC emulator on it you can run Deadeus on it, during development it has been played on a PC, Mac, PSVita, GB, GBC, Android and even a Nintendo Switch

The game is also playable on an original Gameboy using a flashcart or other emulation cartridge. 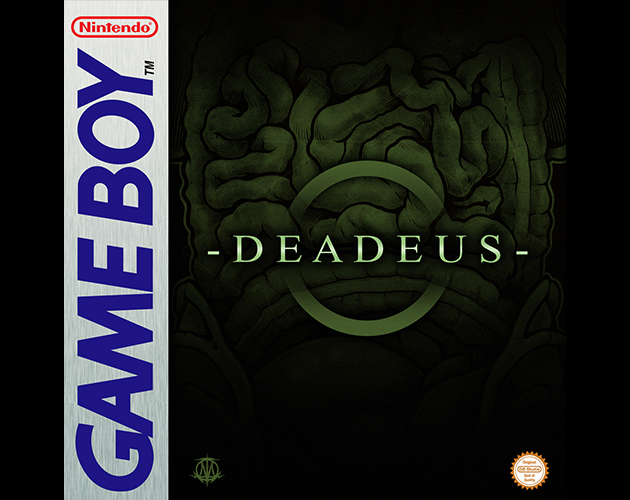 The game is just a ROM file for now that is playable in an external emulator. There is no exe just yet.

Hey! Yeah sounds were planned but fell just outside of my time. I'd love to come back and sort a better version sometime in the future! Thanks for the kind words

Thanks! It was definitely a lot of fun to make. Just checked out your page and definitely joining in on your jam!