The Defender
Tower defence game with fog of war and mushrooms
Dimonasdf
Strategy
Hither Thither Shower
Taking bath may be tricky, as water never wants to be of right temperature.
Dimonasdf
Puzzle

Thanks for doing this for this Game Jam. Means a lot to game makers to get even the smallest review on YouTube. And also helps the whole community to grow.

This is just rude.

Yeah, the explanations are minimal, and the gameplay does not really guide you. Slapping the "what to do l" sentence in Scores was literally the last thing I added to the game, hoping that people will see it eventually out of curiosity)

I'm sure I can compete for "The Worst UX" prize, but I'm still amazed by the fact, that I was able to finish a project from scratch in 3 days. I had a number of projects before, but they went on for months and never got done. So I'm really looking forward to the next Jam!

I'm also sorry it was not mentioned, but the boy and a part of background are not my work, they were found on the internet, and I'm also not sure, whether they are free or not.. I hope I'm not getting into trouble)

I am not a native speaker and have never used this idiom, but I really hope it's correct) It is supposed to mean something like "here and there", or "this way and that way", like tuning the water..

But I guess there is something from your one too, - you start as a black ginger boy, and next moment you die for no reason. 🙄

Why would you expressly remove keyboard controls? This makes me a lot angrier than it should, and I will force myself not to rate this game, because it probably is fine inside. But please promise me to never do this again, ok?

Nice game, enjoyed both playing and braking it) OMG, the best game! These graphics hit straight into the PS1 players feelings! And we desperately need source code, ofc)

I just learned to squeeze myself through walls. That was easier to come to, than what I've seen later in the tutorial video)

Keep trying and you shall succeed)

Also, color changes are instant, they are just not very big, otherwise the game would be unplayable, as you need fine tuning, instead of skipping half of color range in one click. 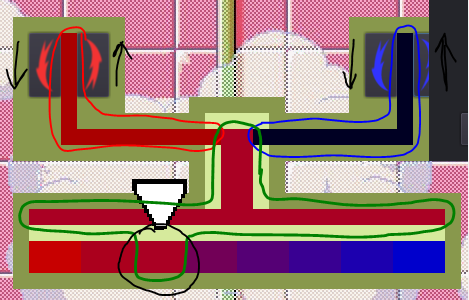 And what's in green - is all the same color all the time. Effectively, you don't have to look at the top part of the tap, as it's just a supporting graphics. You can play only looking at the black circled rectangle. And at the boy's status, that helps a lot.

Yeah, I've given the game to another person to test, and she caught the way pretty fast, and found even better strategy than the one I used the whole time while testing. The only problem she reported was no signs on the buttons. That's why I added some arrows and rearranged buttons, to "open" counter-clockwise. _I've literally just realised, and the arrow facing down, which is meant to "close" the handle, is actually facing the same "oppening" direction xD_ But if I'd made it looking up, as clockswise "closing", that would just leave us with 2 buttons showing "up" (hence - "increase"), which would be even worse.

So, we have 1 up - more - and 1 down - less - button on each side, and a nice reck just in the middle in gamma, to easily spot if it's redder or bluer than needed.

I'm guessing it's just terrible design and graphics, if this is not as intuitive as I supposed. I'm really bad at those, sorry(

And it was unneededly hard to make she whole flow go to the correct spot, as would either need manual locating for any level and any random spot, or a whole lot of code to position all the rects via script.

I've decided to go for compromise and make top part fully static, while the bottom play area creates itself completely automatically, based on just two variables - "quantity" and "correct rectangle".

Also, what "large bar" do you mean? The rectangle which is black in the gamma is always the same color as the big horizontal one, and same as little vertical one above that. These are rectangles, showing mixture. The ones going from the handles are either only red or only blue.

The goal is to make mixture color be in line with the rest of the gamma. It should not be the same as the one on the right or one on the left. They may sometimes look visually same, but actually they are not, if the game catches a win state.

Hi, I tried .apk on my One Plus One, the music was playing, but this is what the screen looked like. Static, just like that, nothing was moving. 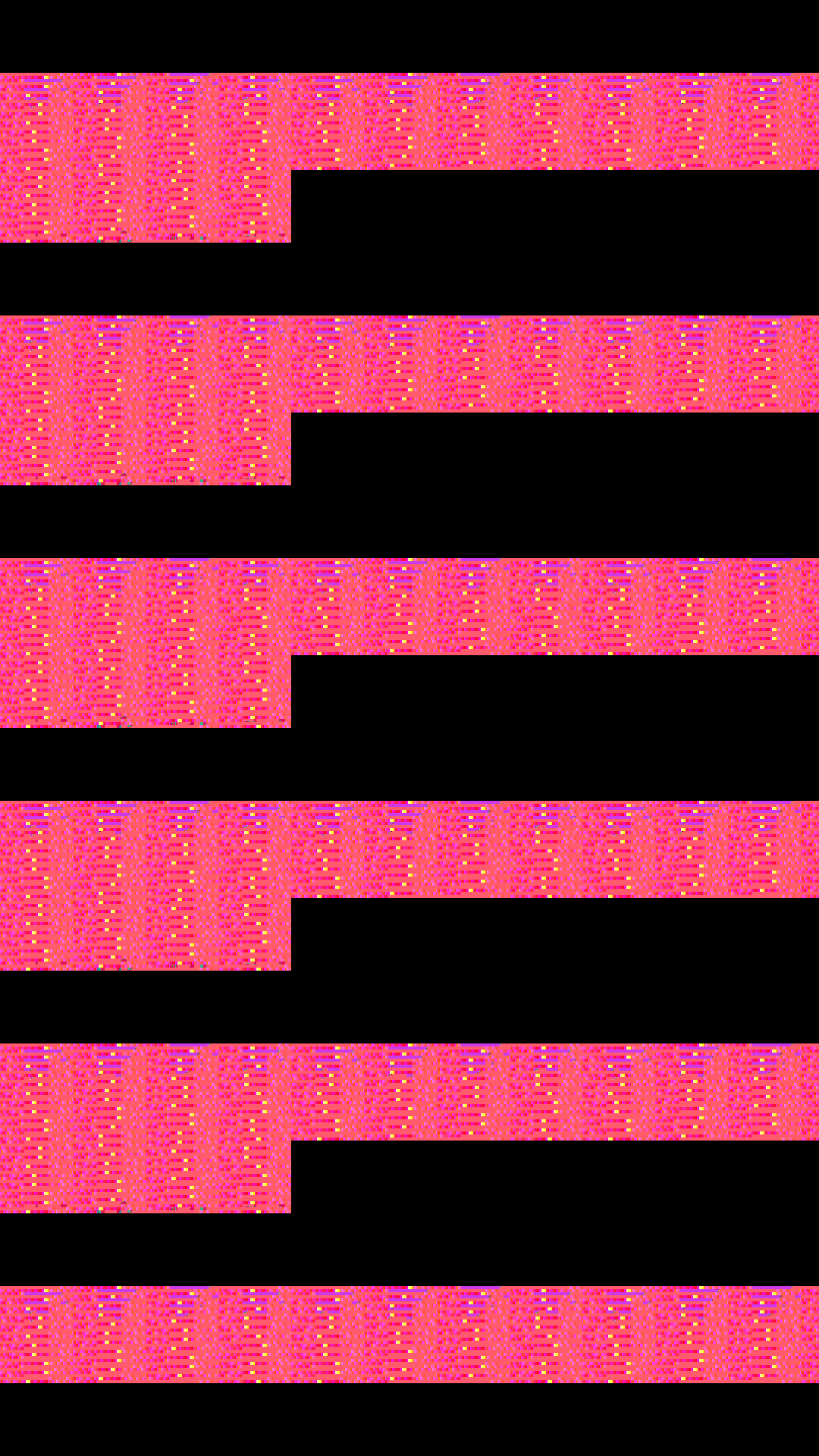 If packs are interchangeable, you can grab one from Windows archive, or go for an online version of the game on my github.io, link is below.

I presume you are talking about Linux version, because I am aware of packs for Windows. Sorry, had no idea what should go with Linux, I just ran it's export along with Windows, hoping it would work as is. I'll reattach a correct zip soon.

Graphics are 210% worse, but I went for that Blendoku-like gameplay. 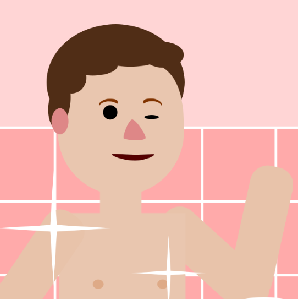 Sorry for bad graphics and weird UI, but I really hope you enjoy the gameplay.

Get rekt by random spawning)

A well made game.

Theme is little to non-existant, but the game is very nice)

It's possible to compete on how fast you can burn yourself, especially using that sweet spacebar acceleration)

No winning condition, though. But the process is quite relaxing and enjoyable, that's true.

You may want to make score menu not so easily skippable.

I'm guessing the ice should melt, but it doesn't. Thus you can't get past lvl 2.

It crashes on start.

Also, please sort the downloadables. Win32 does not include .pck.

I downloaded "All Versions", but none of it worked in any combination.

Very nice game, but why on earth do sun and bowl share the controls? xD

Would really want to try the game, but Windows download does not contain what it should be. There must be .exe and .pck.

You may have forgotten to include .pck

That is a one weird feature. Fixed it, ty.

Code is a mess, but it works)