I may have hidden it too well, but there's an option in the settings (upper right corner) to increase the game speed. But I think click to skip forward is a good idea, so I put that in too! Clicking in the messages area when scrolled to the bottom should auto-advance now.

One of hygge's hints is indeed incorrect. However, it's not impossible for something to be moved down from the top row. In fact, you've already done it, and posted screenshots as proof!

It's a challenging puzzle, especially at the start! There's a path through it without using trial and error, but it's very disguised at times, and my threshold for what counts as trial and error might be higher than yours. There are several intended steps where you're expected to find that a move will result in a contradiction after one or two more forced steps, but it shouldn't require any deeper lookahead than that.

There's an undocumented feature where you can click a rule and it'll check only that one, so you might be able to experiment with that and figure out the rule. ROT-13 spoiler: gur ehyr qbrf abg gnxr mbar obhaqnevrf vagb pbafvqrengvba ng nyy

There's an undocumented feature where you can click a rule and it'll check only that one, so you might be able to experiment with that and figure out the rule for sure if you haven't already. ROT-13 spoiler: lbh ner pbeerpg, tebhcf bs pbaarpgrq tenl fdhnerf zhfg or erpgnathyne

Very fishy I agree, sorry about your computer! I have no idea what the problem could be because it shouldn't idly be doing anything besides scroll the background, but this is my first time ever using this engine (Godot) so it's quite possible I've messed something up. Maybe the desktop version will be easier on your CPU?

This is unbearably cute. I'm actually completely satisfied with this not having any sort of failure or win condition and just being about dancing around in the middle of a crow storm

Two of them, though both are broadly similar in that you end up in the same place with a black screen and some dialogue

Is 4.5 possible? It seems like the intended solution is to push a block into a pit, which the engine won't let you do because of the adjacency rule.

Yeah I figured "open up a binary blob in a text editor and hope there are readable strings in there somewhere" proooooobably wasn't the "correct" solution to this, but since apparently no one's been able to do anything else useful with the file, I didn't want to rule it out

I don't know if you're intended to use a cache viewer or not, but it's not necessary (I didn't use one, I'm not sure there's even one for Mac). You can get what you need out of the file another way.

The current version (6) works for me on High Sierra, don't know if it was updated since you tried it or what

I really like the idea of a stealth streaking strategy game, especially the twist with the selfie levels (that was a really clever way to motivate having to visit multiple spots in a level), but most of the levels ended up feeling pretty samey to me. Like, for the most part, I just plowed ahead until someone was in my way, diddled around until they moved (because there was always a safe spot right there to do so), and then repeated until I was at the goal.

I think if I were making this game, I'd have tried adding things that you can actively manipulate or use, because you can only passively move and wait around and I think that might limit the kinds of "unique situations" you can get into. A couple of ideas off the top of my head: a way to temporarily distract NPCs by having them pause or turn in a direction they normally wouldn't, and movable cover you can push/pull to block sight lines (I think this could open up some really interesting possibilities if the moving NPCs could also push them around, but then that would add some real complexities to both level design and even just the game logic).

Cool base here for sure though!

I ended up using save states pretty liberally after reaching the screen with the ghost, immediately getting hit, and then getting sent back to the first screen in the game. Dealing with the bee, ghost, and bat all took multiple tries to figure out, and if I didn't get it right on my first try then I basically just died, so getting sent back multiple screens just felt really punitive.

Pretty cute game though, aside from the wonky collision detection sometimes (which you already know about), congrats on making the first Atari 2600 game I've ever played!

Get a load of these two extremely good dorks. I finished with 58/65, I didn't really feel like doing the backtracking after shrinking.

Was it intentional that Callie can't deflate on her own after inflating with the fish, but Ruka can? I thought it was a bug at first and actually ended up resetting to the last checkpoint once, and I was confused later when she could deflate on her own while ballooned. 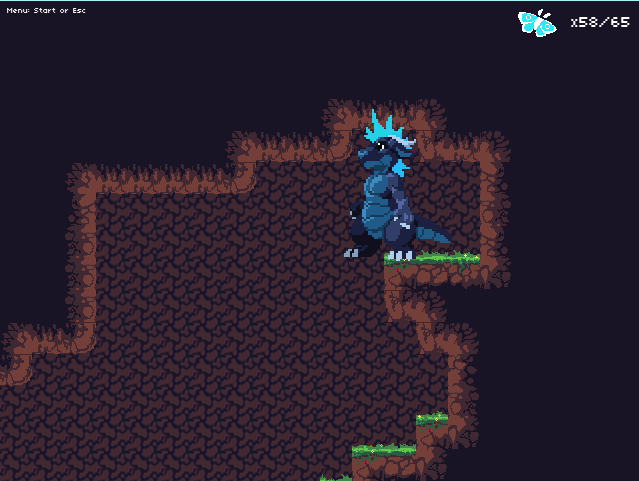 I found the name-only requests to be quite a bit more fun than the explicit part requests, and kind of wish there was a Hardest difficulty that was just that! Though, understandably, some of the combo names are pretty hard (if not impossible) to figure out without having found them first.

I ended up quitting in zone 23. DPC was 200 and DPS was 66. I didn't really feel like clicking any more and it didn't seem like mathematically the DPS would ever be useful without grinding for cash for a really long time. Cute art though!

The upgrade price increases each time you upgrade something, but the 10x price is ten times the current price, so it ends up being a discount if you buy with 10x instead of buying 1x ten times. Is that intentional?

I have the bug too, it's manifested in different ways?

First it worked like this: when I equipped one ally and then another, it would completely ignore the second's DPS and just keep the first's. If I then unequipped the first ally, the DPS would drop to zero. https://www.youtube.com/watch?v=pueTHb7dQQo

And now it works like this: when I equipped one ally and then another, the second's DPS would overwrite the first's. If I then unequipped the second ally, the first's DPS would come back. https://www.youtube.com/watch?v=WpSK8_5IQc0

I'm not 100% sure what I did that made it switch, it's possible it was buying/equipping the next item but I didn't do before/after tests.

Yes super cute, great use of animations. I love how this hammer has a personality somehow

I liked this, evocative and creepy. I also like the 3D depth you managed to give the avatar sprite with its two-frame animation, that's really good.

Really nice! The penalty for crashing into things being half your power initially felt WAY too punishing to me, but after playing more it led to a good balancing act of intentionally skipping stars and throttling my speed, because it's much better to go slower and not hit anything than to go faster and hit something. So maybe that was the right decision after all!

The Flight game feels like the song, in the shape of a video game.

Trying to push around this super heavy tank was kind of interesting. I got a time of 37.675!

Gotcha. I liked the gimmick of having to make it back to a save point using only the power in order to permanently acquire the power, I'd definitely play more of this!

Is there an ending? I couldn't find anything else to do after getting the squirrel and two extra hearts.

I really like the sprite of the person on the screen with you in it who talks about clouds, chill af

I won with a score of 337,666! Just once though, the later waves have too many enemies for my computer to handle and the framerate plummets.

The trail when you have max health is p. cute

The timed menus on days 2 & 3 didn't show a timer bar for me like the one on day 1 did, was that intentional?

This was quite a bit longer than I was expecting it to be, nice work! Did you start writing or planning out the story before the jam officially started, or did you make everything in the week?

Where can I learn to be as cool as Casey

Could be. Here's what comes up in my emulator (Gambatte): 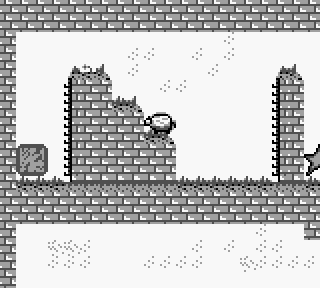 It's not solid and sits in front of the sheep sprite

The art & sound direction in the things I make is mostly just practical, because I'm bad at the Drawing and extremely bad at the Music, so I'm really grateful to hear that I was able to sneak some expressivity through some circles bonking off each other.

It was fun while it lasted, the world can always use more adventures with vigilante zombie owls