And who are you @Perkedel Technologies?
You write like you own the game and Redamz is just a person who works as freelancer for you.

You find it serious? I can't because i don't care about his litte rage, this anymore. I got to much work to do and a business to run. So I only can lought at that unnecceseriness of triggering - and just ignore the rest to keep the trolls out. And ofcurse MasonatorRoblox in't totally wrong but needs to look better onto the timestaps.

W0lfPakNati0n1049 is to only one the clever one by not responding and chill. :)

i see, good to know and i hope you can fix it. i updated my game and see, the save game from 7.1 loaded in 8.1 nearly fixed the weed problem. ;) 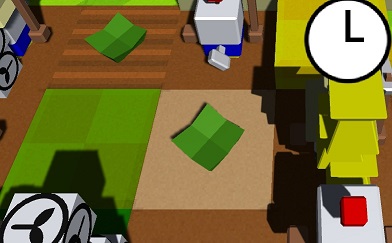 Hey Denki, i try a lot the last days in my spare time but i can't reproduce this Bug.
I will switch these days to V8 or maybe i need to skip to next Monday because my Workload is granting me not much time to play anyting.

You don't get it, you respond days later and you ignore the time between our conversation but hey now you got your 3 times by ignoring time and only looking at the postorder. Greatwork - And yes this will sound like an A-Hole and this time im fine with it.
And thanks for correcting my grammar, so i can learn from it because english is not my primary language.

And as a note: buddhism is not in any way or meaning a religion.

Uh he too has nameless bots, like i posted my little horde of 77 where only 4 got names and the rest doesn't. so it seems like after hitting 180 it may glitch out their names or dube bug the bots? :D or like a Cabal do ... both... xD

and this needed to be a separate topic and with exclamation marks?
please make a mind note: pre-pre-pre-alpha means that the dev(s) are working on the game and it's main features, and for this a single map is all it needs.

if you really need to have a other map, ther is already a topic for that and a mapeditor. just one topic over yours and 4 days old. :o)

no problem, is my little "brain-fart" to help if i like something. i'm already in your discord by the way. i will send you a message.

ok i know that you where two - but i only see one dev and i'm not sure if it is you. x'D

Reply
Autonauts community · Posted in How to remove boulder?
Cabal-21404 years ago

As a little hint "," = InventoryUp - without changing the buttons. ;)

symbols in a text like a comma needs to be supportet like "," so they can't be overlooked and a bold comma is not really seeable, specially in the internet where multible people with other base languages are need to read and in their native languge a comma will just be a "seperator" or else - so they get ignored in that text.

it's funny be called being a asshole, as a buddhist you make me realy gringe about that. while i just point it out that in that text was totally unclear what buttons are meaned and you feel to be attecked by such neutral words, but hey writing about facts everbody can see makes me an asshole, ok.

Reply
Autonauts community · Posted in How do I get my saves back?
Cabal-21404 years ago (1 edit)

if you manually installed it, you found your old saves under <user>/<username>/appdata/locallow/denki/autonaouts as txt files.

if you use the itch app it maybe saved under  <user>/<username>/appdata/roaming/itch/apps/autonauts as txt files.

as a side note the folder appdata is a hidden system folder, you may need to un-hide it or just use the path box and write it manually in to gain access.

Reply
Autonauts community · Posted in How to save on PC?
Cabal-21404 years ago

klick loading and choose that *.txt file and press Open? ;-)

it's a one-time only thing. i was trying this four times by now, starting in my previous save. i think that was just a glitch maybe based on my own unity installation? or visual studios or what ever.

it looks like that Storage Boxes overlapping or having to much blueprints will make the game a bit slower without the GPU or CPU scaling up, they sit nearly betwean 20% and 25% and it makes no different if the Game runs on 4 CPU Cores or 8. If i force the Game to only use 4 Cores it goes up to 10% more.

The Game runs much better after removing every second Storage Crate  and removing all unbuild Structures. Storing from 2-4k Items is propably not the big problem. what i think is the Size of the Crate is - becaus they are a bit bigger as their colision boxes so their Back sides are cliping in eachother.

In that Save are about 300 Storage crates and most of them are back to back, if i count that right their are 128 pairs that Overlap that way.

But using the whistle to freez the Bots will massivly speed up the Game. I only Count 100 Bots, maybe i overlooked some because not all have their blue Tag on top. I got around 180 Bots, 77 are inactive without Code and i do have not the same Effect in my Save after the whistleing. 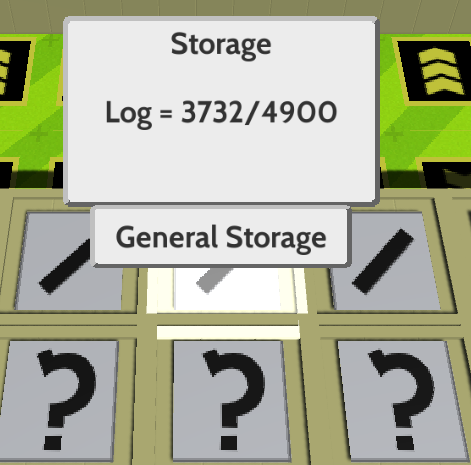 Reply
Autonauts community · Created a new topic Frequently reported Bugs and thinks you think that are...
Cabal-21404 years ago (4 edits)

Please note, that this shuld try to reduce new Posts of the same Problem allover again.
If you Post here, please do only clear known Bugs that are always in Question, no questions them self.
I try only to give here an overview.
Dev's are welcome to make that sticky and this shuld not get Support so no one starts to questioning, to get that Topic mostly clean - ther for are other Threds avivable!

As a Starting Point:

The Beacons are already a very easy crafting recepie.

It is easy to skip the wood tools and crude workerbots and make iron and basic bots in five to ten min max. So Beacons are very easy.
And as a note, the center without a beacon is, exact that square wehre you creat the Codeblock in purple, that can then bound to a beacon, if not, that Point is the Center.

This question pops up frome Time to time, and the answer will be always the same, let the Dev's first make a Game where Singleplayer is as they want it, and then they maybe think about it.

Please Upload your Save and Output_log so a Dev can look in to it.

Reply
Autonauts community · Posted in How to save on PC?
Cabal-21404 years ago (1 edit)

The Game itself saved in txt file format, so that *"save".txt is your actual savegame.

As you wish, here you go. + Edit in the post before.
Edit: If you Read that part at the Top, yes i do have a nearly 8 year old GPU. x'D Can't wait to get my Hands on a Threadripper and RX Vega.

yes, i do only build 4 because it's not possible atm that x times works inside an x times command so i'm not using that bot and build them right away by myself. most of them also have no names, that i think is also not possible because i already do have some bots with the same name.

I updated the save file on my google drive with a version 2 of that save with that bots, if you like to look at that mess. i will wait for you and if you like to, this version is my latest so if it is possible and not to much to ask, that version can be fixed with that weed problem. Thanks. :D

it looks like it is working now in 7.1 or it comes from space spamming if i need to find the right bot when they are in the same spot.

so as a suggestion, how about ther nametags also show ther tool and if multible bots are at the same spot their Tags will stack ontop of each other so we can clearly see them? i always search long for my wood chopping bot between the trees. ;)

and while my mind is going, how about a locate button underneeth the close button in the teaching screen. if a bot runs away becaus you are not want to stop them right away from work, just want to look into the code - and then you need to search for the bot. that can get messy if he is stoppet under a tree or behind and so on.

I build manual 4 Bots but well ... i think something went wrong. I noticed that and decide to place each bot separately.

can't figure it out but i think these are a bit too much, three of them are are not in line because i realised that nice happening after starting to setup bot 4. top left of the red marking is bot 4 that i build as planed. all other are duplicates.

@ Dev's
i have a bug - i think at last.
my bots that uses buckets are always stuck at theit destinated storages at the last step Add to Milk/Water Storage with thair empty Bucket after loading the Game. The Script is short and easy so this time only Text.

can you upload your save file? i would really like to see how the save is affecting my system.

At first i was copying that text here, but after that i though it looks more like a troll, so i used google. x'D
Save

just for you, an update on my world. xD

i think the weed is only partial fixed for my old world and the cows only eat gras atm. and the straw... well i think i got alot to feed them and 1k in storage... ^^ cereals are also available for my cows, see that two small stacks? that are the cereals i mention for my cows + 1k in Storage. :'D 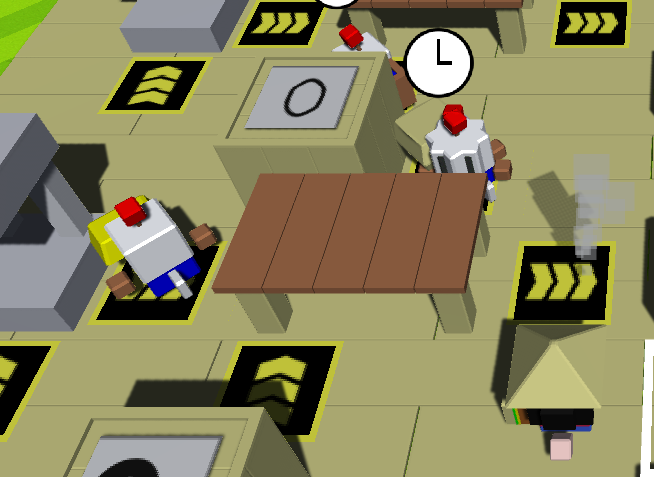 i am a vendor for pc hardware and i am not one of that typ that sells without knowledge. ;)

i got just a bit lazy with the itch app, so all of that lands on my os disk. i have 1TB for Games and one for my Backup-files so i think i am covered. ;)

and now i finally find my saves! x'D got a bit lazy and started using itch app and it looks for the savegame in "*\AppData\Roaming\itch\apps\Autonauts"

@W0lfPakNati0n1049 "press the button" is a realy helpfull information because you meke totally clear which one, there are just over 100 in most cases.

As said before from SoreEarth the Scooter just needs to be in your Inventory all held items can quickly put in there by pressing Q as long as you have space left.

Storing tools is not a great idea, if you want to make them making their own equipment use a code like this.

Totally no. Conveyor belts will defeat the main purpose of the Bots. As i got build everything in the Game at this point of Version 6.2 i can't see any use because my Bots are handling everthing fine and as an activ Factorio player i can say that Bots are for Autonauts a perfect working and transporting mechanism.

The Code Blocks in purple have a little question mark button, clicking that and then on the beacon will set the beacon as the target.