Thanks so much :) Your compliments mean a lot to me, I'm glad you enjoyed the game!

All feedback is great, I'm trying to improve the game at the moment so the next update covers a lot of the problems people have been having. The AI is rather simple so I understand how it'd be hard to dodge them, I'll try and work on that so in the future the AI seems a bit more smart and fun to play against.

Thanks again, all the best.

Thank you for playing! I'm glad you enjoyed the game!

The feedback you gave in the video will be very helpful for me to improve certain aspects of the game too :)

Hi, I apologise if the Swastika offends you, but I won't be removing the Swastika due to the fact it's a WW2 game set in a Nazi base and it's part of the setting.

I appreciate your compliments of the game though, and again, sorry if the Swastika offends you.

Escape - I'll add some more ways of exiting the menu soon so it feels more intuitive.

Case White is an FPS with procedurally generated levels and weapons set in WW2.

The game was created in 4 months for my college final major project, and the entire development is documented here as part of my coursework.

All feedback would be very helpful as I can use it in my coursework and to improve the game in general.

The game is only limited at the moment but I would like to add some more to soon, probably after the hand-in date for the coursework due to time constraints.

I hope you enjoy the game! It does contain Nazi references and mild gore due to the setting of the game so please be aware before downloading in case this may offend you.

I'm somewhere else atm so I'm not 100% sure, but I think the logo in the top left loads fine but definitely no avatars, game preview thumbnail images, game page banners, screenshots or backgrounds. I think when looking through forums a few images people posted weren't loading either but then others would, so might be that the ones which would load were hosted on another site by the poster (it was a devlog which I remember loading, I think it was just a bug submission or something which wouldn't load).

It seems as though it may have something to do with an 18+ filter or something similar. The only connections I'd tried it on were my college connection (of course blocks 18+ content) and my 4G hotspot, which also blocks 18+ content. When trying to view pages through a proxy on my 4G which unblocks content, all the images are viewable. Not sure if this is helpful for the itch devs to know or if there's anything they can do about this, just thought I'd update with what I've found.

When I try to upload a background to a game page the image is broken. It's the same with my avatar and profile page banner too.

Also on other game pages the banner and screenshots are gone, see here for example.

Is this just for me or is everyone getting this? and is there any way to fix it? I can't design a game page for my college work without being able to upload backgrounds.

Yeah more profile customisation would be nice, I put all my games into collections and don't display games normally so it feels more consistent.

Really liked the feeling of exploring the world. I think the idea could be really cool if it was more fleshed out, such as more content in-between each letter such as enemies and story. Although it's a short game when I found a letter it was a really nice feeling and knowing where to go after seeing a letter on your journey was satisfying.

I did come into the double letter bug that a few other people mentioned though which is unfortunate. Didn't really take anything from the gameplay though :)

I wanted to make a devlog to keep the progress of my game over the week and thought I'd do it here as others were doing it in this section last time.

I decided to go with the generic route for Summoning, so I'm making a game about Demons. It's going to be a wave based shooter which'll be fun because I've never tried a 3D third person game before :D (The name in the title isn't final I just thought of it on the spot)

Also I missed the first day and half because of being away but will have more-or-less the whole of the rest of the week for the game.

So this is what I got in the first few hours. I have come to the conclusion that I completely hate animating and blending animations. So many little problems and there's still some small problems with it that bug me. Going to have another look tomorrow morning at them though. Also made the player model, and rigged it using Mixamo and also downloaded a few of their animations for locomotion.

Although it was a pain in the ass I'm quite happy with it overall though, for a first attempt at least.

Made quite a lot of progress today. Not really much on functionality but tried to get a lot of the aesthetic out of the way. Firstly, I made the environment in 3DS max. As you can see it's very simple, but you won't be seeing much of it anyway so I wasn't really bothered about getting it pretty (and I'm quite bad at art). 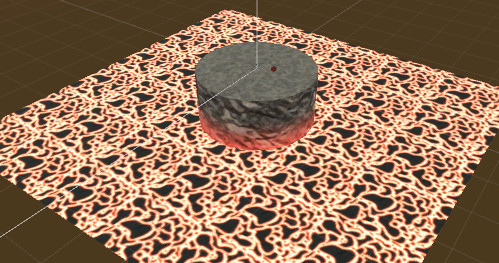 I also added quite a bit of post-processing to the camera, which makes the game look a lot different. I think it still needs a bit of tweaking here and there but in my opinion it helps give that dark/demon/hell feel to the game. Here is before and after. 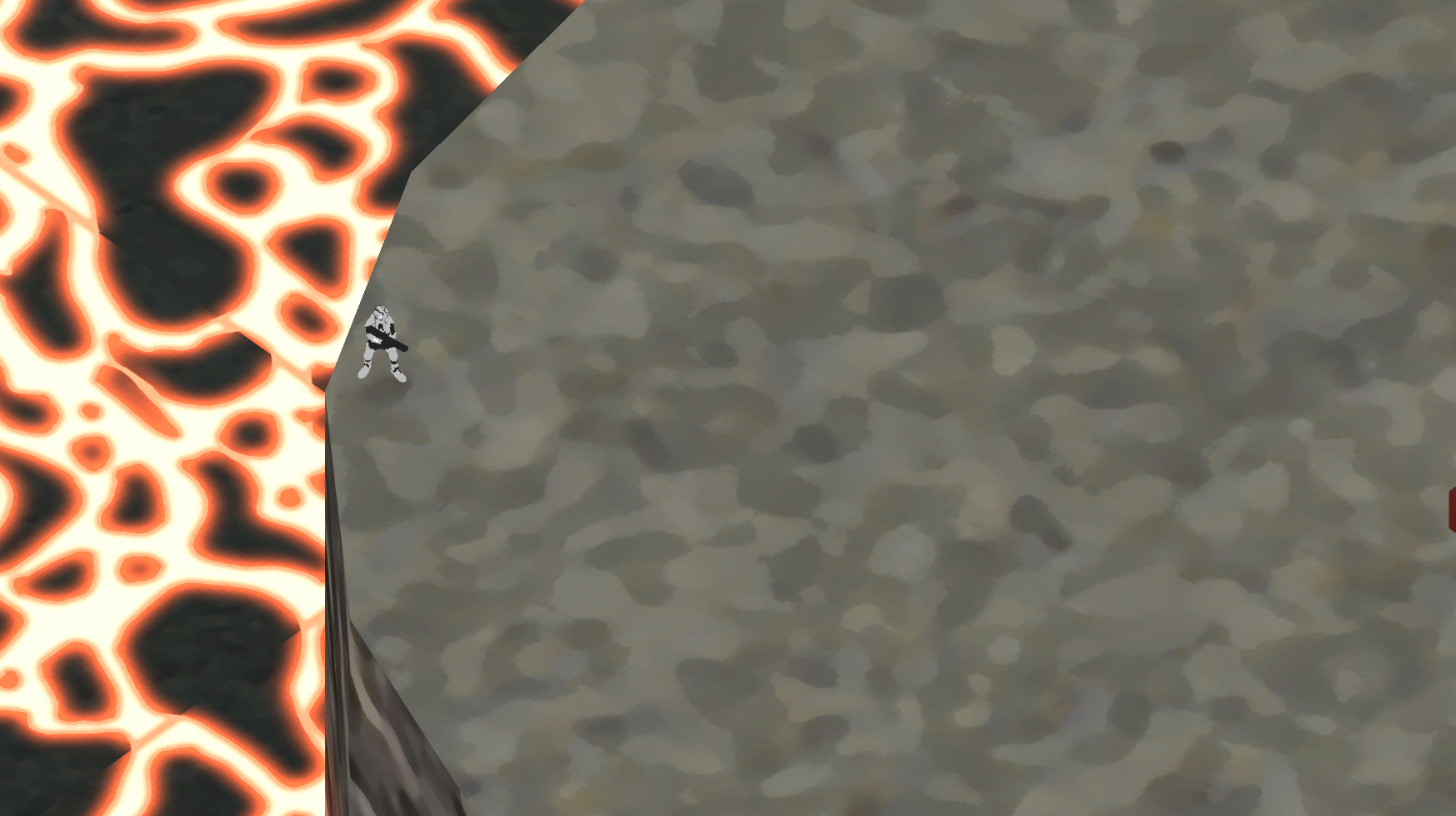 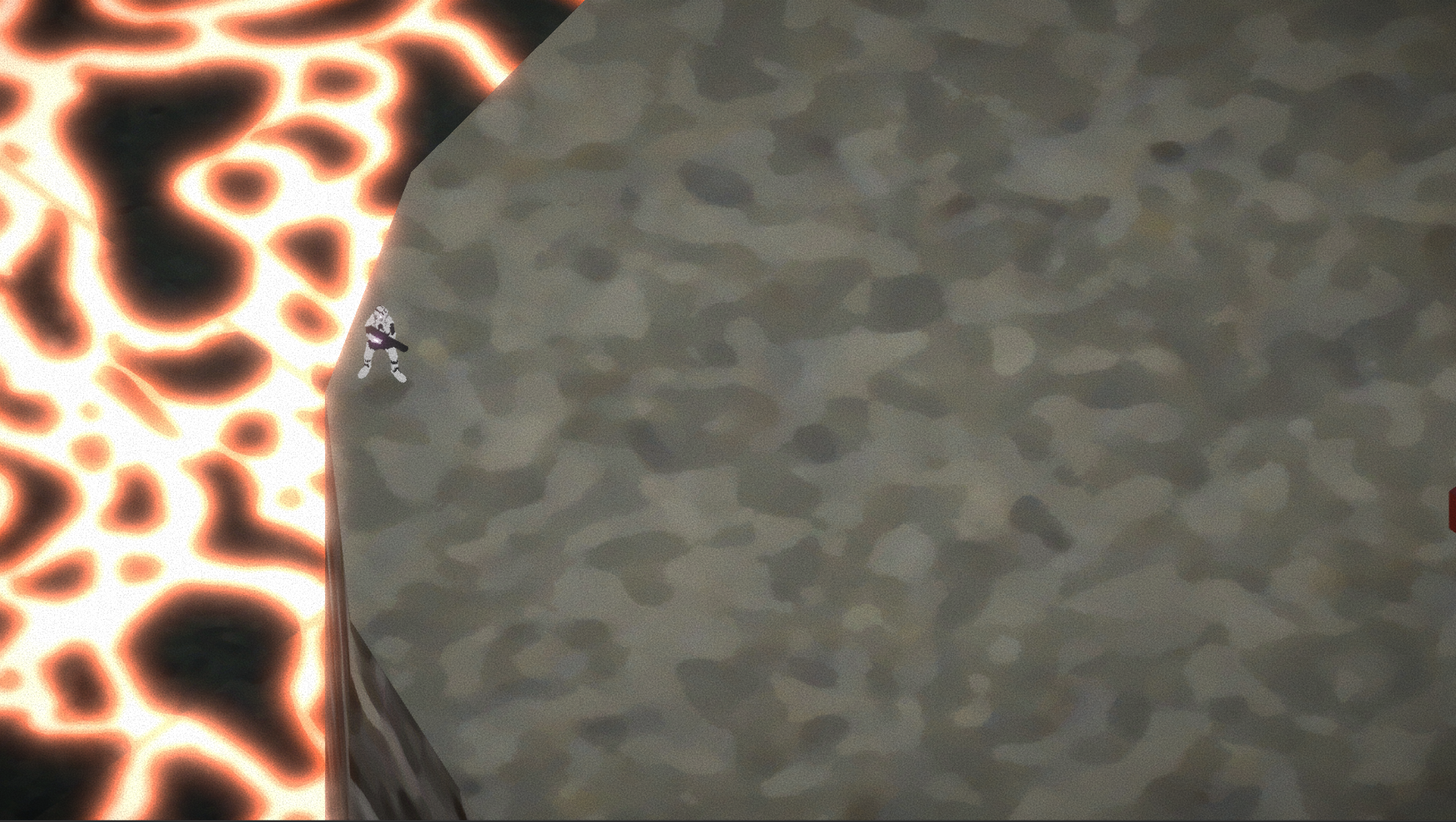 Lastly I started on a small intro for the game and added shooting & a dummy enemy to test on. I tried making a gif showing these but the grain effect caused the gif to be 100mb... so here's a video instead. (Quality is terrible because it was once a gif, then converted to mp4, it also cut off the shooting part but I'll include that in a better video tomorrow).

That's all for today :) Let me know if you have any ideas for improvements and I encourage others taking part in the jam to create a devlog too, would be interesting to follow what everyone's doing.

You can create a collection of games on other accounts you've worked on, then display that collection on your profile. Other than that I can't really see any other way.

Reply
#RemakeJam community · Posted in Remake my first game, or my second game, which I actually have a build of?
Anthony Sturdy3 years ago

Second would be more interesting because we can then compare. Don't think its super strict on VERY FIRST game haha