Give me the weapons I need!View game page

Upgrade your weapon to defeat the waves of enemies
Submitted by TwoSticks — 5 hours, 42 minutes before the deadline
Add to collection 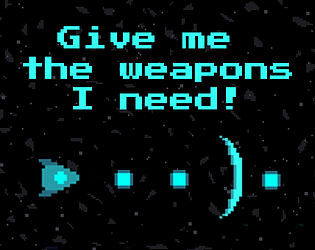 Give me the weapons I need!'s itch.io page

How long was your dev time?
3 hours + 1 hour for tuning the difficulty

Here's one of the top scores so far! 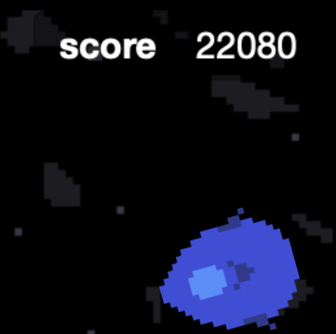 The amount of upgrades is amazing, good job! I think the controls would be better if the ship would rotate with the mouse (maybe?)

To be honest, I didn't expect much, because there are so many asteroids like games in game jams - but wow, this is a really impressive, fine tuned game! Trying out all weapons to get the most powerful ones was really motivating and kept me interested. I found some small issues however:

I also enjoyed the music! You could utilize multiple audio layers so it get more intense the more waves you clear, which would be pretty neat I guess.

Thanks for finding those glitches! Also yes, the next wave does spawn when there is one enemy left.

Wonderful game! Although very difficult for me 😅

Awesome game! Very challenging, and the weapon upgrades are very creative and interesting, it's also nice that you can freely create combinations of three weapons of your choice. Good job!

Moving the ship with a keyboard is... HAAAA

But the game is very polish and has good feel.

I was engaged all along to discover the new weapon !