Marisa vs the Wild Hunt
Submitted by noeticnightjar (@Rakaasac) — 4 minutes, 31 seconds before the deadline
Add to collection 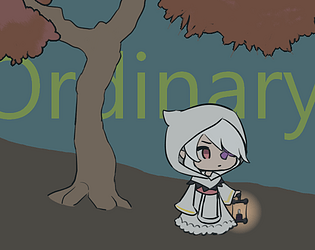 Interesting game. I included it in my Touhou Jam 5 compilation video series, if you’d like to take a look. :)

I found the visuals very good and the gameplay is promising!. It was a bit difficult for me to play because at some point a lot of enemies had spawned and the ragdolls blocked the shots . Overall it's cohesive as a project and feels good, just wish the shots were a bit more powerful but I know there's no time to balance stuff because it happened to me too lol what can we do.

Music and writing were also good!

I'd like to mention something in particular which is that I liked when the camera zoomed in for a moment during the dialogue! found that bit pretty cool I need to use that for my projects.

You got some nice visual effects with some pretty structures in the background. Fairies and Marisa all looking great with their bouncy animations.

But the gameplay doesn't seem to be there. It's funny to see how marisa literally gets flooded by countless fairies though.

Kept flying to outer space.=d
The corpses are Marisaaas.
I usually don't nitpick on people's UI/menus during jams much but... the health and shot UI's style feel kinda weird. Like the 1990s internet bling bling weird.

I’m sure they very much enjoyed themself while making them. ^_^