History lessons have never been this tasty before!
Submitted by Yal (@GameDevYal) — 17 hours, 45 minutes before the deadline
Add to collection 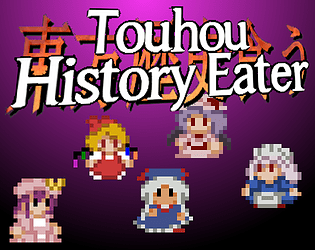 Interesting take on Pacman! I included it in my Touhou Jam 5 compilation video series, if you’d like to take a look. :)

Oh I like the trivia idea a lot! On the other hand though dang this game is hard for a pac man clone, or you at least run too slowly to feel super empowered. It was also a little hard to get into some hallways, so investing time in copying more of that pac man behavior might've helped. The enemy AI's are all distinct and that's a lovely touch, and the presentation is solid and makes the whole thing feel complete. Nice job!

Submitted
Flight of the Baby Princess
LikeReply
YalDeveloper1 year ago

Thanks! ^__^ I ended up not having enough time to really polish anything, just barely complete it, so there's definitely some corners left to sandpaper away. (I should probably start with the literal ones...)

I personally feel like the trivia was the weakest part of the game, turns out trying to read and understand text while running for your life was harder than expected. But ah well, the point of game jams is to try new things and not be stuck with the project for 2 years even if the idea sucked, I guess :P

Pretty cool thematically, and nice presentation. It could use some code to slide the player into place instead of getting stuck on corners in such a time-critical game.

Submitted
Dance of the Poverty Gods
LikeReply
YalDeveloper1 year ago(+1)

There actually is a system like that, though it's probably not good enough (I tuned it down from 90-degree grazing to 15-degree because trying to walk into a wall would make you glide alongside it... maybe I should've stopped at 60 or something instead). I implemented it as one of the first features in the project, but I never had enough time to polish it. Maybe I should've saved it for last instead...

LikeReply
FUJIWARA NO AKIKO1 year ago(+1)

I mean, its pacman, but its touhou pacman with cute pixel art...

personally I found the game to be a little unfair. Given, I'm not very good at Pacman but I felt like I could not defend myself or at least outrun the ghosts. Adding trivia to the mix is thematically pretty neat, but holy shit does it ever make this game more difficult.

Overall, good game but too hard for my liking

It's such a great concept that Keine actually eats letters while answering lore questions as a way to power up! I also love the way AI works that each character actually has its personality:

Remilia and Sakuya: Chase you at normal speed like what normal people react when they got a thief at home

Patchouli: Slowly walking around the library just like everyday life

Flandre: Run randomly at god speed like a real maniac

As the dev mentioned in the comments, the key is to direct Sakuya and Remilia in a way that they walk in the same direction so you won't get sandwiched. Although they don't seem to choose optimal paths but follow your path sometimes.

I made it to level 3 but eventually got crushed by Flandre. This randomness is slightly unfair as she actually walks much faster than you and I got here mostly because Flandre stuck at some point and all I needed deal with were Remilia and Sakuya.

For the question part, unfortunately the pacing doesn't really allow me to read and answer the question so I just ended up skipping them. If I can memo all the answers I might be able to solve some Flandre shenanigans and actually progress further.

Overall I love your game and with some slight tweaks this may as well be a full shippable game with a price tag. It also fits the theme the way I didn't expect. Take all my 5-stars on this. 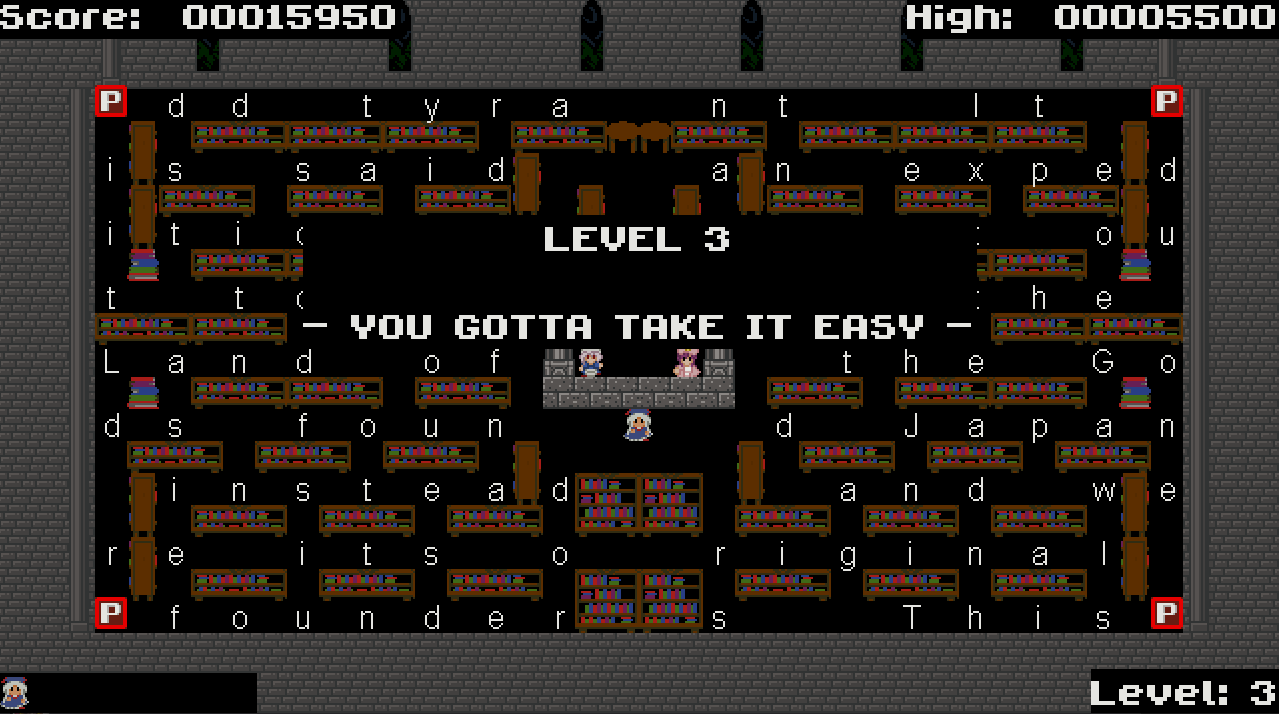 thematically and conceptually very good, and I love the cute little pixel art. difficulty balance is a bit weird though, sakuya and remilia are way too aggressive and can't really be outrun, they just catch up before I can answer a trivia question, while the other two are never a threat

Submitted
The Egg of Basan
LikeReply
YalDeveloper1 year ago(+1)

Sakuya and Remilia only update their path every few seconds, so the key to outrunning them is to change direction often. (Patchouli also targets you directly but moves slowly and only updates her path at the end, Flandre alternates between going to your last known position and going somewhere random... so if you backtrack where you've been before you increase the risk she'll chase you down, since she moves faster than you).

Might also help to know that Sakuya always tries to approach you from the side while Remilia just takes the most direct path, I dunno. It tends to make the corners really dangerous.