Acquire the magical power that is your birthright
Submitted by Grizel (@TristinGrizel) — 10 days, 23 hours before the deadline
Add to collection 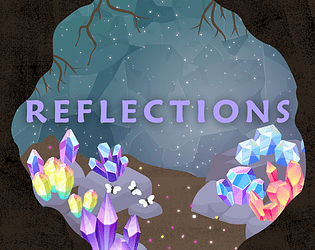 This is a really lovely game. The graphics are perfectly detailed, and the attention to overlays makes for a seamless experience for the player. Having the map at the top right throughout is handy - I think a big annoyance for new players is getting lost and not being able to remember the map. The tutorial was very helpful, it was nice that you added hints at key points throughout when I left it on. The story and environment works too, kids love animals and cake and crystals. Overall, really polished presentation!

Spoilers: My only critique would be to add even more helpful messages in some cases, e.g. when I try to mix the ingredients before I've added them all, the game just says I can't do that. I thought I had added them all and the game was broken (turns out I needed one more egg!). So if the player tries mixing before adding all the ingredients you could have a special message saying "You're still missing some ingredients - check the recipe and your bowl carefully!" Another example is trying to read the note before you pick it up. The player could be reminded they need to first pick up the note to read it. Most of these situations were covered but there were a few exceptions.

Also spoilers, the ending: I was a little confused with the twist at first - did I get a bad ending somehow? But you had added some hints this is a good thing, like when you were annoyed you couldn't see yourself in the mirror, suggesting this is what the character wanted all along. And the grandmother seeming kind, at least to you. Potentially you could add more hints throughout the game, to prepare the player for the ending. I'm thinking of Shrek, where our stereotypical expectations of Fiona are challenged throughout the film when we are shown she has ogre-like tendencies. So when we come to the ending, it is still a surprise but we understand and it makes sense. What hints might be added that our protagonist is not a typical fairy tale princess but an evil princess coming into her own?

Fun game, and with a magic mirror! :D

Really good graphics and varied puzzles, it took me a bit to have the right idea about the coin.

Only problem I found: I got the hint "dig the piles near the cave entrance" even after digging up all the piles, and then discovered you can try to dig everywhere, even inside the house, provided you have a dirty spoon with you.

A really fun little game!  Gorgeous graphics and nice atmospheric locations.  I loved all the interaction with the animals.

(One typo spotted - 'millenia' should be 'millennia'.)

Thank you Dee! Good catch on the millennia spelling, not even Garry caught that 😁

The cricket can be retrieved indefinitely, which is a problem for the message about the egg, which is not.