Someone just wants to get to know you!
Submitted by Trigonious, MattressD — 11 minutes, 23 seconds before the deadline
Add to collection 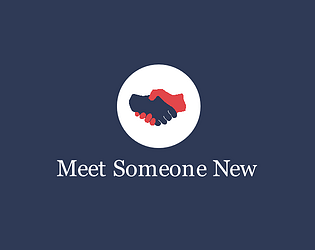 This immediately shows the same vibes as Emily is Away and is one of my overall favorite mediums to convey a story! In reality this game has no real gameplay issues to me, I just feel it needs more love and polish for it to truly stand out!

However, for concept, I actually enjoyed this greatly! Congrats on this and I hope to see it flushed out more in the future!

That Windows background is giving me flashbacks. It could be cool if the game had a clearer end,  but the concept was cool :)

This was neat! I wish I didn't know exaactly what it was just from the disclaimers haha. I think the only thing it's missing (and something imo all message-ing based interactive fiction needs) is a way to "fidget" when messages aren't coming in.

This game made me legitimately tense, well done.

Nice job. Good music, and a good theme for the entry. I knew when it said "don't stream this game at the beginning that it wouldn't know anything about me... I don't use any VPN's or adblockers, I just don't put anything personal on my computer or online. Every time it said something that should have been 'creepy' it was just a blank line. Ha ha! I guess I won the game for real.

Not only was it a great idea, and well-executed (although I would like to see someone stream it who doesn't care so I could see how it goes when it works), but it was a good lesson for people to learn... if a game made in ten days knows that much about you, how much could a real, intelligent person with access to a computer and the internet find out!

EDIT: oh, it was a hassle that you made it in such a big resolution... my laptop is only max 1366x768, so I had to scroll around to access everything.

Although of course this is a serious topic, I loved it, especially the music playing part XD and  also great job on all the details, that you really feels like some old OS :)

Not sure if the game actually ends or not =D He (she?) said they will see me soon and nothing happens

But the OS is nice =D and kudos for making a message-based game ;p Make sure to check mine, it's also about messaging people :)

Really awesome job. Gives me the heeby jeebies. I would say make it so you can close the windows and generally add more features to the OS and maybe other people to talk to in MSN but what's here is top-notch.

Nice game! The songs are good and it really feels as a real stalker through your computer.

Submitted
Shadows Under the Bed
LikeReply