Break endless falling blocks and get a high score!
Submitted by Lunar Fox Games (@LunarFoxGames) — 2 hours, 3 minutes before the deadline
Add to collection 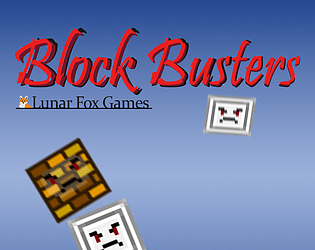 I liked the pick up and play here, I did find it a bit easy to just upgrade the attack and spam my double click button on my mouse to use to twice, which does feel a little cheat, but a cooldown on the attack of like .01/.05 of a second would stop that from working. I liked the bigger boxes that appearer later on which were a bit of a suprise, though my boxes had nothing to land on after the first iron styld block which felt like it should've been a game over as the balance beam had been lost. I did like the art and sound though it did get repeatative after a while.

I am verry addict

The most engaging clicker i've played:) the sound got anoying in the long run tho

Thanks, I'll keep that in mind for next time.

Nice! Takes a while to get hard though...

Thanks, I wanted to make sure new players get the general feel and can mess around with the blocks before having to put their skills to the test.

The gamplay was really addicting :)

I really liked how the game mechanics are made extremely clear right at the beginning!