Yo! Noid Was Ahead of its TimeView game page 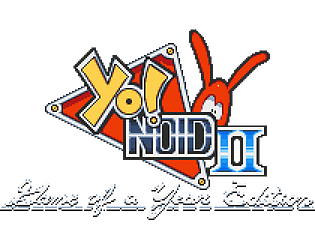 Yo! Noid Was Ahead of its Time's itch.io page

i really hope domino's is cool with this and don't try to stop ya.

You made it onto Vinesauce. You're essentially celebrities now.

This game is beautiful, I seriously hope you guys think about making more games like this.

why is the character's screams soo anoiding?

I did enjoy the game XD

The amount of effort that was put into this is startling. I haven't played a 3d platformer in the style of the the PS1 era in a long time and it made me realize that wall-running wasn't common in those games.

I wouldn't have been able to get as far as I did without a controller. Immediately after obtaining the yo-yo I jumped into a pizza box and I no longer had my yo-yo which I think was a necessary tool in order to grab a bar though I could have just been performing poorly.

[Edit: I went back in and discovered that the yo-yo is situational and I was able to use it in the place I was having difficulty. BTW bending the stop-signs is a nice touch.]

The visual filter that desaturates everything a little-bit made me wonder if PS1 games have that visual quality or not. It seems like an aesthetic that Bushido Blade and Tenchu had (but Crash Bandicoot did not have) was bumped up 4x. It's reminiscent of playing on a 7-11 arcade machine that has been sun-drenched for years.

I like that y'all have given the Noid a surreal dystopian world to make right.

Holy shit. This is as beautiful as it is copyright infringing. I finished the first level and got the yoyo and was already super impressed, then it kept going. My mind is blown at how well made this is. I haven't finished it yet but I'll definitely come back and tackle it when I have more time. Hats of to you and your team, this is one of the most impressive entries I've seen for any jam.

Thank you so much! What started out as a fun excuse for us to get together and make something ended up turning into this giant project. Couldn't be happier with the result.

Such a well-done execution of a really fun idea. You can tell a lot of time and energy went into the project, and it was worth it just for that opening cinematic alone. Looks like everyone involved had a blast working on this.

I didn't get too far into the game, though! Maybe it's because I wasn't using a controller (I'll try that later), but the controls were super touchy on my keyboard. And it took me a while to realized I needed to turn off the auto-camera option. That made it almost impossible to see where I was going in certain places. Things got much better once I turned that off, though, and I'm sure will improve even more once I used a controller.

Regardless, great work, everyone. Love that a project of this caliber made it into the game jam.

Thanks for the kind words! We have made some small adjustments to the controls in the latest build, and while we still recommend using a controller, I would suggest trying the new version  out.

Any chance of a Mac build?

Sure thing, we'll get on that.