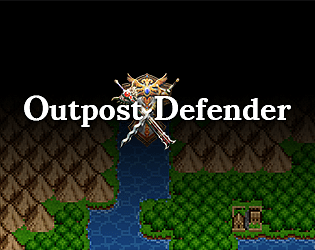 I had fun with this! The scavenging-and-upgrading gameplay is pretty appealing and the low numbers really let you feel the upgrades early on. The high difficulty at the start also helps with this, giving the feeling of slowly clawing your way into more difficult areas.

The biggest downside for me was combat balance. It starts out appropriately challenging, but it kept getting easier and really dropped in challenge at the end. Magic is extremely powerful and regenerates quickly, and the final weapons that give an extra hit are also pretty broken. I don't necessarily mind breezing through enemies, but I wish there was an optional boss or something so it didn't feel unnecessary to unlock the best gear and party members.

I had other minor issues, but they could mostly be explained by the short development period (stuff like skills/items with no descriptions, small number of areas, and an abrupt ending). It was still fun overall. If there were a sequel or similar game made in the future, I'd play it.

Thank you very much for the feedback and comments, I really appreciate it. I definitely did have some trouble with balancing, especially the end game content. Really I just needed more time to playtest and tune the combat better I think.

I'm glad you enjoyed your time with it, thanks for playing!

I'm really enjoying this so far, it's challenging but addicting! I normally don't play RPGMaker games anymore, but I'm hooked haha. I second the throwback RTP graphics and music, it takes me back.

Thanks slumberjack, I appreciate that, glad you are enjoying it!

that is a nice game!

Hello @arawkins. I played some hours of your game and I must say that I loved.

Using RTP 2000 with MV was a genious idea, creates a nostalgic feeling so good.

The game itself it's very fun and challenging, I did love it how you implemented the idea of scavenger and survivor.

Thanks so much, glad you enjoyed it! I've always loved the look of the RTP 2000 sprites, so one of my goals for this contest was to get them into MV.