Before you know it, you're already in Hell.
Submitted by Akumu Games — 3 days, 7 hours before the deadline
Add to collection 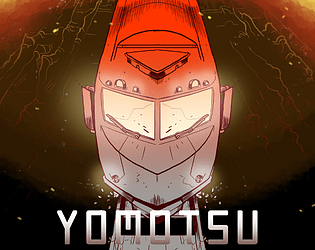 Warning: A recent player has detected a game breaking bug that happens when you engage the fairy mini-game after the first time, locking you out in the car (mean fairy!). So, don't talk to her ever again!

If your save got corrupted by this bug, please let me know. You can send it over and I'll fix it asap :)

The next version (post IGMC) of the game will address this issue and more! But for now...

Uh...I got stuck at the vampire boss fight, the part where he goes hide and seek. What should I do there?

Find the "real" bat! It has a movement pattern a bit different than the rest :)

Anyway. I know a lot of "so called RPG fanatics" will bash me for saying this, but I love how I have to think ahead before committing everything to learn every skill I can find. I also love the part where I don't have to grind like mad dog hungry for bones.... Thanks for making a game that I could feel that I am not alone in this crazy grinding RPG world! Hi-five!

I'm glad you liked it! And yes, I wanted the player to pick carefully their preferred "first build" (all in the same tier) while at the same time, offering them the possibility to try others if they desire (with a little farm). Though I admit some gear/skill combinations might prove more useful than others in the late battles :p I'm curious what did you end up going for :3

My final build:
Main character: magician type....put mp regeneration, quick feet, arcane tap, scorch +, boulder,  and normal heal on. For gears, I put on HP and MP raising gears, and then put on that elemental mastery weapon.
Mark: I build him as wall with toxic cloud ability with poisonous claw attack.....
Rok: my favorite, I build him with quick feet and evasion, and then equip him with rabid bite...
Bane: put on icycle + and spark on.....he is my opposite in term of elemental attack...
Lilith: I build her as healer and debuffer....heal+, cure+, and debuffing magic....

This was a great play! You might not have given too much away in the beginning but I still found the story incredibly interesting - and the variety of companions/switching made the battles feel very fluid/purposeful!