Don't let the dying star burn out
Submitted by OneSleepyDev — 43 minutes, 22 seconds before the deadline
Add to collection 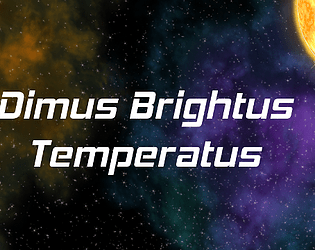 This is your first Godot project

Neat planets. I included it in my Godot Community Jam compilation video series, if you’d like to take a look. :)

Thanks for trying it out. Watching you play it helped give me an idea of some other things I could improve on. Cheers!

I really liked the visuals, music and simplicity of the controls but found the game a bit unforgiving due to the randomness.

I would like to suggest, in a non-critical, hopefully helpful way, that in future versions you could create different groups of stars that you know are fair, such as 2 red, a blue and a white last. Some can be intentionally more difficult, 3 reds in a row with only a blue at the end, some spaced out more etc. You can then randomise which groups are spawned and randomise the actual temperatures of each star within a range relevant to that colour of star to increase or decrease the difficulty as required. This would allow you to more finely control how the game is played whilst still giving the feeling of randomness. You would probably still get some nasty combos but it should hopefully make the game feel a little fairer.

Congrats on publishing your first Godot game, it's very well done! Nice visuals and music, it's quite enjoyable.

The gameplay is simple, but it's a good idea. It lacks some balancing though, as whether you win or not is very random and depends on your luck regarding which planets will spawn where. I often had playthroughs with only planets at negative deltaC so I would run out of energy before reaching any that could recharge me.

I also found it weird that the actual movement speed changes based on thresholds. It would be much better to make it proportional to the speed magnitude displayed in game, to avoid having big slow-downs/speed-ups each time you reach a threshold.

You're correct. The negative planets showed up too often and were in sequence too often, and the angle that the path takes isn't a true 45 degree so one direction is slower than the other. -_-
Got some bugs to work out..

Gradual speed change would be great, I considered something like that but couldn't work the logic out in time before submission.

I appreciate your input!

For gradual speed the math is relatively simple :) https://hastebin.com/hiyeludime.diff (factor would need tweaking, a maybe a non linear curve if it's better for balancing).

For the speed difference based on the direction, trigonometry should be your friend :)

It's really enjoyable to be able to play this game with only two buttons.

Sometimes it feels unfair to die because i'm only surrounded by negative planets for too long, but the game is great !

I can admit that sometimes it is unfair lol.. Didn't realize how often that could happen. :/

Would be cool if the stars visuals would match their temperature

Red is the coldest, blue is warm, white is hot.

There's an issue with the scale of the web build. 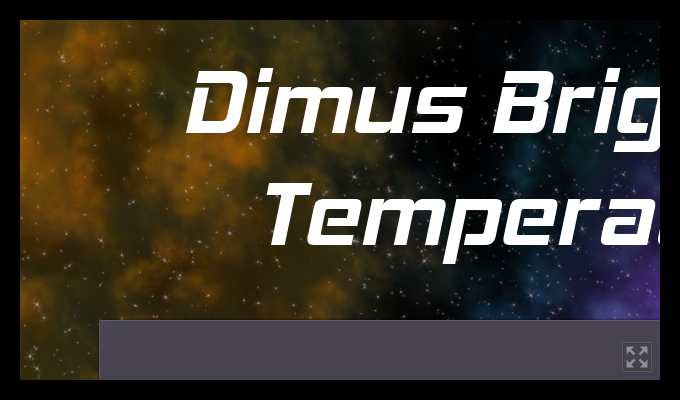 You should change the stretch mode to 2D in Project Settings and re-export to fix it.

Hmm, I tried that but still couldn't get it to scale right. Going fullscreen should allow it to play for now.
I'll play around with it some more and see what I can do. Thanks for the tip!

It seems that the game is not properly exported for downloading.
You also have to bundle the generated pck file. Atm you're just offering the engine itself to download!