The Only OneView game page

Dwelling in memories of times gone.
Submitted by DU&I (@duandigames) — 3 hours, 5 minutes before the deadline
Add to collection 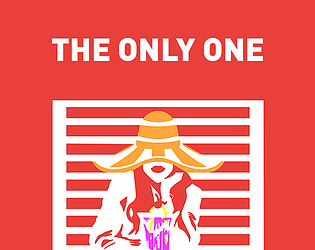 The Only One's itch.io page

Very nice experience! The link to the theme is rather weak in my opinion, but im glad you went with it. The art and general atmosphere is great. In terms of game design this is rather weak. A few dots  were placed a bit inconveniently. In one picture I had to actively search for the dots after revealing the whole image.
Some kind of "fast travel" mechanic couldve been nice as well (as long as it stays simple). The camera allready zooms out so you can see undiscovered space, but the pictures were really big and it was very tedious to find your way through routes that have allready been revealed.

Nonetheless, I enjoyed this one quite a bit!

I'm not clear on how this relates to the theme? Quite polished (except for the extreme wall friction, which I found very irritating, and some occasional places where the colliders didn't match the art very well). Obviously a lot of work went into the art.

But this is more of a game design jam than a game polish jam, and I felt like the design wasn't that great.

The levels were too big: I forced myself to play through the theater level but they got tedious well before that. For me it wasn't enough payoff for all the fiddly little time it took to get all the collectibles. The art had lots of little corners and stuff to catch on. Having much lower friction would have helped, but if you want pictures this large and fiddly I think you'd need to tweak the controls in some way to make it easier to navigate small twisty spaces.

And it might help to make the darkness at least slightly different in color than the black of the levels? In one level I got stuck for a while because I couldn't see what was left to uncover (I had cleared it nearly inline with an edge in the drawing so it was hard to see).

But as a reflective experience just to chill and kill time I could see it working well. It's just a little too slow and with not enough to do if your goal is to see what the picture is.

First: Thanks for playing the game!

Second: Thanks for the honest feedback.

The game is about "recovering" memories of past good times. It is about a man, thinking about his beloved dead wife (the "only one" for him).

The images are snippets of them travelling, being in the cinema, etc. It takes time to remember all the details, therefore the "tedious" process of remembering every detail of the situation.

You are totally right, for a jam that is focused on "game design", this might not 100% be the right fit. But after the theme was announced we wanted to give it a different twist.

I hope I could help shed some light on our thoughts and ideas for "The Only One" and we wish you a great time discovering the hidden gems of this GameJam!