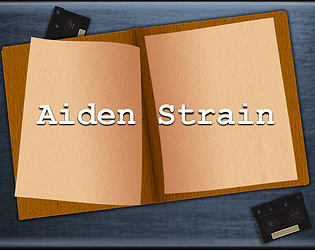 How have you used the theme "Strength Lies in Differences" in your game?
The game features two different characters with different capabilities. You'll need the use of both characters to complete the level.

Well done on the audio side and good character design.

Cool concept i can see the potential, I would have liked to see more level design though, the lore is good but would have been better if the level was longer or if there was another level, I liked the animations and the zombie areas were very cool, there didn't seem to be enough times where the individual player abilities could've used, like her strength and his ability to get into small areas, so more of that would have been good too. Overall though a decent game, I just wanted more really

Yeah definitely spent a lot of time on systems development and we up against the clock for level design time at the end. More lore does exist though there wasn't the time to create the level space to add it all in.

As one of the developers I agree with everything you said.  There were such big plans for all that, but we didn't end up with enough time. It still seems to me we didn't over-scope and I should've been able to get more in over the week. But time just disappeared at some point.  Thanks for playing and enjoying though, if we left you wanting more that seems like a pretty good compliment to me.

A simple job well done. I really liked the way this was rendered. The artwork was all well considered and felt really unified. I would have liked the platforming side of things to have a bit more slink but thats not the most important part of this tale. I enjoyed it and especially liked the way the music intensity ramped up when you touch a Zombie

I'm sure our composer will be glad to know his hard work was appreciated, the change is subtle but I'm glad it had impact.  Unfortunately for the level design it could all fit within the first screen until less than an hour before deadline, so I didn't have much time to create interesting, well-tested environments.  That you still enjoyed the story/experience regardless is great to hear.

I had not even had a chance to play mine before submitting, it was so very very broken right up to the last minute. Whilst it is still a bit broken now it was 'nothing to see here' broken before that. The crunch was insane.

Thanks. The music production guy and sound guy, Ross and Michael, were great to work with and made it really easy to code the music intensity ramping up with infection status bar. Sounds small but not all sound guys are the same for professionalism and consistent delivery. Big respect to the sound team.

Nice, I like the atmosphere and I am impressed with the amount of written items that can be found. It tells the story really well.

Thanks a lot. We crunched pretty hard to make sure you had plenty to see, so it makes me glad to hear it was worth it!