Avery Hole in: Journey to the Center of the HoleView game page

How deep does the hole go?
Submitted by m0rgtr0n (@m0rgtr0n), captain dangus, andywiseman — 3 hours, 6 minutes before the deadline
Add to collection 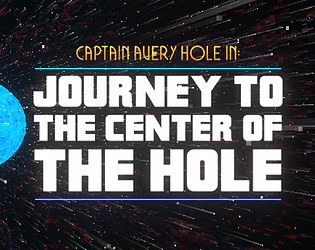 Avery Hole in: Journey to the Center of the Hole's itch.io page

Yes!! Super entertaining. 5 stars, absolutely. So many ideas! The script was hilarious, loved the dog and the jokes about  wasting the jam's time ... XD
I also really enjoyed the graphics, expecially the very rewarding explosions. Nice job!!

Here is our game, please consider rating it, if you haven't already ;)
https://cyberlab-studios.itch.io/packed-out

Hey, loved your game,  loved your art , music, the game design needed a bit of polish and variation but your game is pretty cool! All the best and Good luck! Do check out our game we need the feedback! - https://itch.io/jam/brackeys-3/rate/574293

Incredible. The visual are amazing and the level of polish is also amazing. The gameplay is really fun although I feel like it can be a bit unfair sometimes in the walking areas since it seems there are times where you can't possibly get past an enemy without getting hit a bunch. But otherwise, this was a fantastic experience! The lighting and particle use are truly amazing. I really love the moving stars in the background. It took me a while to figure out that they were just a set of particles that are attached directly to the camera since it really seemed like they would change their speed based on your movement lol. I would appreciate it if you would give my game a try too!

This game is amazing guys ^_^.. There's so much effort put into it..My mind is blown.. This game deserves more ratings... I enjoyed playing this a lot.. Well Done!..

Submitted
One with the Slime
LikeReply
Nxone97Submitted280 days ago(+2)

Feels like a ton of work for just a week, gratz on doing all of it, the art is great, the sounds are great, and the gameplay is fun.

Love your art! rated! feel free to rate us back

This game is awesome !! can you make a Webgl version.?

Thanks! There's a lot of custom shader stuff going on in there, so I'm not sure how WebGL would handle URP and shadergraph stuff.

When the jam  lifts the ban on uploads I'm going to revisit a bunch of stuff (bugs, mac and linux builds), so I'll definitely give WebGL a go !

The game is great!!

In all of it's aspects: art, gameplay, music. It's just fun to play!

fun game, and the art style is awesome

I have enjoyed it. The pixel art is realy awsome :)