A narrative platformer about closeness and distance.
Submitted by Scarlet String Studios (@scarlet_string) — 2 days, 18 hours before the deadline
Add to collection

Thank you! This is a great help. Will look into the bugs and whatnot. I usually play on a DS3 so I completely forgot about analog input. Playing a whole platformer on an Xbox dpad would not be fun...

I beat the dev room! but what awaited me was a certain death!

I can't wait for placeholder images to be replaced with cute characters!

it's in an early stage, but basics/fundamentals seem to be solid. I had fun dashing around! Keep it up!

The Linux port is much appreciated. I have some feedback to give now.

I like the platforming mechanics you're going for here, though they feel a bit janky perhaps. Having only two jump heights instead of finer control, and the dash killing all momentum, even when done downwards, are pretty odd design decisions. Also it feels like the dash loses its wall breaking properties a bit early, making me bump into walls instead of breaking them. Especially getting down to the debug room I ended up just dropping back on the breakable tile a few times. Besides these, I like the game so far, though there's not much content to play around with yet. Also assuming a good portion of the graphics are placeholders still.

I ran into a couple of issues too while playing. The game doesn't seem to like running at a 16:10 resolution, instead in fullscreen it renders the 1920x1080 game canvas in the middle surrounded by blinking bars of some corrupted garbage from video memory or something. 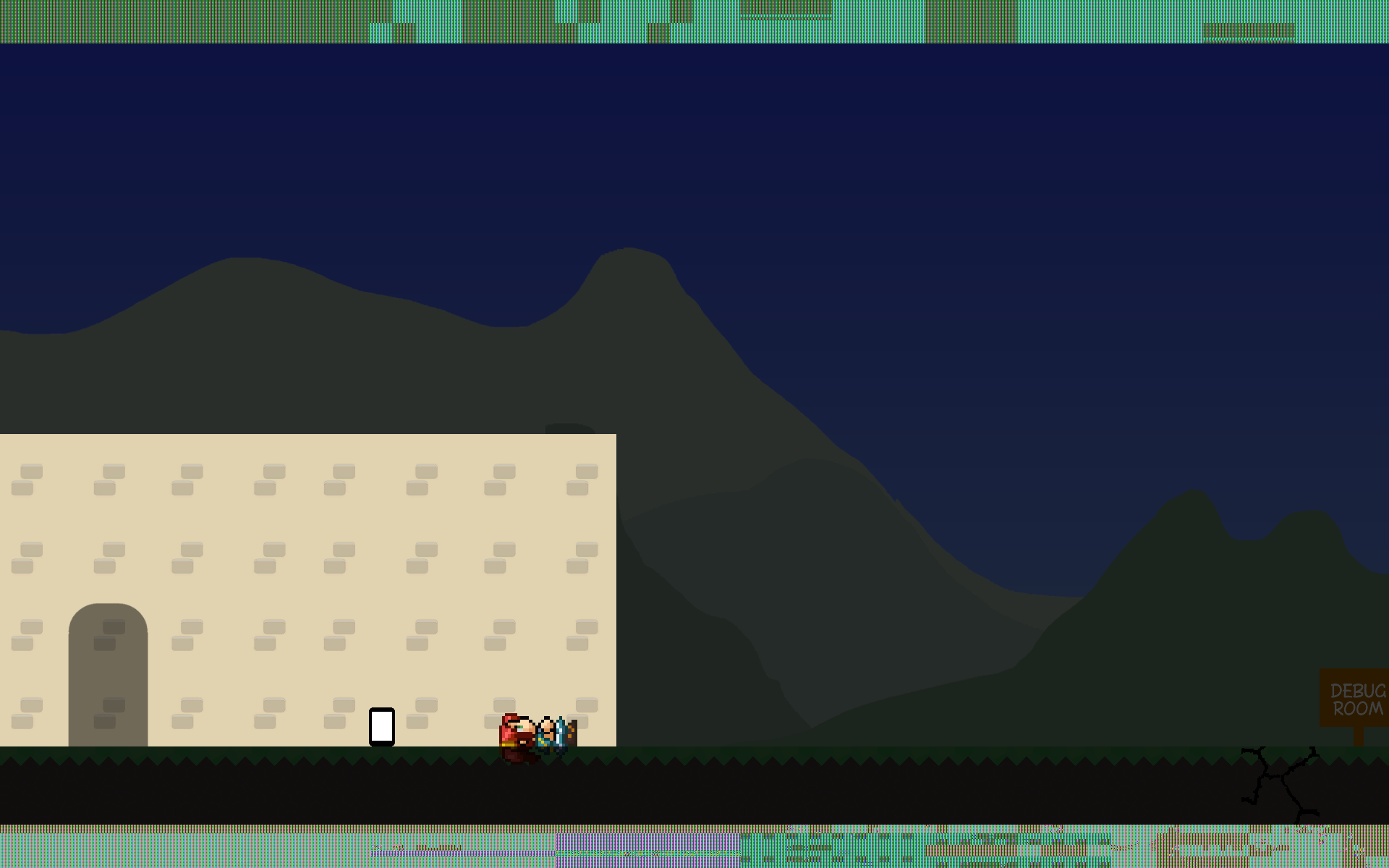 Another and more severe issue, I seem to have managed to partially corrupt my savefile, whenever I start the game and check the messages on the phone, the game freezes and starts consuming massive amounts of memory, until I either kill it or my OS does it for me to avoid a complete system crash. This doesn't happen on a fresh save though.

Thanks for the feedback! I'll fiddle with the platforming physics. I suspect it'll take some iteration to get it right. Also noted on the save file problem.

For the resolution, how did you set it to 16:10? The game is supposed to add black bars to crop the aspect ratio to 16:9 whenever the window changes size. If your monitor is 16:10, maybe there's an issue with cropping the aspect ratio in fullscreen... I'll check.

Yes, I have a 1920x1200 monitor. Also, if you want the save file from my other issue I still have a copy of it, if you want to look more into that too.

Sure, give me the save file and I'll take a look

This is the playerInfo-dd20.dat, I think that's the only relevant file?

Yep that's the one. My current saving solution isn't very scalable, so I'll have to work on this anyway.

Please do not mark Windows-only files as multiplatform. I did give it a try in Wine since I had already downloaded it, but was greeted by a black screen.

Oh whoops. It should be multi-platform according to Unity, so I'll have to figure out why it's not working.

I haven't used Unity myself but I think you need to export it separately for different platforms, or at least manually enable exporting to them somewhere. It should produce different binaries for all the platforms, for example the Linux executables will have an .x86 or .x86_64 file extension I think.

Thanks, got it working. Took a while because I made the mistake of updating to Unity 2018 in the process.