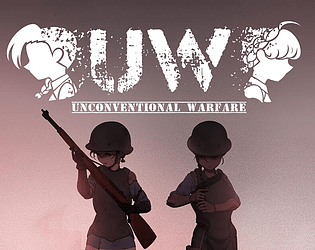 hey there, I hope it isn’t too late to leave a reply about this amazing game

I downloaded this game and played it and so far, its fun! Despite a few questionable bugs and glitches that keeps making me reset my computer. Overall the story is compelling, the gameplay is fantastic and the characters are special in their own ways

(1) Some bugs I would like to include is resetting the mission, for some reason it resets the mission but keep the injuries my character sustain and used grenades that never returned

(2) on mission 3 in Champaign mode, it seems that my objective is to eliminate 17 enemies which I believe is impossible because a sworn of enemies will just outnumbered my squad when one shot is sound. Plus, it’s made more confusing that in the mock mission mode to simulate the actual campaign mission 3, it’s objective differ and it made more sense than killing everybody just to get some parts for a tank. Would you mind looking into that?

But overall, I’d say that this is a promising game with good story telling and lovable characters

LikeReply
PerfectHumanInterface2 years ago(+1)
There you go. Don't forget to tell your dev friends about your local master playtester.
LikeReply
DuqueDeveloper2 years ago(+1)

Thank you so much for the very first playtesting videos of UW!

It is so great to get a fresh perspective and with such depth. We're watching your videos multiple times to take notes and to pin point the bugs you've encountered!

Alright so I don't normally play games about cute girls or real-time strategy but I've been interested in your project in the threads enough to know it's not just waifu-bait and the WW1 aesthetic caught my interest.

To start off with UI/UX, it's suitably janky and kind of barren for its demo state but mostly functional. As far as problems go, I had no idea how much anybody was actually being damaged (is the blood black? or are those bulletholes?), leaving me to just sit and watch not sure if I should pause again and change my strategy. As a personal preference, the camera buttons felt wrong to me, like they should be switched, but I'm not sure if I'm normal or the game is. As a result of this, you need an options menu where you can change it, but I'd also throw it into and add a basic "restart level" or "main menu", also prompting you to replay a level when you beat one, but that's up to you.  Also add a "sprint" function for the camera to move it faster.

Graphics are honestly the best part of this, and don't take offense in regards to your gameplay. I remember you posting drawings and asking for feedback and I'm glad you went with the more grounded style, as far as anime goes, and you've executed it really well in both the art (excellent piece of the two characters in the trenches at the beginning, also the cool impressionism backdrops for dialogue) and the low-poly environments (although they could use much in the way of visual effects like smoke, dust, wind, animals, etc.) There is one persistent bug where before unpausing the game after it loads, it gets really dark, and to make any decision I need to unpause and pause again. But overall it's just got an appealing attribution to industrial-era war for gameplay and story mixed with cutesy stylized fun during the more abstracted parts of the game like marching and loading screens. The UW title on your game icon is also really cool with the flags and stuff in the negative space, really well done.

What sound is there is good, but it lacks ambient soundscapes and music, which you're probably aware of.

Gameplay-wise, I'm no connoisseur of real-time strategy, but I found this quite approachable and somewhat engaging despite it's limited extent. The cover system is intuitive and the combat plays out alright, but the AI is kind of dumb and you never put them in very interesting positions, which is a more level-design issue than anything, but isn't much a problem for just an early demo. I still would liked to have seen some reinforcements, patrols, embedded troop lines, and trenches anyways. One weird point is that the march lasts a really long time for some reason and I don't even think it's loading anything. I was gonna mention that you don't use each map enough, with only two usually grouped-up encounters in each, but I noticed you re-used the map, so I technically can't complain. You should probably fix both of those things though.

The field mission at the end was kind of dumb and made me wonder if I was supposed to die. If it was, I have no problem with it, but it's unclear, making the joke or intent fall flat. If it wasn't, engaging the grey uniformed men on an open field is not an exciting level.

As far as story goes, the moment-to-moment writing is actually great and I found myself enjoying it, but it lacks in exposition. Some of the stuff is picked up naturally as they make casual reference to it, but I still don't know who these people even are or why they're here fighting the grey-uniform dudes.

Structurally, it begins with a LOT of dialogue and ends with none at all. The gameplay and story here are very skewed, and while I don't know the genre enough to recommend how you integrate the two, I'd try to work them hand-in-hand while at the same time spreading the story consistently throughout engagements (after the initial exposition, which needs to be long) instead of dumping it all at once then never touching it between destinations. This is probably a product of just putting a demo out, but it bears mentioning nonetheless.

Overall I really liked it! You've got a cool style, interesting story, and cool set of gameplay elements with a lot of room for growth and polish, so I'll definitely be keeping an eye on this one and follow your twitter.

Oh boy! Thank you so much for your in-depth review!

We're looking to improve UI visuals, that's gotten pushed back again again by other tasks. Not a single point you mentioned here is off. We've rushed for this demo, ending with a short and uneven flow. Until our second demo, we'll focus on things that people liked and fixing what was annoying them!

This is by far the most detail feedback we've ever had and I really appreciate it!

I gave my life for the girls. Awesome game.

Thank you for your love for our combat waifus!

Thank you for playing our game, and thank you a bunch more for the input! That's definitely going to be fixed so selection is easier/reasonable!

Impressed. Story is told in a visual novel style - but this is no VN, there's actual gameplay, and different kinds too. I dig the Commandos/Men of War style gameplay, not enough games like this. Mixed with item management/travelling makes this game unique. Demo was longer than I thought with more than one map. Enemy death animations are brilliant. Love the art. Consider adding options to make the camera faster/adding a modifier key. My slavfu Katya died ;_;

Thank you for playing and for such a good input!
I'm making a ToDo list for faster camera movement!