A conversation with the curator of the PICO-8 Advent Calendar

One of my favorite memories of the holidays has to be gathering around with my family and opening our advent calendars every night. The idea of building toward something throughout the season was, and still is, really appealing. The developers behind the PICO-8 Advent Calendar must have a similar love as they have designed and curated a series of 25 holiday PICO-8 games. I got a chance to talk to the organizer (with the help of one of the devs, Pocketfruit) behind the event about ending the year with a bang.

Let’s start this off right: Who are you and what is the PICO-8 Advent Calendar?

My Name is Bigaston. I’m a hobby game developer from France and I have started this project. In the last few months, some of the most experienced and most prolific PICO-8 developers have joined forces to do an Advent Calendar with PICO-8 games. There will be a new Christmas/Winter-themed game each day in December up until December 25th. Each game will have a free web version that will be released on itch.io as well as on the PICO-8 site. 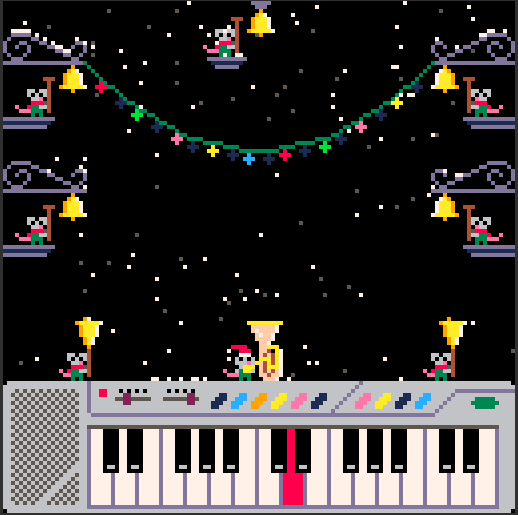 Not a Creature was Stirring

Why did you get all of these developers together to make holiday games?

People do game jams and collaborate on games all the time in the PICO-8 community, so I thought that doing a Christmas-themed event would be a special opportunity to bring all these people together and see what game ideas they’d come up with. Also, bringing out 25 games in quick succession has never been attempted before and I am sure that this is easily one of the largest projects ever done in the PICO-8 community. So, having 25 games as part of a collection in the end will be something very special in itself.

There haven’t been a lot of holiday games in the past. Why do you think that is?

Hmm, good question. Holiday and winter games are somewhat niche (say winter sports games or Christmas DLCs for games). I think this is because a holiday season is over quite soon and after that your game isn’t that relevant anymore, so a developer might not find it worthwhile to put time (and money) in such a project. With PICO-8 games this is just the opposite, since the tool allows you to build games with a small scope very quickly.

By the time it’s done, the Advent Calendar will feature 25 different games by as many creators. Can you tease any of the developers who haven’t been revealed yet?

A lot of cool stuff is waiting around the corner. We have gathered developers for some of the most popular and iconic titles of the console such as the makers of Dank Tomb, Low Mem Sky, Delunky, PICO Racer and many more. We even have Zep (the creator of the console) on board who will release his own title as well. 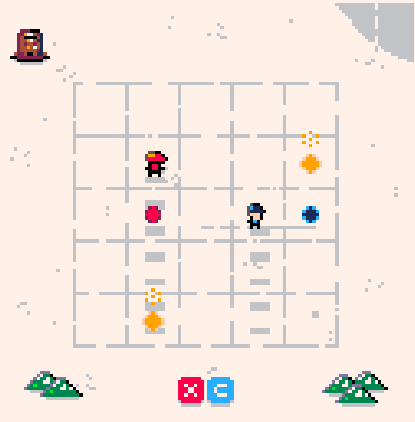 What attracted you to PICO-8?

I love building retro-styled games and PICO-8 is perfect for that. You get a lot of useful tools (graphics, sound, map editor) as part of the console and you can get a cool result quite quickly. Also the community is quite active. You can easily find help for building a game any time, and people even share their code, so you can learn from each other how things are being made and further develop your skills as a game developer.

Why will people enjoy playing games on the fantasy console?

I think a lot of people have a warm feeling when it comes to old games and pixel graphics, since that is what they grew up with (say the NES, or even older consoles). PICO-8 captures this feeling perfectly and you have a perfect mixture of old and new. People are releasing both original titles as well as demakes of popular games - thus, you have tons of fun games available to play for free.

Finally, is there anything you want the itch.io community to know?

I think that PICO-8 is already quite well known on itch.io, both in terms of games as well as the tool itself, but it would be cool if this event helps grow the community even further and reaches more people who are passionate about playing and creating small retro games. So, any feedback for our games, sharing our games with your friends, or joining the family as a developer would be very much appreciated!

Thank you for keeping the retro-feelings alive!  <3