Howdy itch.io community. If you read last week’s recommendations you’ll remember that we just celebrated 5 years of itch.io. Well we’re following that up with another milestone: 100,000 projects have been uploaded to the site! Yep, we have one project for every citizen of the Federated States of Micronesia. You’re welcome Micronesians. Here are 3 games (.003% of the projects on itch.io) that we think are neat. 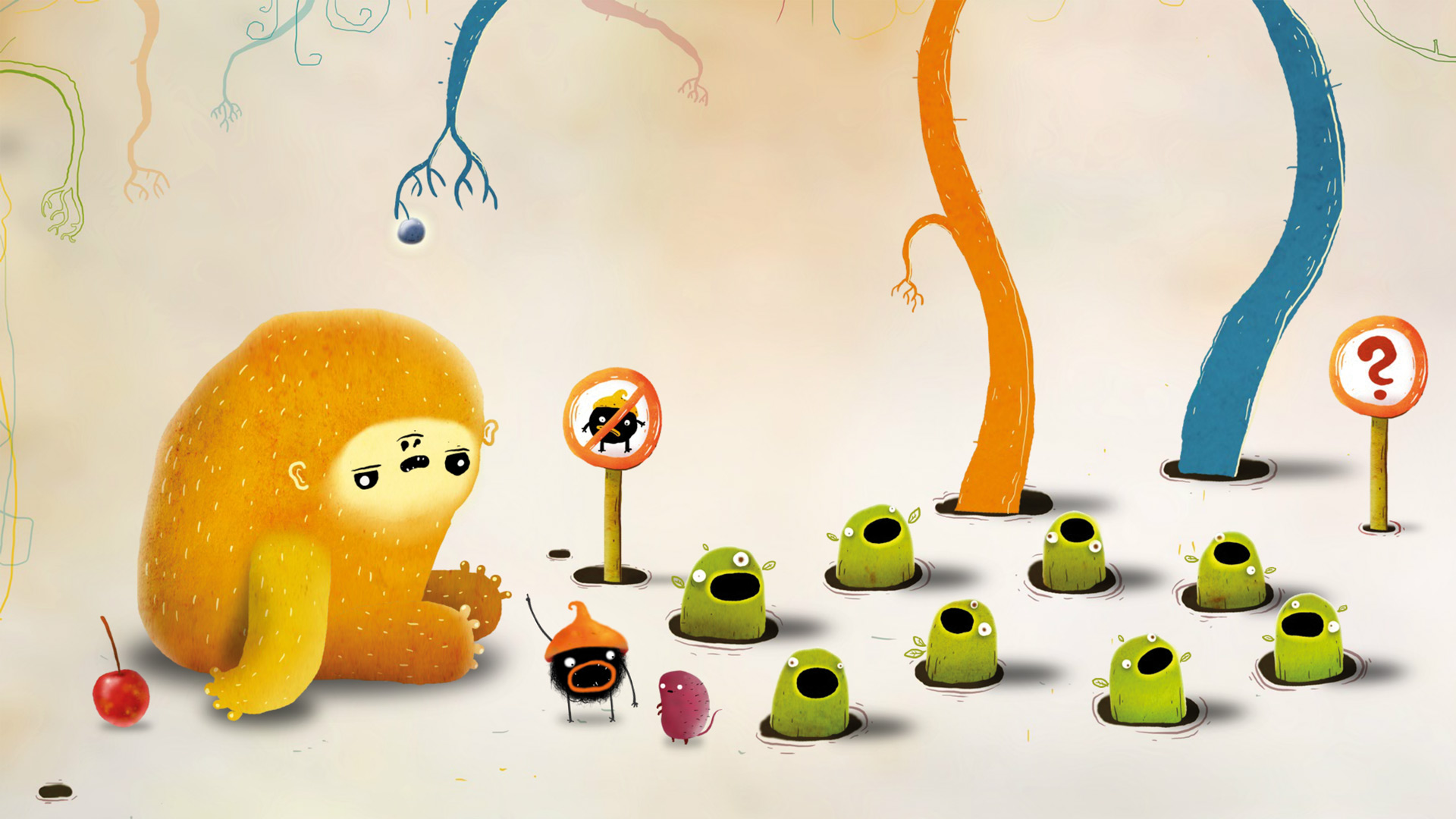 Point and Click adventure games have always had their fans but their time in the sun lived and died nearly 2 decades ago. The reasons for their decline (obtuse puzzles, insular design ideas) are well documented but a small but dedicated crew of developers have quietly pushing the genre forward, developers like Amanita Designs. With their recent release Chuchel, Amanita has stripped away all of the cruft and bloat the killed adventure games and put out one of 2018’s most charming games.

Sure Chuchel behaves like a traditional point and click -- you’re solving puzzles by pointing and clicking-- but it removes the distractions inherent to the genre. The backgrounds have been removed from each puzzle in the game (a blessing and a curse as Amanita’s art department is world-class) so the only objects on screen are the interactable ones. Chuchel uses this to explore different wild and whimsical animations which becomes the meat of the experience. None of the puzzles are particularly difficult and the game has a hint system that is both smart and generous so what remains is mostly a series of vignetted slapstick jokes.

It’s worth talking about the game’s sense of humor. Unfortunately this is where the game becomes divisive. I enjoyed the game’s childlike sense of comedy but in my conversations with other players it became clear that your enjoyment of the game is very heavily tied to whether or not you laugh at the game’s jokes. Chuchel is a really smart update to a dead formula but one that won’t be for everyone. If the trailers appeal to you or if you’re interested in point and click adventures on a design level I’d highly recommend checking Chuchel out.

I’ve always wanted games to explore technology in a real-world context. We get a lot of Black Mirror-esque “wild future technology sure is bad, right?” but not a ton of games that actually consider the way technology has made us who we are now. That is until recently. Secret Little Haven tells the story of a young queer woman exploring their gender and struggles through the lens of late 90s technology and fandom culture.

Secret Little Haven follows in the footsteps of other fake-desktop games like Emily Is Away and a Normal Lost Phone where you’re exploring the life of the main character through the artifacts they leave on their pc. However this time it’s all buried in the most accurate not-Apple II UI I’ve ever seen. There are a ton of little touches that makes the computer feel lived in, but it all gets out of the way of an interesting and touching character drama that feels similarly lived in.

Last week marked the conclusion of the 7DRL jam which tasks participants with making a roguelike within one week. H.V.N.T.R.S came out of that jam and is impressive in both its scope and quality. The root of HVNTRS is a bog-standard if good roguelike, and to be clear this is a very traditional roguelike (you won’t find platforming or anything outside of classic movement and item management). Where HVNTRS deviates is its inclusion of full co-op. Up to 4 people can run through dungeons together and HVNTRS has a really neat simultaneous-movement mechanic that has each player lock in their movement and then execute it at the same time. HVNTRS is also available for free so you and your dungeon-buds can all play together.

Thank you so much for featuring my game! ^o^

Thanks for making it! Secret Little Haven is great!

H.V.N.T.R.S. looks sweet. I've been looking forward to setting aside some time to play through some of the 7DRL submissions, and now I've got a good place to start.

CHUCHEL
$10
In bundle
A hilarious adventure game from the creators of Machinarium.
Amanita Design
Adventure
Secret Little Haven
$5
A game about a trans girl discovering herself through fandom, chats, and the early internet.
Victoria Dominowski
Visual Novel
GIF
Emily is Away Too
$4.99
Message your friends, surf the web and choose your path through this brand new narrative.
kyleseeley23
Visual Novel
A Normal Lost Phone
$2.99
In bundle
A Normal Lost Phone is a game about exploring the intimacy of an unknown person whose phone was found by the player.
Dear Villagers
Adventure
GIF
H.V.N.T.R.S.
1-4 Player Co-op Roguelike
FourbitFriday