Hey itch.io fans, it’s been a while hasn’t it? We didn’t want to leave you high and dry without any games to play (I mean you could also check out our Youtube channel or our email digest) so we’re back with a new format we’re tentatively calling games of the month. This first one is a bit out of sync with the end of the month but I hope you’ll like it all the same.

World of Horror has been a long time coming, but kind of like the monster in It Follows it’s continually moving towards us. Also like the monster in It Follows it’s sort of here and sort of not. While this month’s update isn’t 1.0 (whatever that means these days), it’s a significant enough expansion that I feel comfortable recommending this as a jumping on point for anyone who’s interested in experiencing this unique brand of procedural dread.

For those who aren’t already on the World of Horror hype train, let me get you up to speed via a bunch of buzzwords: Scary Junji Ito-esque cosmic horror in an Apple 2 1-bit color palette. There’s a bunch of weird stuff going on in your town and you’re going to investigate it while trying to maintain your sanity through a variety of old school adventure mechanics that change each time you play the game. This randomness is also one of the biggest selling points for the game and makes it one of the few horror games you can play repeatedly with brand new scares.

There are a pair of pre-rolled adventures for you in World of Horror but you can also design your own campaigns or tempt fate with completely random stories with modifiers you can set in advance. Theoretically you could play this game forever. To really crank up the fun, there’s also the promise of mod support in a future update.

World of Horror is tense, stylish, and will only get better with time. This one is an easy recommendation.

In the past few years we’ve seen the rise of what I’ve been calling tone-pieces: games that are less interested in explorations of mechanics or the finer details of their plots and instead build a specific tone or sense of setting. In these games there’s a danger of sliding into navel-gazing collections of distractions, but Wide Ocean Big Jacket has set the new high water mark for everything that the genre can be.

Nominally the story of an aunt, uncle, and a couple of teens on a vacation in the woods, Wide Ocean Big Jacket is a game that absolutely nails the feeling of a camping trip. Each beat of this game is a carefully constructed vignette that hints at a wider narrative that exists without you but one that you’re respectful enough to avoid interrogating. Of course this is all set against the backdrop of the necessities of camping like setting up a tent (or finding the perfect bush to pee in. Yes, really) which drives home the sense of being in nature. WOBJ only takes an hour or so to complete -- and the dev compares it to watching a movie on its game page-- and keeps you as the invisible cameraman around just long enough to fall in love with this ragtag group of dorks and not a second longer.

I love Wide Ocean Big Jacket and I hope everyone plays it. 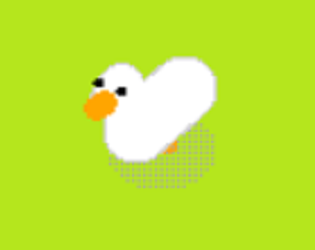 This one is less of a game and more of a toy. Do you hate your desktop? Do you wish your computer was slightly less usable? Well look no further because Desktop is here to infect your favorite computing machine with the most hateful kind of avian. While this has no affiliation with another popular waterfowl, if you’re familiar with the goose zeitgeist you already know what to expect here. This nasty avian prowls your desktop and wreaks havoc on your mouse, desktop, and other things you need to go about your business. Yes it’s cute, but it’s also a nightmare. Just like real geese.

If you’re the kind of masochist this appeals to, you can get Desktop Goose right now for free.

It’s time to come clean: I’m a bit of a coward. Something about scary games just gets under my skin and just destroys me. So who better to recommend a collection of horror games than me? The Haunted PS1 Demo Disc is a collection of 17 demos for games that don’t exist from 17 of the hottest names in indie horror. To keep things consistent all of the games are made with PS1 sensibilities in mind. It’s going to be a bit hard to talk about all 17 games, so I’m going to have to be fairly general in this recommendation. The games are, by and large, examples of different disciplines of horror. Some are spooky, some are unnerving, a handful are dreadful, and others are just straight up scary. The Demo Disc is a real tasting menu of frights. What this also means is that there’s something for everyone in here. If you play one of the demos and it doesn’t hit you in the right way? Great, there are 16 more already on your harddrive.

If I can offer one complaint, it’s that everything on the Demo Disc is a demo. I could play several of these games for hours but they’re over just too soon. Hopefully the early love the Haunted PS1 Demo Disc has gotten will pave the way for some of these demos to be spun out into full on releases.

If you have any interest in the concept of horror there’s something for you in the Haunted PS1 Demo Disc. The Long Rim: A Lancer Setting

I’ve been spending a lot of time with our tabletop rpg catalog in recent weeks. There are scores of absolutely fantastic experiences waiting for you and your friends to play around a kitchen table on the site. One of the biggest tabletop rulesets that launched last year was Lancer, a game about mechs and the people who pilot them. It’s a really inventive system that I’ve already had a bunch of fun with. But this isn’t about Lancer’s core book, it’s about the game’s first sourcebook The Long Rim. While most TTRPGs can be played with just the core ruleset, many choose to expand their functionality through optional releases that expand on the game’s systems, add new classes/characters, or expand on the game’s suggested setting. The Long Rim does all of this. There are a lot of pieces for players and game masters to work with but my favorites are the new mechs (Lancer’s version of classes). Lancer already has the best mech designs around, but these new ones are somehow both cool and dirty all at once.

Lancer has situated it as my favorite mech-based TTRPG ruleset and if the Long Rim is any indication it’s only going to get better with time. Fans of Lancer should give The Long Rim a look, and tabletop players should give the base game a go.

The folks at Rusty Lake have built a weird, expansive universe spanning over a dozen games (and a movie!) but with the release of The White Door they’ve decided to break their own rules. Alright, technically this isn’t a Rusty Lake-developed game -- it’s developed by Second Maze who are the same people as Rusty Lake-- but it places itself inside of the expanded Rusty Lake Universe and shares some gameplay similarities with the existing games in the canon. Fans of Rusty Lake probably know what to expect from the White Door, but everyone else should read on.

Narratively The White Door is a game about habits and life inside of the titular mental health facility. The game plays in loops along a strict schedule beginning with the character waking up and ending with them going to sleep. It’s a sort of Groundhog Day puzzler with two equally important halves of the game screen. To the left side you have a largely unchanging view of your entire room in the clinic, and on the right half you get a zoomed in view on the object/ puzzle you’re working on. Of course this is all complemented by the game’s monochrome color scheme which makes any pops of color stand out and works well with story beats that implement a more robust color palette.

To top things off The White Door keeps Rusty Lake’s traditional runtime: The itch desktop app says I finished the game in just over an hour, so there’s not much for prospective players to lose here. 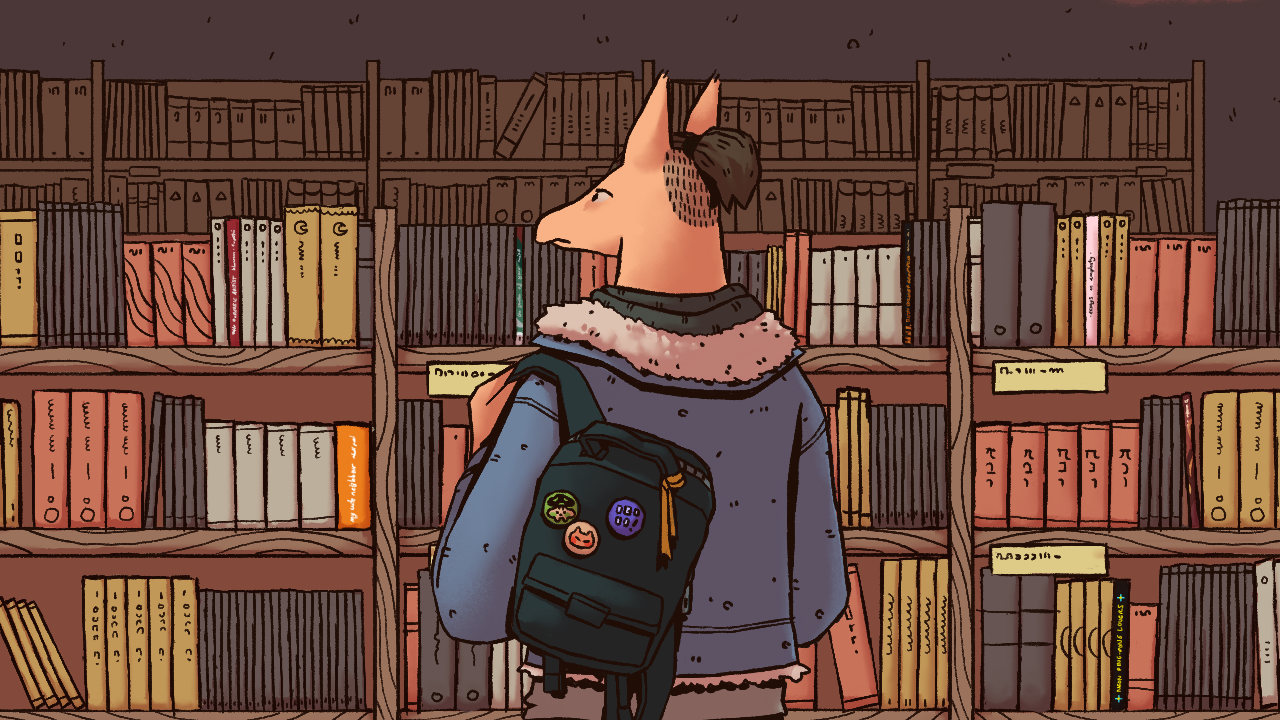 I’ve been following Deconstructeam for what feels like forever but I never would have expected them to make The Bookshelf Limbo. Past Deconstructeam games have been narratively dense, but they typically feature relatable characters in extreme circumstances. Bookshelf Limbo is nothing like that. This time we’re guiding our playable character through the process of buying a comic book for their dad. Why are they buying a comic specifically? Who knows, but browsing the shelves and hearing your character comment on each book reveals both a bit about them and you as the player. In my time with the Bookshelf Limbo I was playing less as the strange armadillo human on screen but as Spencer, the person considering and reacting to the selections in the game’s book store. Yes The Bookshelf Limbo is absolutely a game but it’s just as much a prompt for self-reflection.

What games have you been playing lately? Let us know in the comments below.

Thanks for the write-up! Always love reading through these featured games :)

Good stuff, keep em coming. I like the idea of featured games every month.

Really great list and well written! Wanted to say a big thanks for mentioning the Demo Disc on here. we love u spencer!!!!!!!