I am a Mac and Linux user. Just discovered this project and wanted to test by myself, unfortunately PixelCNC don't seems to be very friendly with VirtualBox 6.1. There are any chances to make this software to run into a VirtualBox machine? 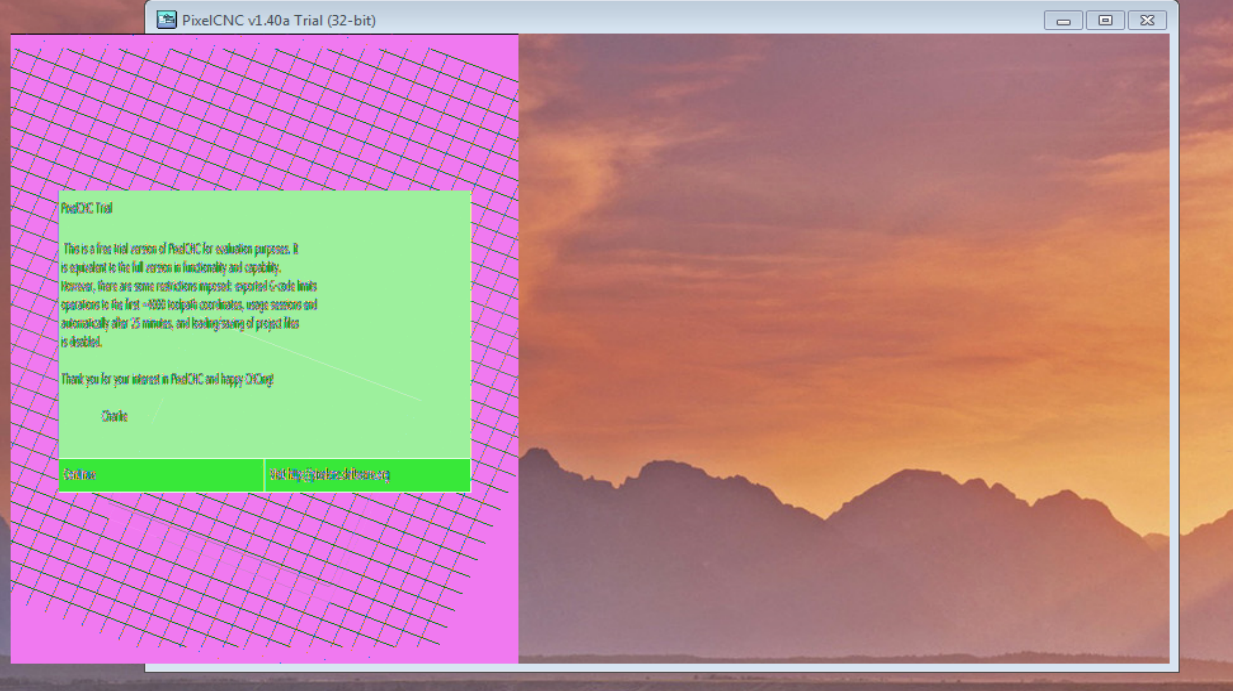 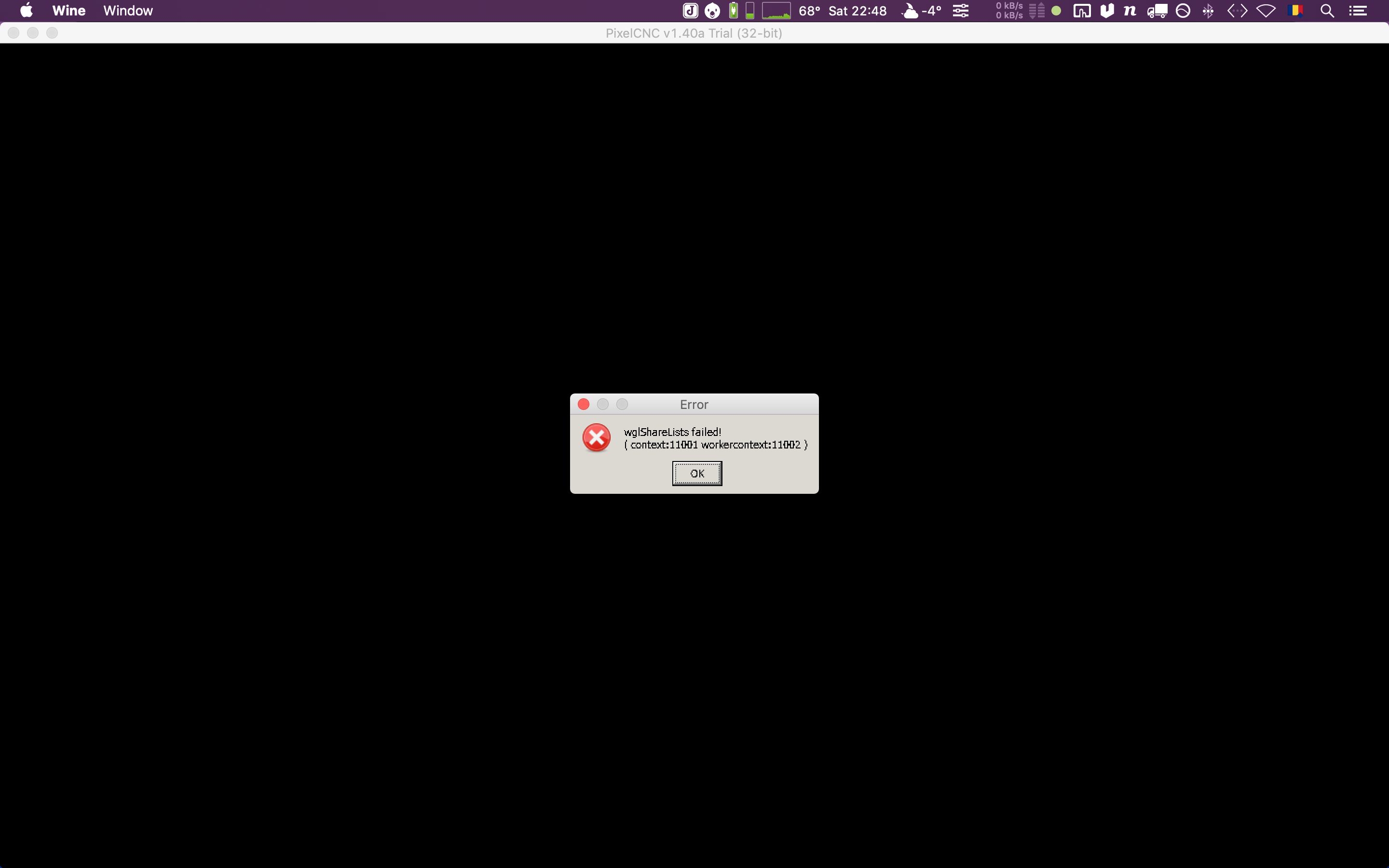 Ok, actually it is running after pressing the Ok button on the error window: 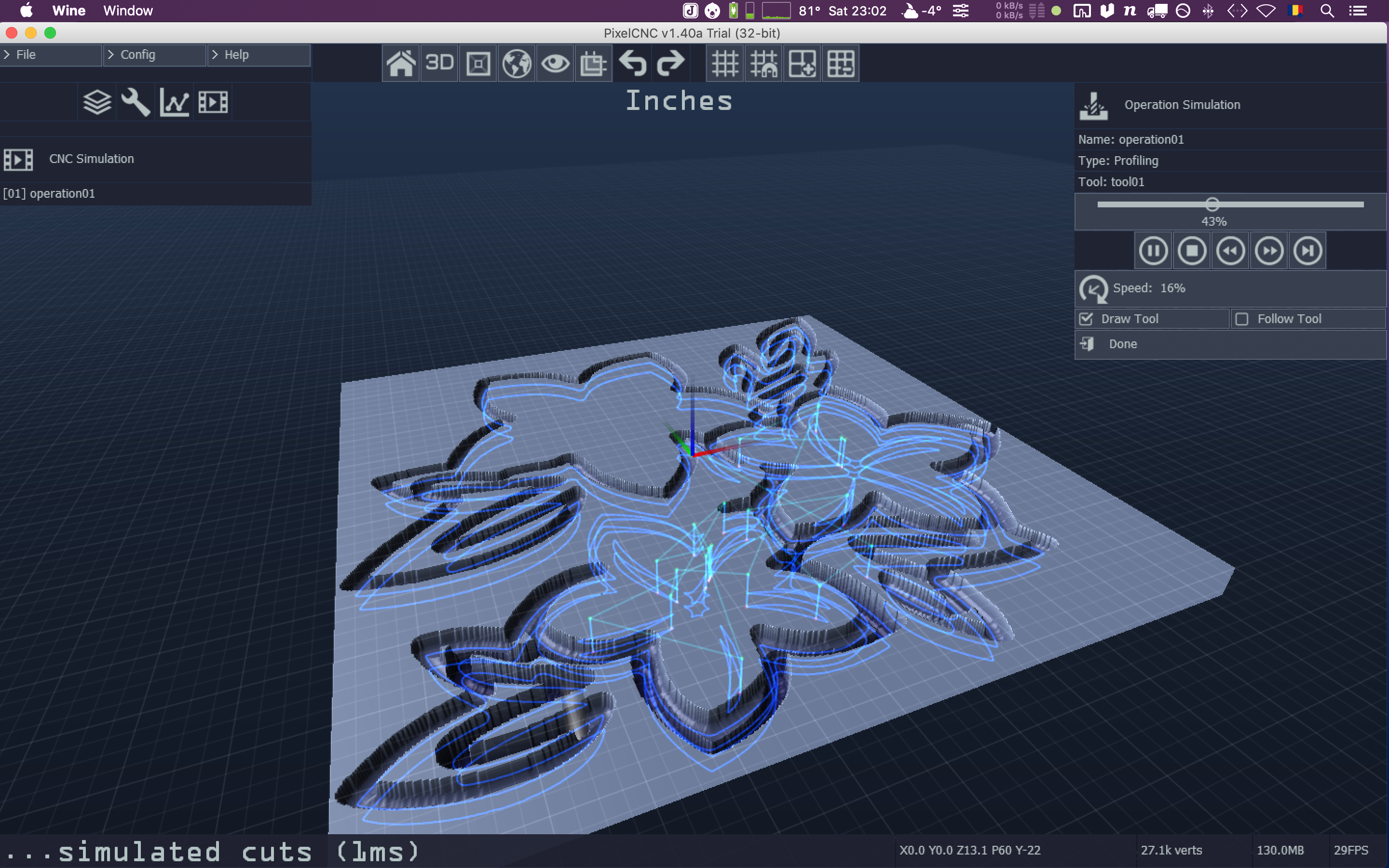 Hi, there currently is no concrete plans to support running in VM or otherwise any emulated versions of Windows. Currently only native Windows is supported but a native Linux build might be in the cards, likely not for quite some time unfortunately. The situation tends to be PixelCNC's reliance on some advanced functionality in OpenGL that VM/emulation for some reason doesn't work with very well, particularly API calls which pertain to multithreaded OpenGL interaction. Barring a Linux build, if there's a way to get it running reliably via VM/emulation then that's something I'd be willing to look into. Let me know if you run into any other issues running it via Wine, the glShareLists error that popped up indicates that multithreaded OpenGL support probably isn't present which may interfere with proper function.

Ok, I am happy that will be a Linux version. For now it is running great using Wine5 stable version. If will be any regressions, I will report back.