Welcome to the dedicated discussion channel for Project Feline™! Share your ideas, feedback and critique directly with the developer here!

To report a bug, please use the bug reports thread.

To submit your best speedrun time on the community-moderated leaderboard, please follow the instructions as listed in the speedrunning thread.

To submit fan art for the next episode of the Project Feline™ Dev Log Series, please share it in the fan art thread.

This game's gonna be EPIC — change my mind!

The game is good and i  really like it a lot but it still contains some issues
Make it so our runner "stick" more to the wall , when wallrunning you can can make it so the player can move the camera around a bit  before falling off (60 - 75 degree i think should be good)
As for now the mechanical legs doesnt do anything much so make it so you can may be super jump or do things like that
I see how you made a combo system, aside from letting the player know how much combo they have built up, you should make leave a custom trail of light when they get a high combo and use the score as a currency for buying upgrades
The wall run animation needs to be redo too
But that's all i could think off but you could be more creative with the mechanic and all.
Goodluck on your journey and have a good time ;)
p/s also use your shower thoughts, everbody atleast have had one :)))))))))))))))))))))))))))))))))))))))))))))))))))))))))))))))))))))

Thank you so much for your feedback,  I will get on these right away!

The Form that is used for speed running needs to be updated to 0.7.0, I did enter in my time for V-Slice but the highest version on the list was 0.6.0, Do note that my Run was done in V0.7.0, Discord tag is AnimeFrenzy#7814 for the speedrun info

Thanks for bringing this to my attention! I will get my moderators on it right away :)

This is a great game and I like everything about it so far, I found that it was incredibly easy to exploit the wall running to scale walls and go out of bounds by moving towards the wall and spamming the jump key, other than that its a solid game and definitely something I'll follow!

Raymond Cripps: * makes a devlog *  ME: is it finaly anime tit*es?   Jokes aside, your game is fantastic.

This game is great, but a 'feature' I noticed is that you can face almost directly towards a wall and spam spacebar to 'bunnyhop' upwards. Also you can maintain maximum speed and grip on the wall (while actually running) by pressing spacebar just before you start to fall off.

The "bunny-hop" was an intended feature at one point, however I think many agree that it feels more like a bug than a feature. I'll get to work on fixing the continous grip. Thanks for stopping by to leave some feedback, I really appreciate it :)

Thank you! I can't make any promises, however I am trying to build the character in such a way where making skins would be possible.

I think it would be very cool to have a blue - or any other color of course - variation of the orbs around levels, that give (for example) double jump for 5 seconds maybe, and then they would respawn after some time if you need to use them to get over something. And it would also be nice to have some walls that are colored differently, showing that you can't wall climb on them, and maybe you have to use the double jump power, as suggested, to continue. I personally think that would be awesome. 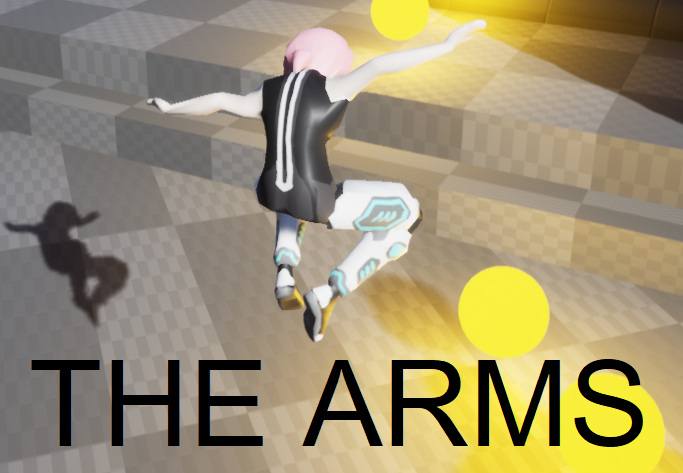 I know this game is still in development, but I just thought this was really funny XD

(First time using itchio, so I apologize if I'm not familiar with where exactly I should be leaving feedback or ideas regarding Project: Feline, -I assume this is the place.)

First off, glad the indie dev community received you well, and it's curious to see everyone sharing their thoughts and opinions as the project develops. It seems to be coming along nicely. -I've been following the project probably since the very first video was uploaded, but I have yet to play any of the alphas/demos yet (I've been meaning to get around to it.)

So following a video you released a few weeks ago regarding the game's progress I had some thoughts I'd like to share; I don't know if you'd find feedback/concepts of this caliber intrusive lol, I hope not, I just am fascinated by the project and it's development, so I had some ideas / questions regarding certain elements of the game:

Gathering the collectibles does seem really fun /addicting, especially when you have jump around trying to stay on course and maintain your speed.. However (imo) I think the game would feel a bit more tactile if there were  destructible obstacles the player would break through as they were wall running. -Yeah I'm aware destructible objects exist in the game (temporary feature or not) with health and all that, but that's not what I mean. Say your running along a wall collecting these bits/orbs (the collectibles) but as you run a crate/sign/destructible object in your way along the wall. If you perfectly time a kick/punch/whatever, you break the object and keep your momentum without ever slowing down. I think that last part would be key in creating some really satisfying gameplay, and give the player something to do as they are running and jumping.

You could also place these obstacles between branch points / path splits, where the bits encourage the player to change directions, jump and switch walls; So mid-jump the player is encouraged to preform a well-timed attack to break the obstacle and maintain their momentum in order to continue down the other path. The collision field for the attack should probably be a smidge generous, so it doesn't feel too unfair if the player hits the button a little too early. Punishment for failing to time it right could be a full stop upon impact, or perhaps the object breaks anyway, but the player looses a little momentum and some bits before making back up to top speed.

Not my place to say what your vision should/shouldn't be, but I think subtly encouraging and mechanically keeping the player on the move to some degree, even when they mess up, and rewarding them when they took a risk, could make the experience feel a lot more exhilarating. (But to be clear, I don't think I'd personally like it as an auto-runner or anything. Love the free movement. I just think you'd want to keep the general momentum going through these incentives.)

-Also (not sure if i shared this thought before,) do these collectibles have a function, or are they for fun/lives like rings in sonic, or coins in mario?

That's perfectly alright I guess, but I find the general consensus is collectibles should have a tangible use to feel justified. A really interesting idea; maybe as you collect them, maybe 50 of them charge up a gauge your legs, or a meter on your screen, and you get a huge boost for like 10 seconds. The faster you beat a level, the better your score I assume? So after getting the boost you wait for the right opportunity to use it, as it's a bit unruly around corners and certain platforms. So maybe each level has a few straightaways so that the player can dash through them lightning fast, and all bits (or whatever they're called) are worth double; so the more bits you get in a level, plus your time, gives you a higher score.

Sorry if that's a real book of a comment there. lol, keep up the good work. Wishing you luck in this endeavor.

Hi Raymond. I've played the pre-alpha of the game, and I really enjoyed it. I loved the movements, the UI and the settings.

But what bothered me while played was the stomp mechanic. I think it would be better if holding L-Ctrl while in the air instead of performing a stomp,  Gabriella prepares for a slide.  If Gabriella then touches the ground, she would perform a slide. The stomp bothers me because while I was parkouring I wanted to perform a slide, pressed the L-Ctrl key and stomped, losing all my momentum. I would think the game would be a lot more enjoyable to play without it.

Besides this minor thing, the game was really enjoyable and I'm looking forward to seeing more content from you and this game!

when is the new update coming out after 7.1

This topic is archived and can no longer be posted in