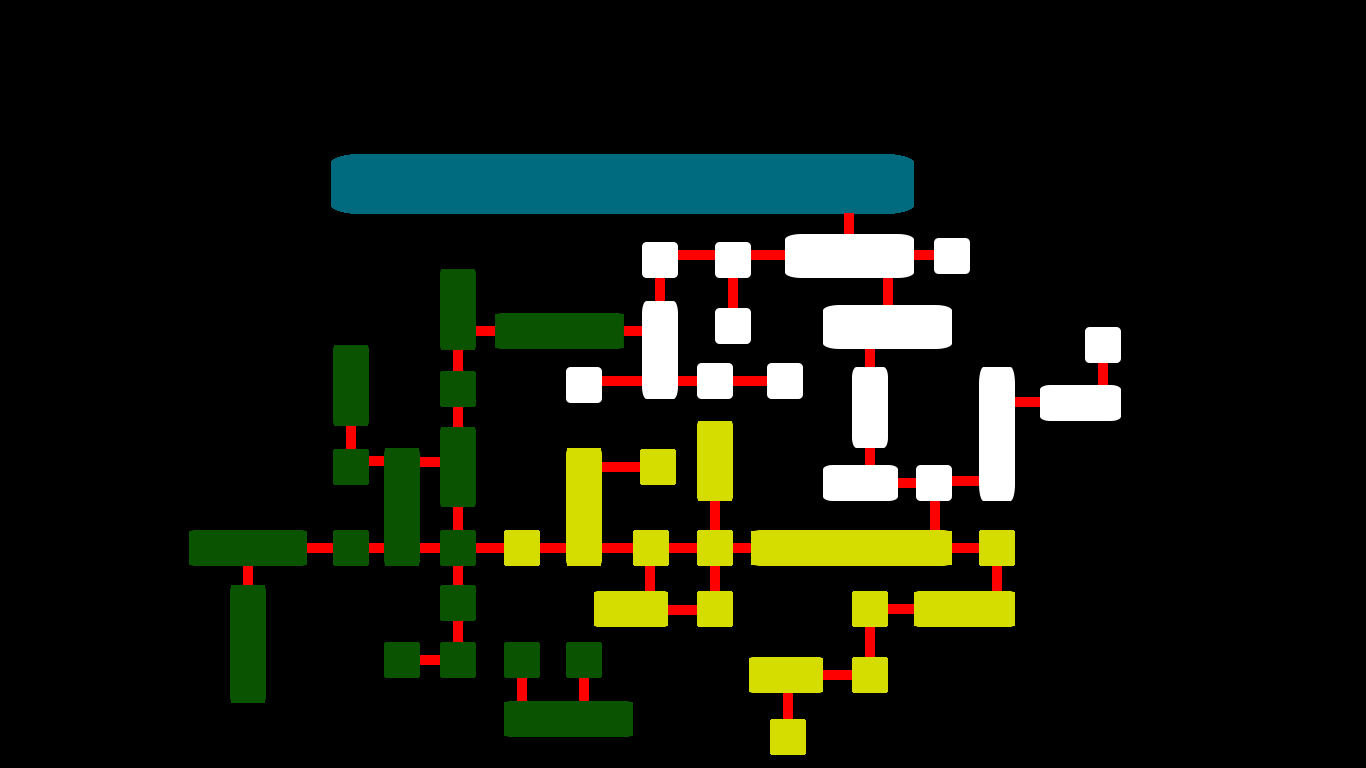 Hi, this is the first devlog of Miko mind dreamer (The sequel to Miko's Adventures)...

So I decided to just sketch what the world is going to be like, and I think this could be a part of the full map not sure yet, It's still very early and a lot needs to be added, also I don't need the map to be too big because the bigger the harder it gets for a one man developing a game, I want to create a unique experience without stretching too much, Also I'm planning to make places diverse and feel different from each other.

There will be regions called: Greyedge, Deep shadow, Colet (Every name is open to any changes in the future) and every region will have it's own unique story elements, objects, puzzles, feel and so on.

I just decided to start creating the map to get a feel of the world and where things will be, where is the important things, story, exploration, puzzles, enemies and so on...

Everything in this photo is going to change to a lot more detailed photo also more specific, with a lot more information.

See you in the next devlog ...

Testing Miko and how is feels when controlling him, this is just a testing area, more updates are coming soon!

Miko now can walk, run, dash, grab ledges and more are coming soon with updates, my goal is to make the player take full control of Miko, there will be different ways to jump across platforms, waking? running? dashing? combine? and so on.

What do you think so far ?

The platform with the blue object is fixed, the other one is the old version

Today was busy but Miko can wall jump now :)

What do you think

2 of many ways to wall jump in MMD based on the environment and the abilities Miko will have.

Let me know what you think?

I'm back and something is happening ..

Why my game takes so long to make ?

Oh so you thought you can wall jump only one way ?

1- Finished and polished the fire ball attack
2- Finished and polished the ice ball attack
3- Finished and polished one of the hardest things I worked on in Gdevelop5 (It’s a secret that will be revealed very soon).
4- Fixed a lot of bugs in Miko’s animations (all of them were caused by hitting several buttons together so the animation wasn’t working properly, this is fixed now).
5- Added particles to Miko when he is walking, running or grabbing a ledge (increases the game feel)
6- Made some adjustments that makes Miko now so smooth to control for example :-
—you can change your weapons or tool while running or even jumping or in the air (This opens a whole new possibilities in the gameplay which I think I might add and if it worked, it’s going to be CRAZY COOL!)
—You can dash backwards now (YEAH).
7- Added some restrictions to Miko’s movement like:-
—You can’t use a tool (the secret that I will reveal soon) while you are climbing a ladder or wall jumping (This makes the player use his controls based on the environment).
Are you going to climb? then remove that tool
Are you going to solve puzzles maybe? grab that tool
And so on, this makes Miko feels heavy and everything have a purpose.
8- Climbing ledges while climbing sometimes might give you a small boost to keep Miko going but it’s still a work in progress (and I don’t know if I’m going to keep it or not).

What’s next on the list ?
1- Tomorrow I might just set down and clean my events and resources, folders and so on, I don’t want to start working on something new and I have a mess to clean (Which I do have yeah,lot’s of it

)
2- polishing the sword attacks (I hope I can do some combos, I don’t know yet and I can’t promise anything) This one is REALLY going to take a while to polish! I hope not… (I might lose my mind on this one).
3- Play some games (I might get into a mental breakdown if I keep working like that for more than 15 hours everyday, this is not healthy, I need to chill out!).

After that ? We go into the second most important part in the game, ENEMIES! But I won’t touch that until Miko is looking and feeling almost perfect (Yes I love him!)

Now every couple of weeks or months I will do a recap like this post saying what’s been poppin’
Stay awesome!

Next update might come tomorrow with some cool stuff to see!

Somebody call the ambulance, Miko is on FIRE!!!
(Fire ball is finally done :D) Let me know what you think ?

Last 2 days were crazy, I did a lot of new stuff (I will share them soon!)

Don't forget to let me know what you think?

(Still a WIP) I'll share what he can do with it soon!
I worked so hard on this :) 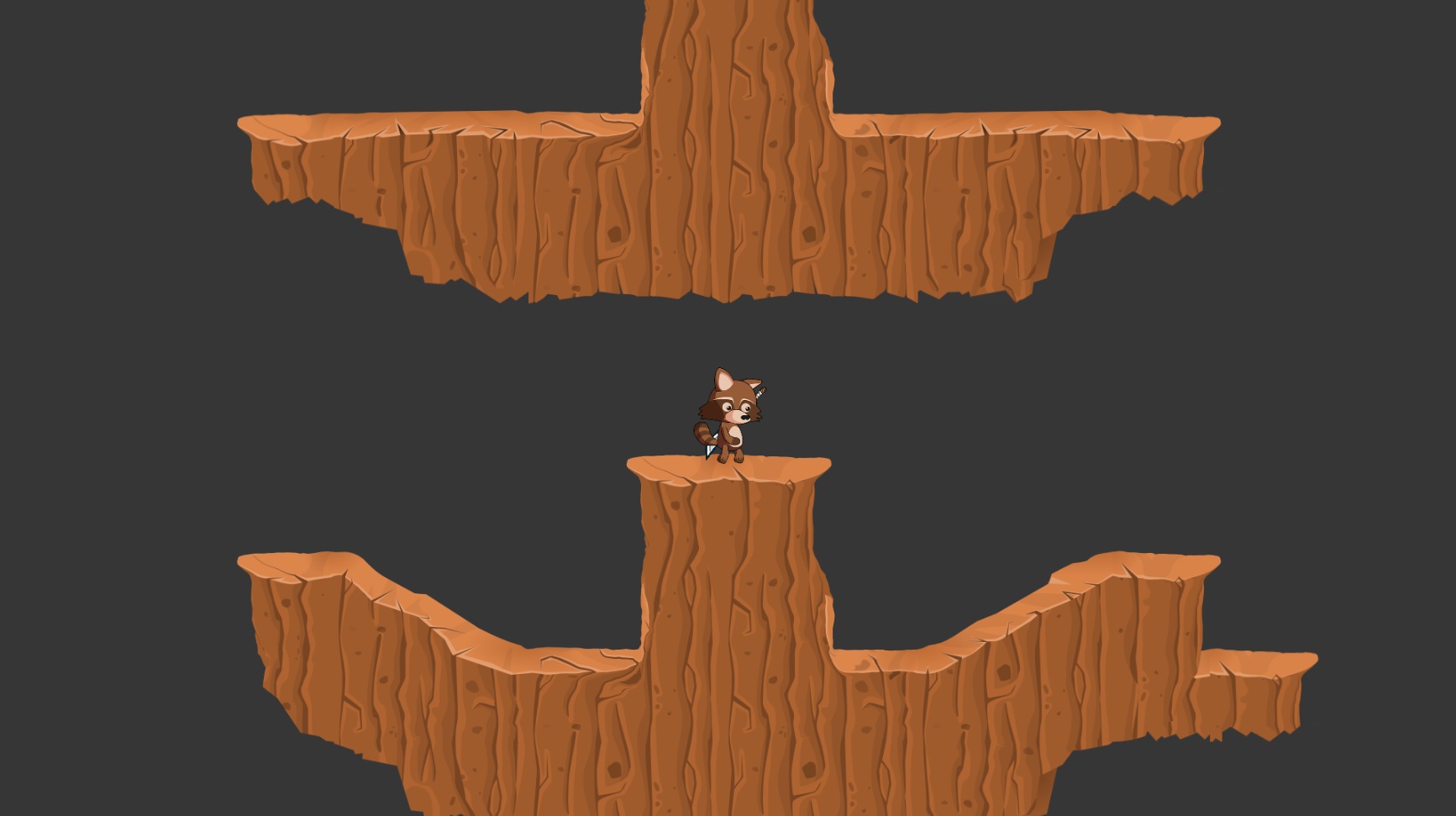 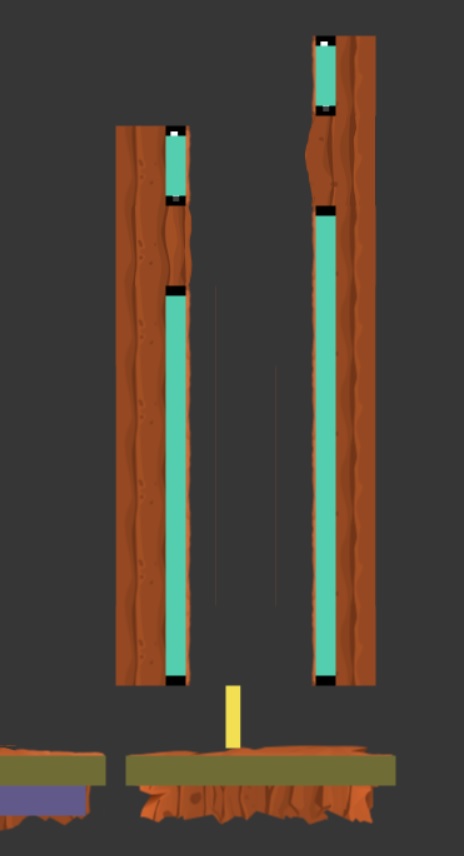 Created Wall jump platforms and it's ready and optimized to be used in game anywhere! These platforms are 90% done for now!

You can run but you can’t hide!

3- Enemies can follow you around and even jump (yup nothing can stop them … well almost!)

6- Miko is now faster, more precise when he moves (A problem I had in Miko’s Adventures where the controls weren’t the tightest).

7- Almost every action have a cool down now, means you need to be strategic about using your weapons and tools.

8- Enemies are now faster, more determined (And they will be even more determined in the future as I might use a new technique for them to move around the world “still in progress”).

9- Bullet time is added when an enemy dies, giving you a a sign that you killed that enemy (Thanks for Kink’s help).

That’s all for now! I hope you like what you see so far

This is the hardest thing I’ve ever build and I almost gave up on it. Took almost a week of not sleeping and working so hard to fix bugs, annoying codes getting into each other and simplifying everything as much as I can.

As you can see here in this update:-

3- They can alert others based on sound or sight.

4- Their attack now can make a sound echo which alert other enemies, so if an enemy is alerted it’s best to stay away from and hide or fight him in a place with no other enemies!

5- I can control now if an enemy jump or even control if I want them to fall of a ledge or not!

6- Enemies now re-spawn back to their original point if they can’t find you (giving you a second chance if you alert an enemy).

8- Enemies can’t see you behind a wall (BUT they can hear you if you alert a nearby enemy).

9- Stealth might be a separate style in the game to deal with a situation (NOT 100% CONFIRMED YET).

1- simplifying the whole code structure of the game (which will take a lot of time yes!) there are a lot of stuff that needs cleaning and a lot of unused objects (I need to get as much performance as I can because Miko Mind Dreamer will most likely be a demanding game).

2- Implement the new mechanic from the video you see above into the game (It will be messy and also will take a lot of time!).

3- After that I need to make a full chart of types of enemies and different kinds of them and give each one a separate personality to them!

That’s all for now… more videos of this will be uploaded over the next weeks!
Let me know what you think, I’d love to hear your feedback