Returning Players and the Future (26 October 2016)


Steam Marines 2 is going into alpha release within the next few months!


Some comments for players of Steam Marines 1 who may be interested in differences between the two games: As with my roadmap for Steam Marines 1, this list is not a series of promises. It's intended to give you a general idea of where I'd like to take the game. If I try something and I don't like it and you don't like it, I'll take it out. Maybe the game will pivot in a better direction. Game development is like that.

The current game plays like this at an abstract level:

Steam Marines 2 is currently slated for full release at the end of 2018. That gives me about two years to work with post-alpha release to get cracking on the above list. I'd love to hear any feedback on what you'd like to see in the game, although clearly this is a bit open ended as the game isn't out yet.


But even high level, abstract feedback is good! Things like "I want turn-based gameplay, I don't feel that real time ship combat is a good idea." is valuable!

(Enough people have raised issues with its real time nature I'll be changing it.)

Had a bunch of delays, including art because Hurricane Matthew chased one of my artists out of his home! More or less back on track now.

Can I launch a Marine as a torpedo towards an enemy ship? That would be a cool way to board other ships and would make ship combat more butclenching, as in, "Shoot the enemy ship to lower it's shields but be careful because you can run out of Marines"!

Yes, currently this is in the game after you lower an enemy's shields. Although the capsules are simple Unity primitives with no textures atm xD

The only thing scaring me so far is the line, "There is a bare bones ship combat system in place (that is not turn-based)...". I hope this doesn't mean something like real time ship battles in an otherwise turn based game.

Oh, and my biggest odd gripe with the original, I had the darndest time distinguishing walls from hallways, so I can only hope this is more clear in the sequel.

Yes, several people have now expressed concern about the real time nature of the ship combat. I'll likely be changing this.

Walls and floor tiles should be much more clear this time around. It's fully 3D, you can alter the XZ angle via camera rotation, and you can zoom in and out. While you currently can't alter the Y-axis angle, this should provide people with all the viewing they need.

But let me know if that isn't the case once the game launches! Originally I had free camera orbiting (click and drag to view at any angle) but locked it down primarily for ease of use/return to old viewing angles and to simplify controller/dpad settings.

Please don't completely give up on ship combat! XCOM:EU has both real-time effects and ship combat, and it functions acceptably without adding complexity or confusion. As long as ship combat doesn't have a fail-state (ie: losing combat forces a game over), then having (essentially) minigames to increase play agency and reward (ie: fewer enemies or better strategic entry points).

I like the idea of having the tactical choice of how to damage a ship in order to better breach it or salvage choice selections.

I haven't! But I do need to take a step back and reassess how I want to implement it as a more traditional tile and turn-based style of gameplay. I also like the idea of being able to target specific parts of ships for tactical advantages >:)

Been making some progress on the polishing and art asset side of things lately. Alpha in late September/early October, hopefully! Been trying to cram most of my assets into my first system to let players know how the overall structure of the game plays out. Still working on two planet side tactical environments.

Unfortunately I don't believe the alpha release is going to have fully fleshed out environments like desks, chairs, lockers, and that sort of thing. Because of the nature of them being interactable I ran into some issues with the level generator and placing them to work well with the core gameplay. Still working on that. I've repurposed the shield shader from the ship combat scene for personal use. Steampunk battery technology is awesome, right? Well, maybe it's actually alien tech. Who knows. Certainly not me. 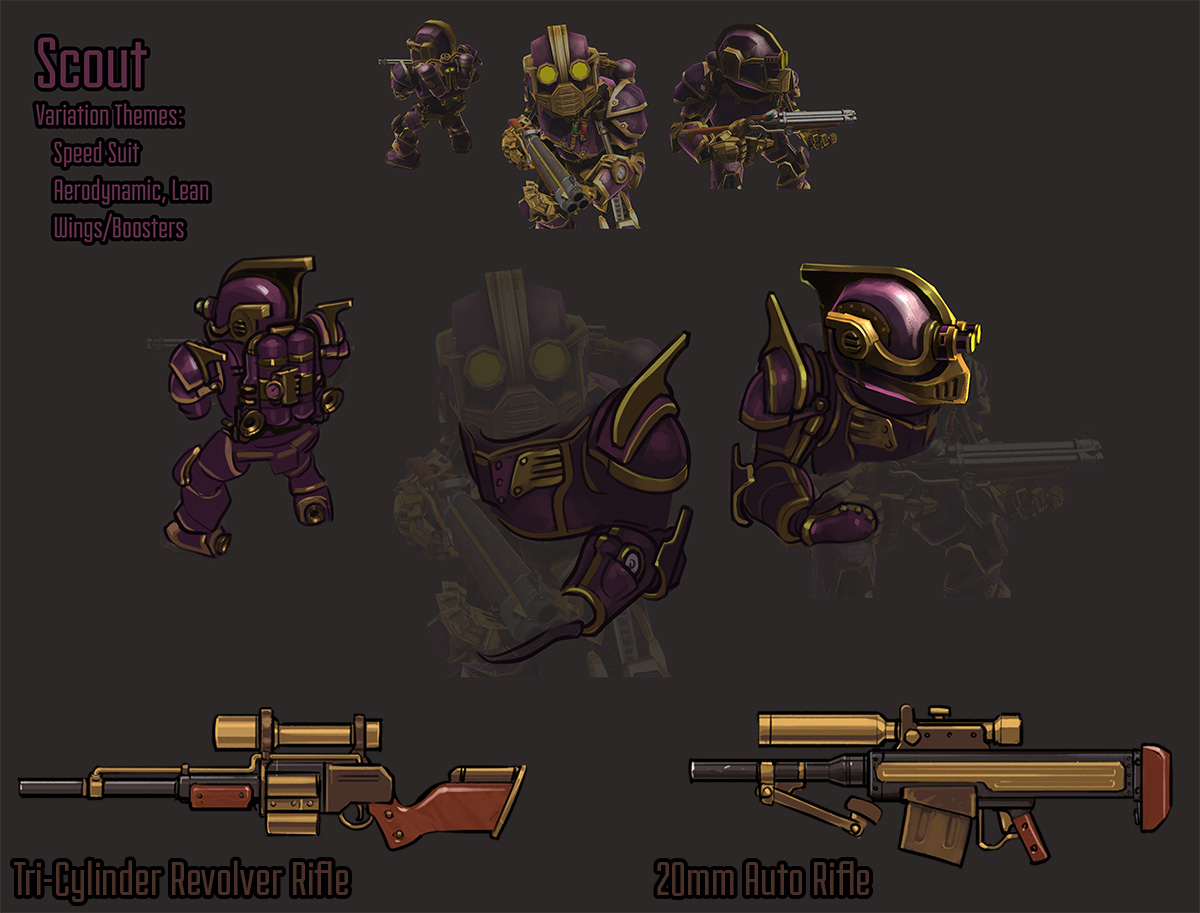 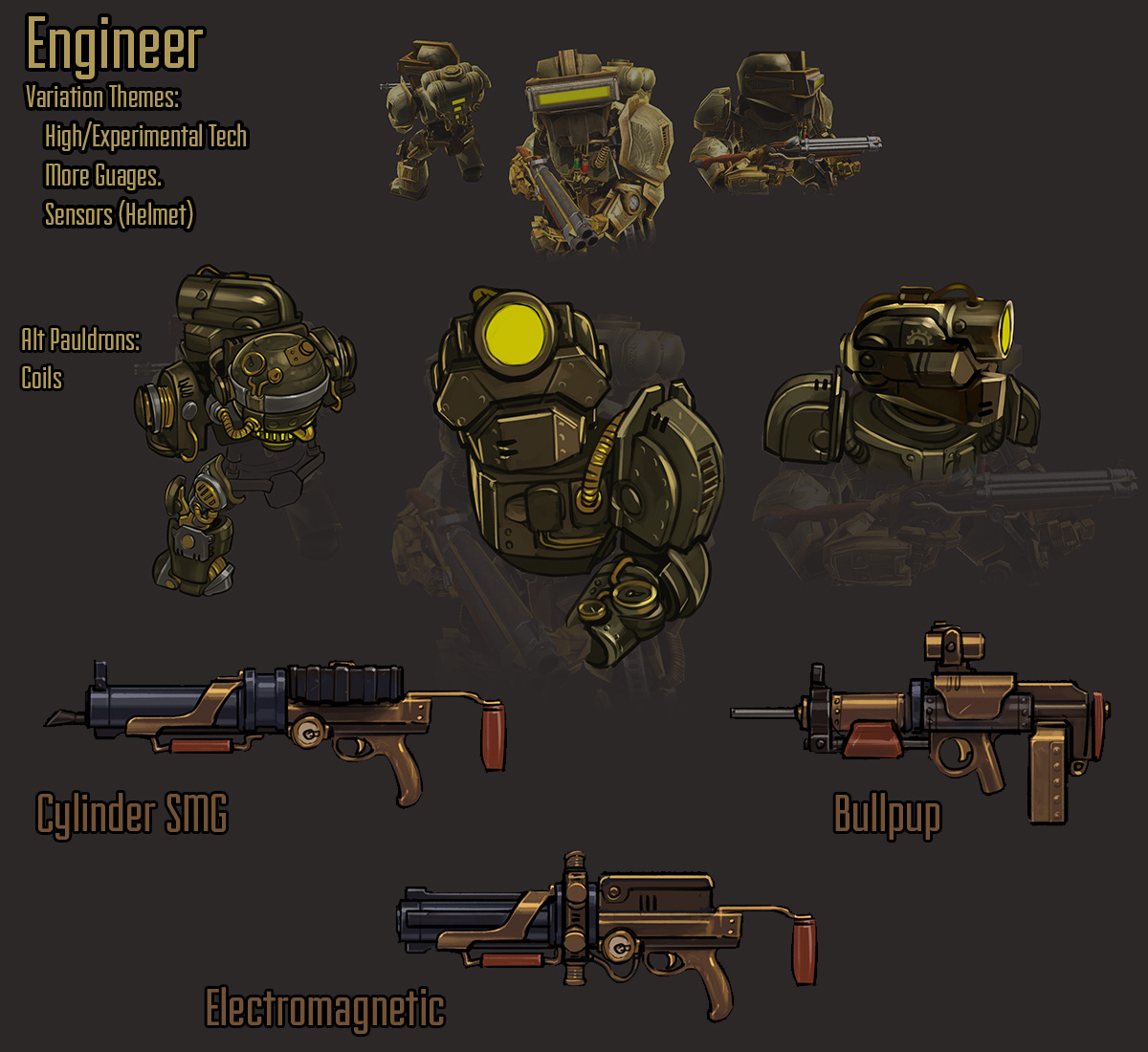 Been revamping the marine relationship system and adding in an ability toolbar that allows all marine to mix and match, with modifiers based on marine class, marine personalities, and gear stats.