Days ago published... Possibly some rather iffy submissions?

updated a Uni Elementals 324 days ago

published a game 285 days ago

Farm of the word

published a game 217 days ago

published a game 129 days ago

published a game 104 days ago

rated a game 94 days ago

Farm of the word

published a game 58 days ago

published a game 42 days ago

published a game 41 days ago

published a game 39 days ago

(4 submissions by the same person, including test your english 3)

Thanks, will go through them.
And yeah, I noticed the Emerek ones.

Good looking out.  I was assuming that people were just working way harder than I was. :D

Okay, I'm not good at these computer stuff, so I don't know if the dates correspond to the game's creation or it's just the Engine installation date or something, anyway, don't wanna expose anybody before clarifying it, but I thought it would be worth bringing it up: 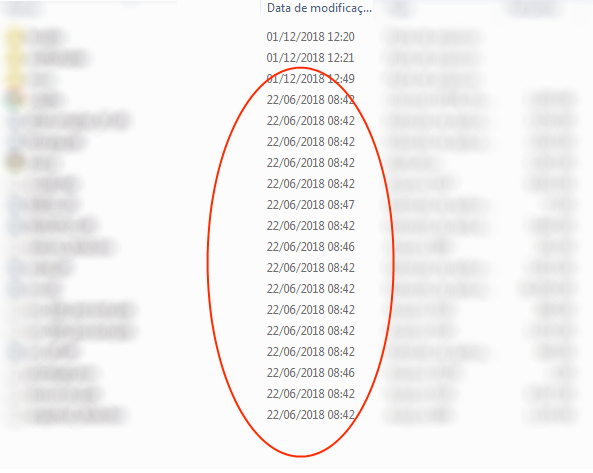 Those were definitely Engine installation date.  I checked a few entries from the same engine (which you can tell from the icons in your screenshot) and it appears that the build method most commonly used involves copying files rather than writing them, which preserves the date the OS believes it was last "modified".

That said, the other entries I looked at didn't have the modification date preserved for the subfolders, which still makes that game suspicious. I suggest trying to open any folder named "data" or "icon" (I'm not saying the one I have in mind since you seem to want the engine to not be specified). If that still has all the dates being outside the contest window, then that'd be reason for concern.

This is the date RPG Maker MV updated to v1.6.1. Like Colin said, when building MV copies the engine files rather than creating new ones. https://forums.rpgmakerweb.com/index.php?threads/rpg-maker-mv-v1-6-1-stable-rele...