In the previous tutorial, we drew some standard skeletons. In this one, we're going a little more crazy. I love not only drawing my skeletons, but also larger monstrous ones! I've been looking at undead abominations on Google and Pinterest for a while now and their always such a sight to see! I think for this one, I want to draw a muscly abomination type skeleton so I'll start by sketching it out. It's going to be larger than the previous skeletons we drew so we're going to use it as size reference. 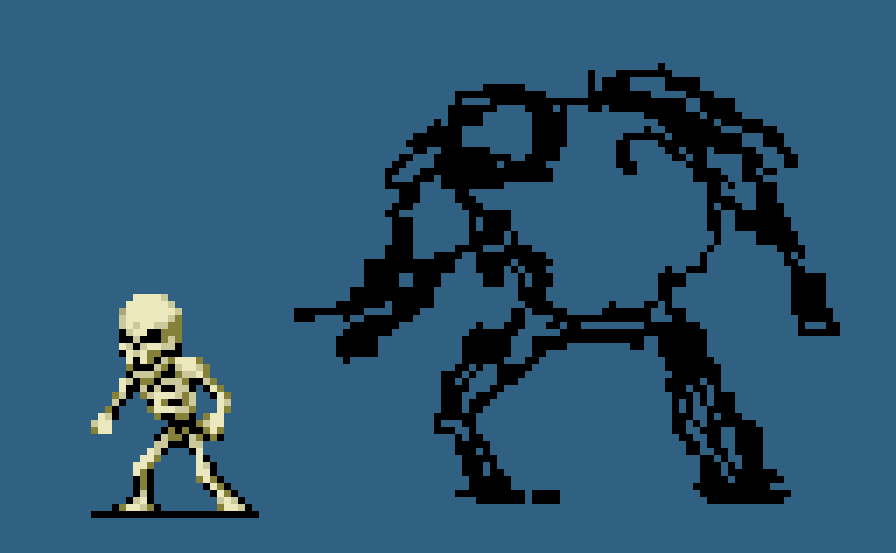 Main things to note here is the bulky figure with a hunched pose. If we're going to draw a large monstrous skeleton, that's one great way to do it! For now, we're going with 2 arms and 1 skull but I could increase the count as I go. Next we need to take the details a bit further, block in some bones and muscles (or draw your own monster). For me, these don't need to be 100% realistic but the main bones should be obvious to the viewer. 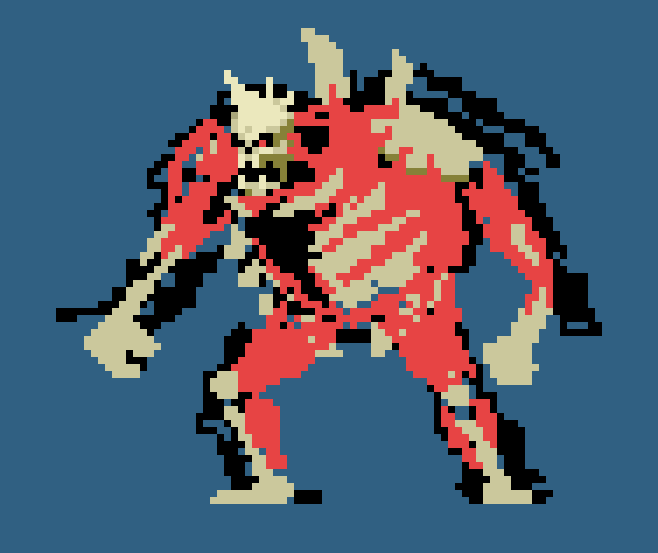 I now have a pretty loose sketch that I can analyze to make further changes. Something  about him looks too monkey to me, so I'll have to figure out what it is. I'll be right back after the changes. 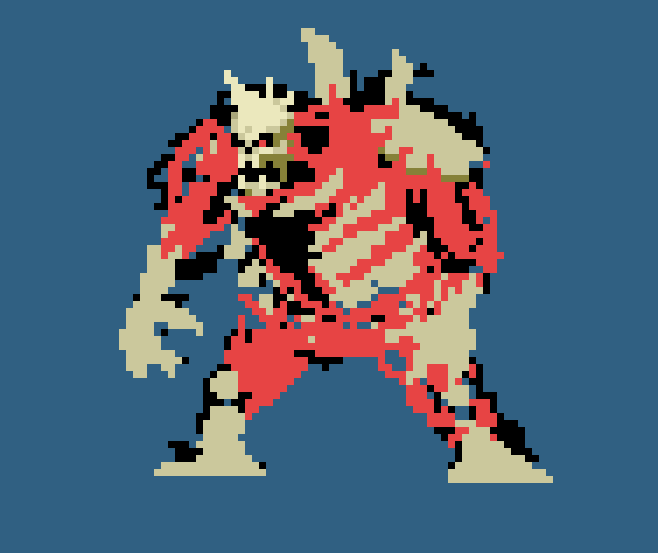 So I think his pose looks better now. My guess is that his feet were too tiny, reminding me of a monkey. Just don't make my mistake if unless you're trying to draw an undead monkey. Anyway it's probably time to start shading him shade him. I broke down my final drawing into smaller bits so that I can explain the shading process a little more clearly.

When shading bones such as ribs or limbs, I try to make sure they appear round.  I do that by showing light source projecting onto it directly and darkening around it with anti-aliasing. All it takes is a really small amount of pixel shading to do this. The result: 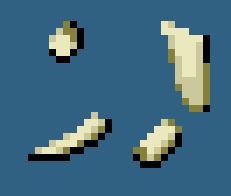 I honestly am not the best muscle artist but I know there are a few main muscles I need to bulge for my pixel art. There are mainly 3 I tend to show for the upper arm area: the shoulder (blue), bicep (green), and tricep (yellow).

When I show bones sticking out from muscles, I like to show a few tendons clinging onto the bone to make it look like the bone is stabbing out from within the creature. but it's not always necessary (like for the ribs on the right).

When drawing blood, you can have it drip straight down, or conjoin from the left and right then drip down, giving it a stickier appearance. 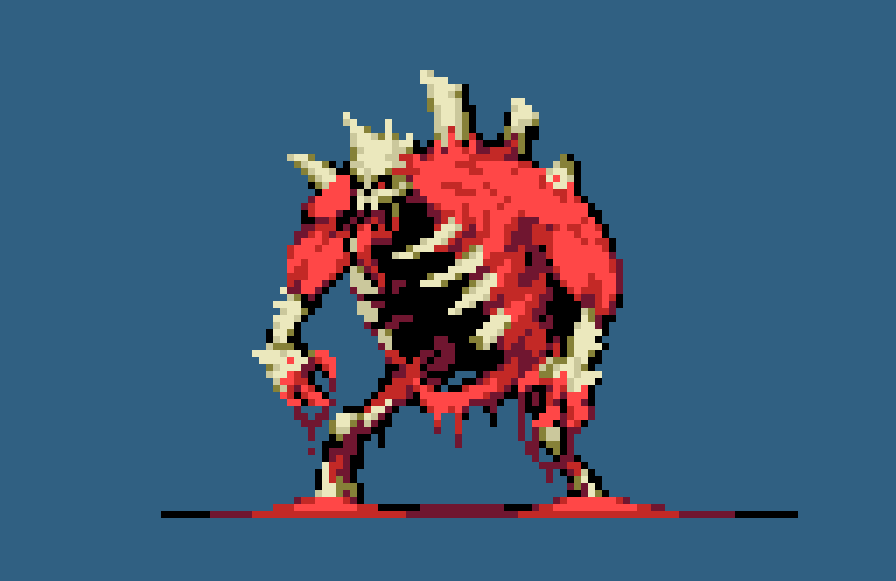 So here's the final sprite I came up with. I removed the huge shoulder from the original sketch I did. It added a nice silhouette but it just wasn't working out for me in the final piece. Since I ended up going with a bloody approach for this guy, I gave him a tongue to make him look blood-thirsty. I also added a goopy puddle of blood underneath him which reminds me of the zombies and mud men from the Castlevania series. Overall I'm really glad how this skeleton turned out. I really hope to see your guys' abominations. It could be a lot of fun if we all just drew undead monsters and shared them with each other. But anyways, that's it for this tutorial. See you in the next one.

Beautiful tutorial! It really breaks down the units well. Your skeleton has a good presence - big and bulky and full of weight.

Thanks a lot. I know finding pixel art tutorials has been hard for me to find so I really think we need more of them. Back then I would see a lot of great pixel art which was exciting to see but also a bit depressing because I couldn't draw like that. I need to bring that to an end! So I try my best to break down my tutorials because that's the only way artists are going to learn.