HAPPY WORLD is an adventure game in which you travel through different worlds completing various tasks for individuals to make them happy.

An unknown voice summons you, informs you it has detected unwanted negative energy in 3 worlds, and asks you to travel to those worlds to restore positive energy back to them by making its dwellers happy.

This looks outstanding! All the characters look so fun and aesthetically pleasing!

looks great, you got a good style

there's a little secret if you wait after the song... find out when i upload the demo to WORLD 2 soon. here's a hint to get you prepared: 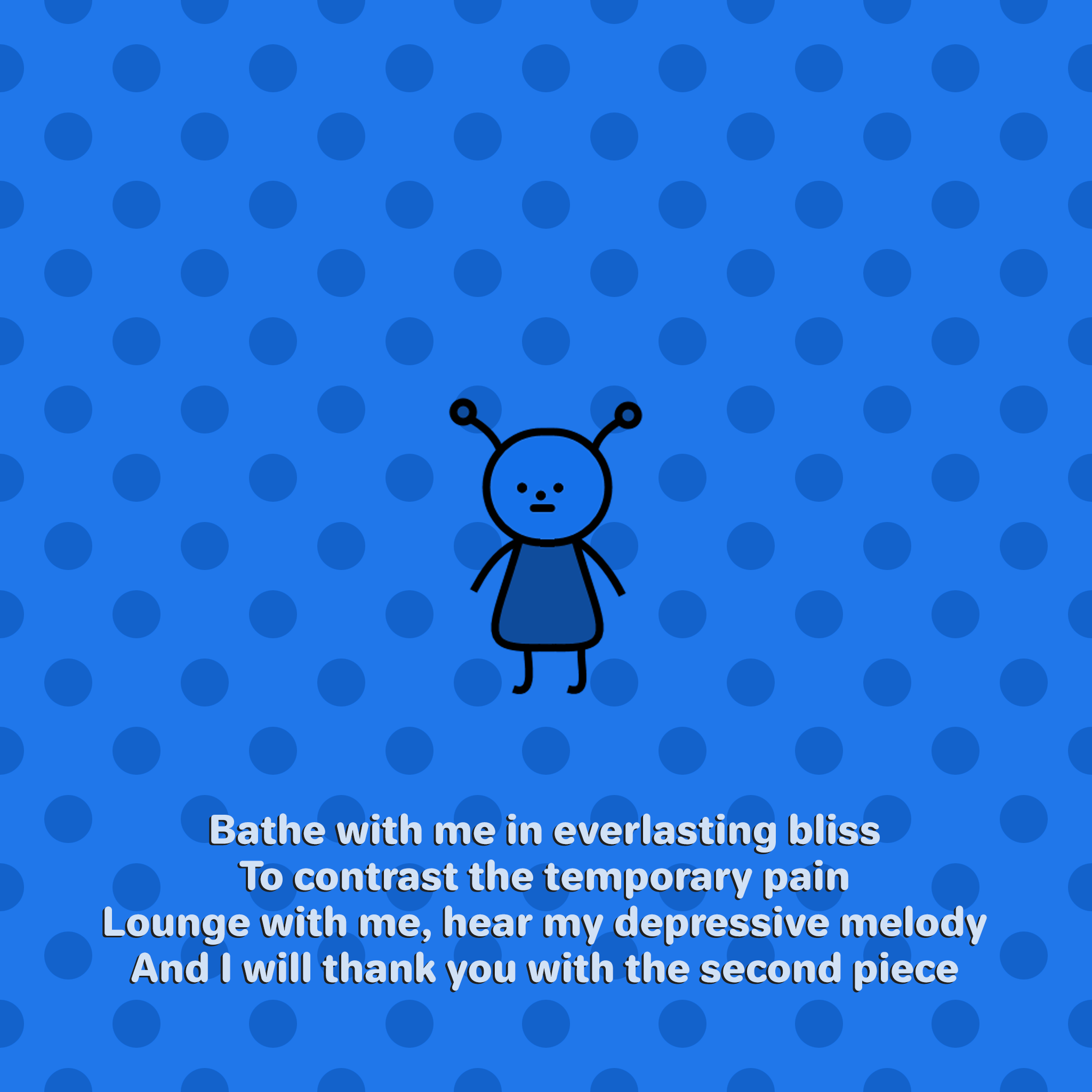 WORLD 2 is out now

The page is not found

been working on WORLD 3. here's the song: https://soundcloud.com/jimmymaslaki/world-3

Unable to flip their upside down by the token. When I scroll the token on their place , they just talk to me .

New things(some not shown in video):

finished everything. game is done. just need to polish i guess

heres another game play footage video of a secret part

HAPPY WORLD is a virtual multiverse. A lady, later nicknamed "Ghost Girl" lives inside of it.
In her house, she encountered something tragic. In the center of her living quarters, appeared a strange
crack-shaped hole in the air. Her curiosity brought her to peer inside of it, to which she lost it all.
she gazed into the crack, discovering every truth of her world, and the harsh reality that she is. That she's
in a computer game, and she has no free will. This traumatized her to the point her reincarnation filter was
broken, and she killed herself and became a ghost. The same happened to Purple. Since she can't reincarnate and
discard her mind shattering knowledge, she wants to terminate HAPPY WORLD and destroy the game. But Purple does
not want her to.

Ghost Girl creates these things called TOKENs. They are disc-shaped avatars in which people from the real world
can interact in HAPPY WORLD. She also created a DEATH MACHINE to destroy HAPPY WORLD, but she needs energy to
power it. That's where you come in. In the beginning of the game, she lies to you saying she needs you to restore
postive energy back to 3 worlds that are infested with negative energy(they are not). She will steal the energy and use it to power her DEATH MACHINE at the end of route # 1.

Travel around the WORLDs and doing trivial tasks for people via a TOKEN.

At the last time I went to excland, the ghost girl asked me to find her mind. But your webpage-based demo in itch devlogs doesn’t show the girl . What’s wrong with this ?

here is the soundtrack and release video

would really appreciate it if you tried it out. thanks in advance!

https://jimmymaslaki.bandcamp.com/album/happy-world-soundtrack    . There’re 46 songs , but your development history says the game has 41 songs . There’re only two songs I haven’t heard in the game, they’re stop and burn . Forty-six minus two equals forty-four that’s greater than forty-one . So what’s wrong and what did you do ?

It's random. You have to keep entering hub to try to trigger it.

How random is it ? True random or pseudo random ? When I have a lift in world 2 , something strange appears in the screen including the star .  And there’re some stars in the excland . Does it mean I should hop to the star ?

i dont know. i use UnityEngine.RandomRange

and stars don't do anything but get hit and make noise if u touch them. they're just decorations. there's nothing important in excland. it's just for fun.

I went to “never leave me” and “what are you doing” . Someone asked me why I’m running away and it says “for that, you’re gonna pay “ . But it’s a free game, why it lets me pay ?

For windows, HAPPY WORLD got new content and polish.