Thanks for the feedback! I appreciate it :)

Congratulations to the winners! Top 3 were well deserved.

Wow, thanks for the well written feedback! I really appreciate it! :)

It was insightful to hear you explain why you liked certain aspects of the game like the money puzzle and boss strategies since it contrasts with what I received from other people. So now I have a clearer picture seeing both perspectives.

Thank you for the playthrough and the feedback! :) I learned a lot from watching her play.

So I beat your game within around 35 minutes. I've taken a lot of notes so I hope this provides you better insight on areas you can improve on. I will be completely honest so I hope you don't take things personally.

So the biggest thing I noticed is that you're lacking a novelty for your game. What makes your game special compared to other games? Is it a fresh and interesting story? The stylish graphics? The fun and unique gameplay mechanic? It's this missing piece that can cause your game to get overlooked because it feels generic.

If you want to become a better storyteller, I highly recommend studying the Hero's Journey. It provides a good structure for story arcs and character development. You should also learn the different archetypes for characters. Usually there's a hero and a villain but there's also the messenger, mentor, shapeshifter, etc.

I hope this provided you good feedback to learn from. Goodluck with your future projects!

Thanks for playing and for the feedback! :)

I appreciate that you took the time to play this cause I agree, it's a bit rough. I consider this my first real attempt at a platformer game so a lot of mistakes were made.

Thanks for playing! I'm glad you enjoyed it :)

Thanks for playing! The video was insightful. I've noticed a few players who didn't realize they can use stronger skills using stars so the UI could use some improvement.

This is a hidden gem. You did a great job with the gameplay! The controls felt good, there was a progression in difficulty, and learning new skills throughout the adventure made it refreshing. Also,  I loved the dialogue between other bugs and animals.

This is one of those games where I overlook the RTP graphics because you've done a great job with the gameplay.  Easily one of the best games I've played so far.

Btw, I really like the aesthetics of your game. If you're open to collaborating on a game together, let me know.

You did a phenomenal job with the game design! The levels were well constructed, the graphics worked well with the music and to top it off, it had an interesting story about squirrels. I also liked how you added acorns in every map to challenge the player.

Unfortunately, there's one big issue I had: the controls. Judging this as an RPG Maker game, it's neat but as a platformer game, it's terrible. There were certain parts in the game where I had to jump onto the platform, and it bounced me right back because it collided with the wall. You should seriously consider programming a platformer framework with pixel based movement.

I gotta admit, it was a little rough trying to play this one. The story wasn't exactly compelling and I had a lot of issues with the gameplay.

There's a lot of room for improvement and I hope you take the feedback everyone gave you and learn from it.

So I finally got around to playing your game again with the missing files. Unfortunately, after the cutscene, it fades into a black screen and nothing happens. I waited for about 20 seconds, then I opened up the menu and tried moving around but it stays as a black screen.

Here's a gif to show what happens:

Thanks for the compliments and the feedback! As the human who runs the RM tester server, it means a lot that you enjoyed playing it :)

The game looks great and I enjoyed the music. If you told me this was an RPG Maker game, I would have never known. Now for the feedback:

As someone who's not concerned about getting a high score, in my perspective, the whole point of the game is to go from point A to Point B using RNG. It's one of the issues that I had while playing Mario Party Advance. Anyway, good job on the entry and goodluck with your future endeavors!

Thank you for the feedback! I'm glad you enjoyed the game :)

Thanks for playing and providing feedback!

In response to no menu: I didn't have enough time to program it. RMMZ's systems don't scale well at low resolutions (the game's base resolution is 320x180, which is smaller than RM2k3) so I couldn't use the default one.

Thanks for the feedback and catching those bugs! I appreciate it :)

I read your post a few times so that I could digest it properly. Based on your response, I see a lot of improvements that can be made. Thank you for the detailed feedback! I really appreciate that you took the time to write this. I don't have much to say other than I still have a lot to learn and your feedback gave me a new perspective.

Thanks for playing and providing feedback! I appreciate it.

Thanks for playing! I'm glad you enjoyed it

Thanks for playing my game! :) I appreciate the feedback regarding the difficulty. I didn't have enough time to balance out the battles because originally, I wasn't sure if I was gonna complete the second world. I'm glad you enjoyed it regardless!

I see that you added a patch for your game so I'll give it another try!

You're supposed to use counter because it ignores defense.

You're right though. I could have added dialogue saying how difficult it was to attack it so the player took another approach to try to defeat it.

The long battles are a result of the mechanics. Gradually building up AP takes more turns than your average RM game but that's why I made the battle flow quicker and there's an option to speed up battle by holding the confirm key. Due to this, I opted for a less amount but longer battles approach, which naturally changed the level system to permanent stat boost so there's still a sense of progression for a short game. But from what you said, it seems like it backfired.

I agree and appreciate your feedback. Thanks for playing my game! :)

I agree. That's a good idea, especially since stances do help for battles later in the game.

Thanks for playing and providing feedback! :)

I played through your game and here's some comments and feedback:

Good job with the game!

I played through your whole game. It was an interesting story and I enjoyed the small puzzles you made. I'm a bit disappointed that there was only one battle though after going through so much dialogue. Some feedback:

Overall, good job on your game! Since this is only chapter 1, I hope you continue to work on this and further develop the story!

I tried to play your game but I kept getting missing file errors. Since the presentation looked great, I tried to replace them with dummy images. This fixed the errors in the main menu but as soon as I got another cutscene, the error popped up again and I didn't feel confident that I could continue doing this. The game looks great and it's a shame that this happened. Hope you continue to work on it after the jam ends! 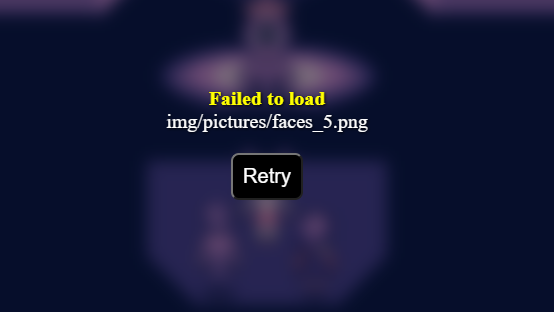 I'm surprised that no one voted for your game yet.  It was a lovely short experience! Very clean pixel art and presentation is really great. I got stuck on the part where you align the dots. I'm not quite sure how the puzzle is solved but I'm assuming it has something to with Ursa Minor? I think you should at least give a brief tutorial. Some more minor feedback:

Btw, the music box melody is peaceful and well made! Good job on the game!

Thanks for the feedback! I appreciate it.

The game design is excellent and I enjoyed the visuals, music and story! I also like the inspiration you took from Kirby and Zelda Minish Cap. Some minor feedback: the bosses were a bit too easy and I felt that they had too much HP. The multiple endings was a nice addition too. Great job with the game!

The music was great. It felt very fitting as a dreamlike trance. Here's some feedback:

Overall, good job with the game!

The visuals are really amazing and polished! I love it so much! It's hard to believe you made this on RPG Maker because it doesn't feel like a typical RPG Maker game. Some feedback:

Great job with the game! I hope you continue to develop it with platform levels in addition to the boss fights.

The visuals are stunning! Great job with it! The story is quite charming too. Here's some feedback:

I'm a fan of the magical girl tropes. The beginning cutscene was fun and entertaining! Here's some feedback:

It was a cute game. I enjoyed it! Also good job with the graphics! I love it when people put effort into making their own custom art.

Thank you for playing! :D

Oof, I can't believe I overlooked that boundary bug. I'm glad it's not game breaking. What was the wording choice issue you had?

I'm sorry to hear about the situation! Clearly, there was a lot of work put into this :(
Here's some minor feedback based on the short length of the game:

Interesting game! I played for about 30 minutes and I could tell you put a lot of effort into it. The beginning cutscene was amazing and well done! And I like the monster catching mechanic. I could see potential ways to add depth into it. Btw, there seems to be no cap on how much you can pet your monsters. Not sure if that's intended. The map design could be a bit better. I felt that some of them were unnecessarily big and the diagonal paths are annoying to go through because there is no diagonal movement. I feel like you should introduce more smaller cutscenes to add to the story or lore while you're navigating the first area. I'm not fully invested in the story and the barriers make it hard to continue. It feels like an bad design choice since the battle system encourages the use of recruiting stronger monsters relying less on the player to grind. So the only reason you would block the player from progressing is to waste their time. Overall, great job on the game! I hope you continue to develop it!