Sorry! Wasn't able to check if the MAC installation ran myself (Personally using Windows), guess there was an issue when I was compiling it. Not a lot I can do about it now, but thanks a ton for checking it out anyway!

These look insane! Looking forwards to more creatures in the future (Fingers crossed) 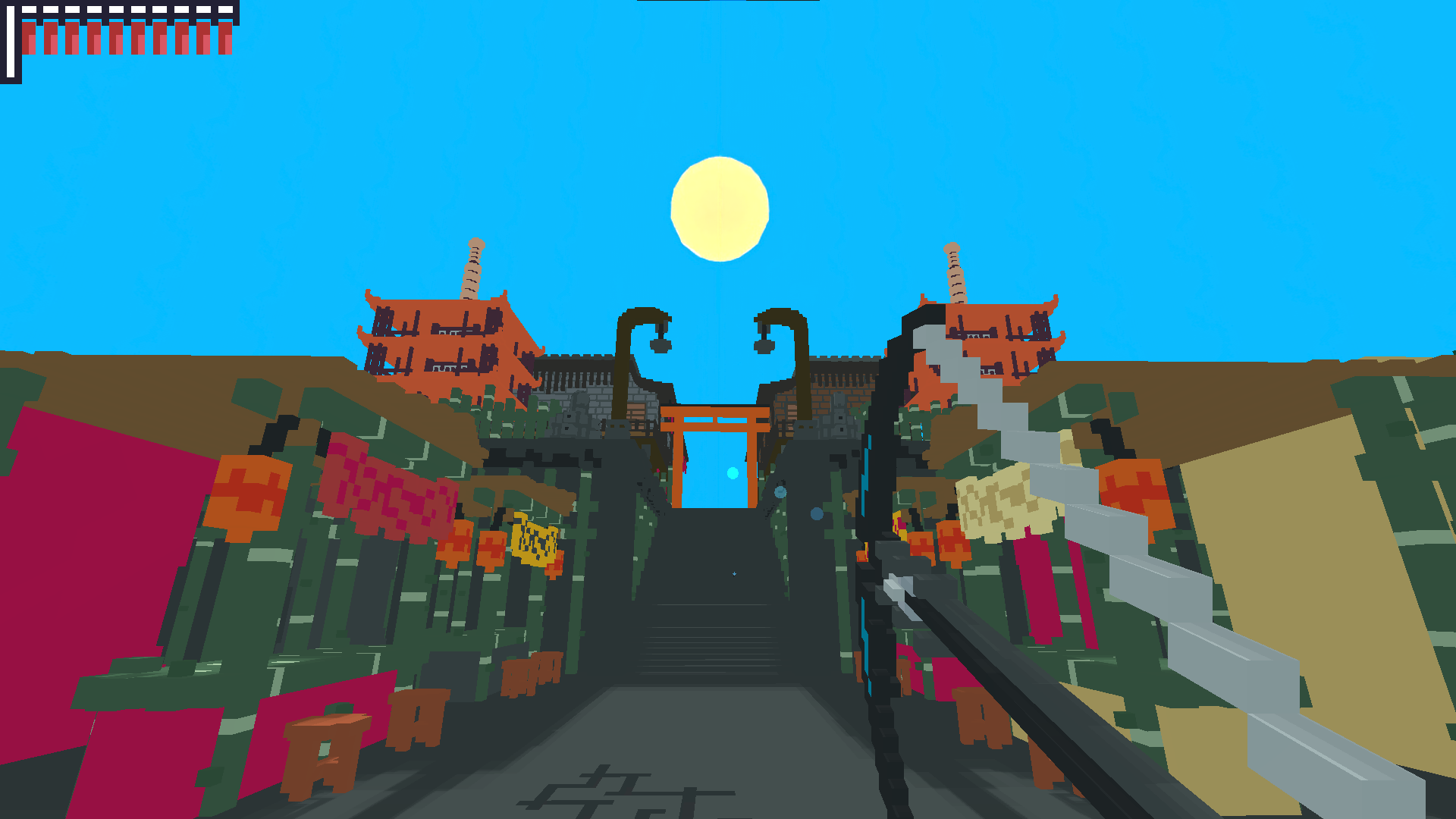 Set on a Japanese Island, Robotical is a small sandbox demo utilizing a custom-built world loading system and combat mechanics. Any feedback to improve either these systems or the art is appreciated!

Set on a Japanese Island, Robotical is a small sandbox demo utilizing a custom-built world loading system and combat mechanics. Any feedback to improve either these systems or the art is appreciated!

Awesome, will check it out!

Dope effects, crazy that this was done in GLES2! Also, how did you create the sky in the background?

Hi! Pretty great game overall, really impressed by the general aesthetic of the game. For improvements, I feel like a bulldozer feature where you can remove any of the structures you have placed would work much better then an undo button, since it can be frustrating when you have to reset the entire level because a structure you placed early on is in the wrong position.

Also, the blurring around the edges of the world looks great, but maybe tone it down a bit.

Overall though, it's a fun and unique take on the city builder genre, I look forwards to seeing what you come up with next!

Reply
itch.io Community » Game Development » Get Feedback · Replied to GuldorGames in First proper game ever, any feedback is appreciated!
whitehatcat1 year ago

Thanks for all the feedback on the game, don't worry about the mac thing, one of my colleagues has a mac from 2008, so it was a bit of an inside joke. Glad to hear the export works on mac though, since I didn't actually test it. Will check out your game when I have time, looks pretty impressive already.

Definitely agree that I should have added an aim assist mode to the shooting, I found that quite a few people struggled to hit the enemies. Also, the water was made using a simple shader that displaced the vectors, not that difficult but it requires learning an entire programming language (Which was a bit of a pain).

Next up I'm planning to work on a more open-world type game, though creating the backend for one isn't the easiest thing in the world.

Once again, thanks for the feedback, it's a huge help!

Thanks for playing my game (Loved the slowmo edit!)

Reply
itch.io Community » Game Development » Get Feedback · Replied to Mighcty in First proper game ever, any feedback is appreciated!
whitehatcat1 year ago

Thanks, that's a huge help! Will try to juice up the game effects and better test the difficulty in future games.

Thanks for the feedback, it's invaluable! Will try to make it easier to gauge distances in future games.

Once again, thanks for playing my game! 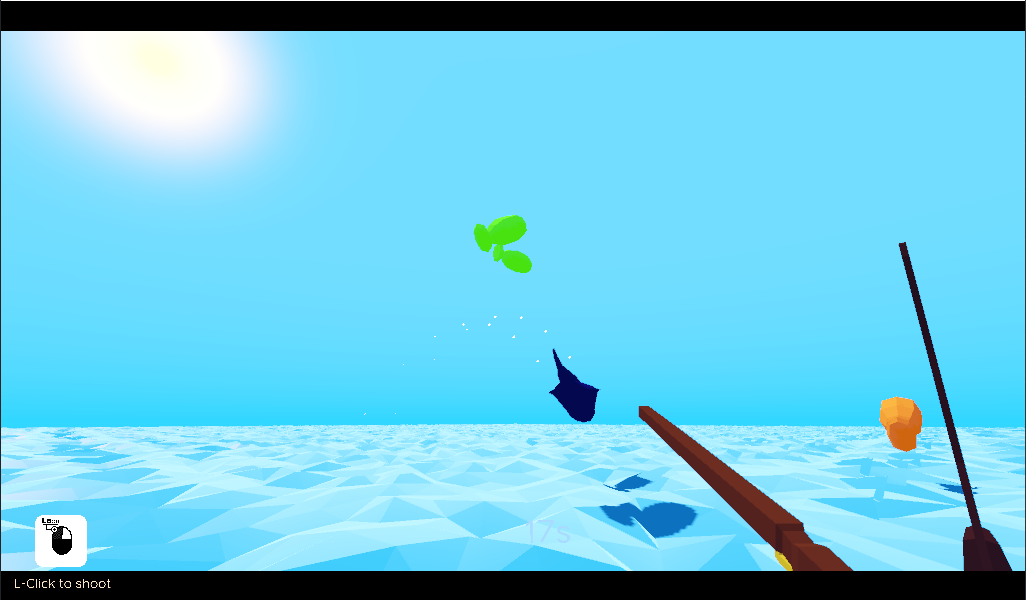 I've just finished developing my game "Krak'n Waka" and would really appreciate any feedback on it, took around 7 weeks. Since it's my first game, any feedback could go a long way to improve my future games. 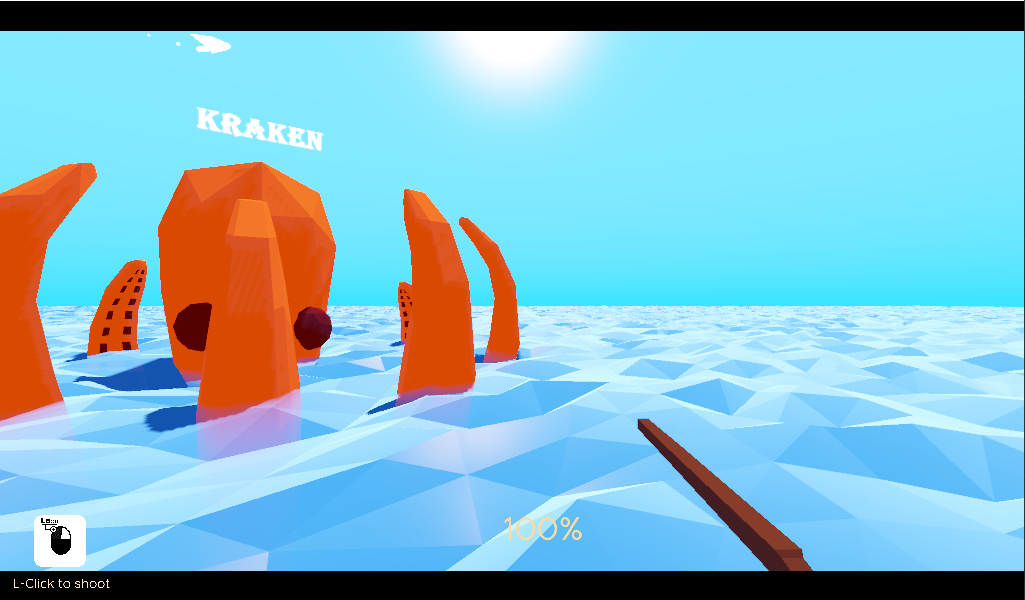 You are lost in the middle of the ocean, only a gun and a waka to your name!

Fight and hunt your way back to land!

Destroy 2 unique bosses, plus fish in a new and different way (You Shoot 'em!)

Thanks for reviewing my game! All the feedback you gave will be a huge help to future projects. Should probably have been more explicit in explaining how to do each phase.

Thanks for your response. Hope you keep making great games!

Will there be an open source version of this? Would love to see how you did the multiplayer using Godot.

Hey, at least you'll be having fun as your friendship deteriorates. :P

Good idea, I'll try to implement that in future games.

I agree with singleplayer not really fitting with the theme. Though it works much better in multiplayer, as the 2 players can both influence the acceleration speed.

Thanks, though full credit to Abstraction for most of the songs.

Dang! I completly forgot about juicing up the vehicle.

Good, though it would have been nice to have some music constantly in the background.

Pretty cool game, impressive that you made all the art as well.

Wow, the aesthetic is really great.

Ikr, when I was developing multiplayer I had to do the same. On the plus side, you get really good at it after a while.

Thanks, took forever to find the right soundtracks.

Thanks, your one was pretty cool as well.

Thanks. The multiplayer is what the game was built for, but I realized 0% of people had someone else lying around to play with.

Thanks! Your one looked pretty good as well.

Yeah, realized that half way through the jam, but by that point it was too late to do anything about it.

Not the most beautiful, but the game play is unique and different. Not bad!

Thanks! My team bailed on me just before the jam started, so had to make do with what I had.

Interesting game, but can you use .zip instead of .rar next time.