BEAT NOID
Arkanoid-like with a musical twist
Samsai
Action
Cursed Pl@tformer
An ASCII Curses-based plaformer
Samsai
Platformer
ENDUSER
A short text adventure about a person trying to get through a day of their life.
Samsai
Interactive Fiction

Fun start for a nice puzzle adventure. The graphics are simple but effective, and the mechanics are tried and tested first person 3D adventure fare. Nothing too unexpected in what we saw of the story either, but that's absolutely fine by me. I was definitely left eager for more!

I managed to grab two batteries from my own capsule as well. I wasn't about to kill anyone unless maybe it was absolutely necessary to save the rest, especially without investigating if there was a way to simply wake someone up first. Might not have finished at all if I had to resort to murder just to get a door open, or even just to save my own life.

The game over screen “sass” is basically just something we threw in to amuse ourselves, but I’m glad you enjoyed it as well. ;)

The sound issue is not with the sound effects, but with the code adding too much latency. There’s also a noticeable delay between the game visually reacting to something in the music and the corresponding sound actually playing, for the exact same reason. But that’s something that’ll improve if Ysblokje finds the time for the audio rewrite he’s been planning.

Paddle speed is a matter of difficulty and balancing, which we didn’t really have time for. A jam is a jam. We have plans for some gameplay mechanics that would affect the issue as well, so we’ll be tweaking things anyway. (I’ve managed to juggle several balls for a while multiple times as is by the way, but it’s not supposed to be easy.)

I’ll check out your game as soon as I can find the time, but as I wasn’t the one who actually submitted this one, I don’t get to give out ratings. That’s just how these jams work. Stranded does look like something that’s up my alley though, so I’ll be sure to give it a go.

The paddle isn’t rounded, but it has friction! Try moving your paddle towards the direction you want the ball to go. Some of that horizontal momentum will be passed on to the ball.

We actually tested a couple of mechanisms, including the one you suggested, and this felt more natural to us.

Oh and thanks for the compliments!

I'm glad you like the effect. The music is in an old-school tracker module format (made by our friend Gurnu on MilkyTracker during the jam) and we're simply lighting up rows of blocks when there's a note on a corresponding channel of the module. I wanted the blocks to look a bit like the lamps/leds on a horizontally mirrored digital VU meter, but obviously we're not monitoring volume levels, and the block patterns can make it all a bit hard to see anyway.

Did you notice that the ball launch counter follows the bass drum and the lights on the paddle are activated by the snare? :)

It's not on your end. It just locks up on a black screen after the photosensitivity splash screen fades out, hogging up some 85% of my CPU (Ryzen 3700x) until I kill the process.  I did leave it running for a couple of minutes in case it was just precompiling some complex shaders or something, but no luck. Couldn't get any useful debug output out of it either. I guess I'm giving up for now.

The game looks like something I might enjoy, so I'll definitely keep an eye out for updates. Let me know if I can help with testing.

Lovely little preview of a game that will make you smile. It looks good, it sounds good and it'll give you a laugh or three. The beta/preview is quite short and a tad rough around the edges, but I heartily recommend giving it a go if you enjoy platforming and are not allergic to a bit of silly humour.

After you've played the demo, why not go ahead and back the game on Kickstarter? I just did. Or donate here on itch, why not? I think it'll be well worth a few units of currency.

I tested today with a Dell laptop from around 2011, sporting an Ivy Bridge i7 with Intel HD Graphics 3000. The demo ran perfectly. Same thing on a Haswell i7 desktop system with its integrated HD 4600 GPU. On the Haswell I even tried with an Ubuntu system straight from the live install image to make sure, and the demo ran just fine.

If your hardware is very old and doesn't support OpenGL 4.5, you might want to try navigating to the game installation directory in a terminal and running "./ENCODYA_DemoV1.x86_64 -force-glcore42" (without the double quotes of course). Or if you've got very recent hardware, try the same with "-force-vulkan", because why not. :)

I found a workaround for the Linux "black fog" bug: Switch to Unity's Vulkan backend by adding "-force-vulkan" to the command line. Seems like it might make sense to switch the game over to Vulkan by default, at least on Linux.

The same problem on my gaming box with AMD graphics, errors and all.

Tested it quickly on my work machine. An intel iGPU, so test was run in a 1280x720 window at a horrendous framerate, but seems like the bug is still there. Screenie below. 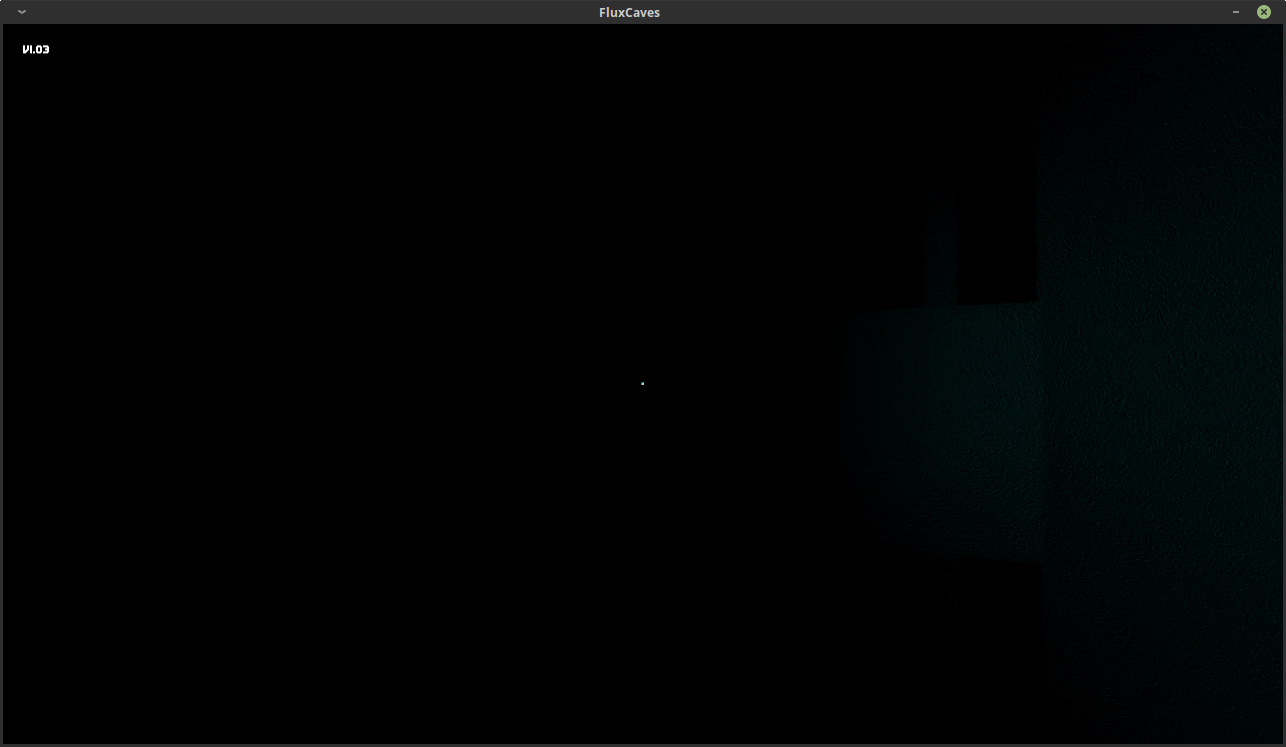 PS: First launch showed me a black screen for minutes after the unity logo, compiling shaders no doubt. Started quickly the second time.

EDIT: Errors in Unity's Player.log, maybe due to the iGPU?

The package for 1.5 includes a "hardcore" version of the ncurses executable without SDL features. Have fun!

Yeah keyboard controls aren't great. We're just relying on getch() for those, and key release events aren't available. But grab your SDL2-supported gamepad if you've got one and you'll have a much better experience.

Could you possibly elaborate a bit to help us fix this? Did the game not launch? Did you try launching from the Itch app or did you download and run locally? Did you try both the ncurses launcher and the pdcurses launcher? Which Linux distro are you on?

Due to the tight deadline of the jam we didn't have time to test very thoroughly, but we do expect it to run on Ubuntu >= 18.04 and derivatives like Mint 19, as well as Arch.

Can you try again? (version 3)

Version 2 worked fine on Arch when we tested it, but apparently only when launched from the itch app.

EDIT: I didn't make any changes to the game beyond adding a couple more deps into the libs folder.

EDIT2: Keyboard controls are really weird, that's why we added SDL2 gamepad support with more natural controls at the last minute. SDL won't return keyboard events for a non-SDL window though, so grab your gamepad if you've got one.

Because that's exactly what we did... :P