I love city builders. I have a boring question: what game modes are there? Do I always race against the 20 minute-clock?

Zeko
Drop blocks of the same kind on top of each other to make a match.
A match transforms the 2 blocks into a single block and increases its number.
So look for the right number and plan your next move.

Thanks for trying out! 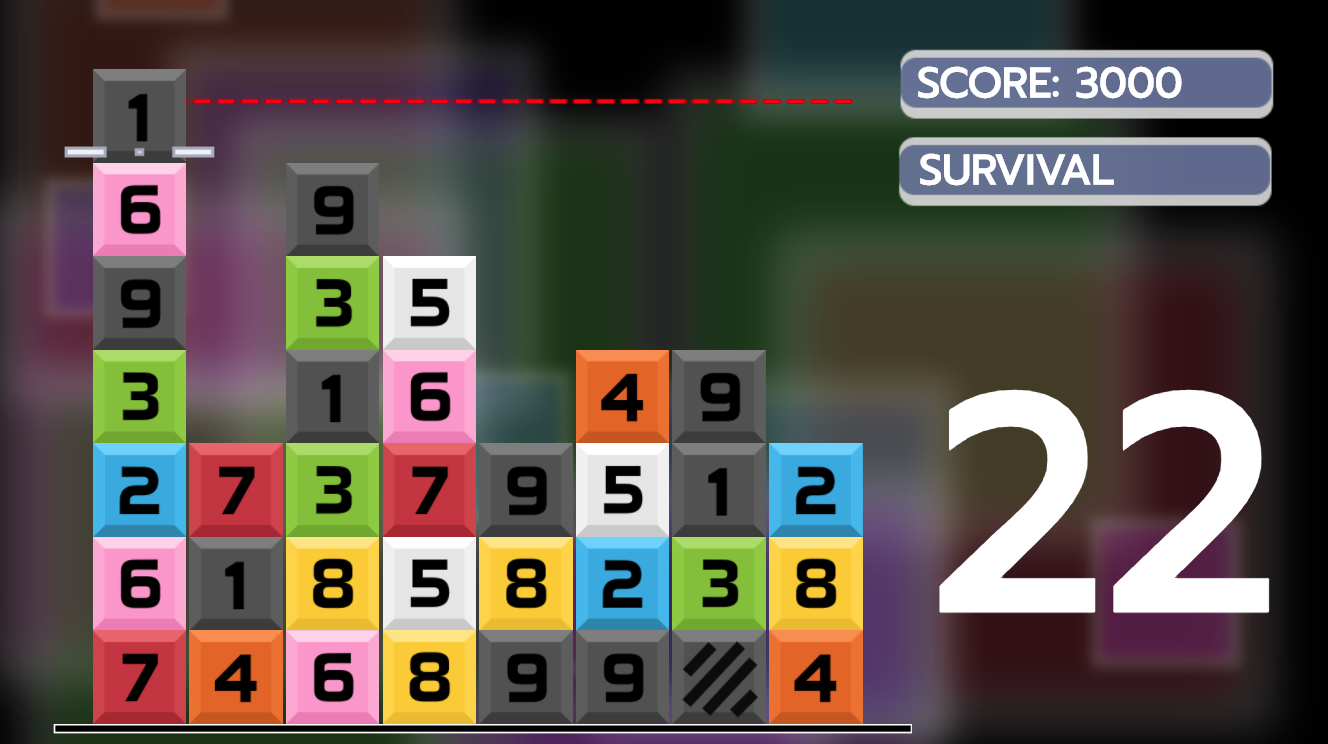 Reply
itch.io Community » General » Recommend a Game · Posted in ♣︎・Can you recommend me the best puzzle games ?
rogerty14 days ago

Well, if it's allowed - here's the puzzle game Zeko I made: https://rogerty.itch.io/zeko

AT LEAST I HAVE A JOB

The music is a really good emulation of mario kart 64, did you compose and play it yourself?

The tag line reminds me of one of my favourite games: Catherine :)

Hello Devotee! KIWAYA has steam keys now as well.
On what platform will you run the game? I am asking because I am curious if and how it runs on Linux.
Good luck.

Thanks for helping me Devotee.

If you wish to see a change, addition or new feature, let me know!
And I will see if it can be added for you.

You found a bug! Please let me know where you found it and how it appeared.
I hope to fix this for you as soon as possible.

This is a really nice game/program to have around on your pc in a small window and sometimes tweak it. Full screen and playing around with all options is also fun. I enjoyed playing it both ways.

Sounds like a fun idea! Too bad I don’t see any screen shots.

Thanks for trying! I will use your feedback for update v0.8.1 <3

Reply
itch.io Community » General » General Discussion · Posted in What can we, as devs, do to help Itch.io expand?
rogerty1 year ago

About the exclusive idea from CaptainD - perhaps some developers want to do timed exclusives.

Small ideas:
- make your game on Steam more expensive (because of the 30% of the sale going to steam)
- offer services on itch.io you do not offer anywhere else (updates first on itch.io? Support only on itch.io forums)
- know anyone working in a triple-A-studio? Let them try itch.io to bring in more customers (popularity).

A thought: steam, for example, is big. A downside of being big/very popular, is that it also brings negative things, like scammers, fake reviews and whatever you can think of you do not want in a community. (it takes time/money to combat this)

Nice game! One of the few games I kept playing after an initial test.

I'm a big fan of itch.io. Everything works and is simple to use.

Thanks for sharing your thoughts.

my game is also designed to be relaxing and is released a few days ago here :)   https://rogerty.itch.io/plants

Thanks! Do you have twitter? When I am going to use this tileset, I will let you know and donate some money.

Treasure chest (closed and open) and a walking skeleton? :)

hi! Do you still accept suggestions?

Nice art and fun to play