Thieves - Alpha
A top-down game similar to Hotline Miami and Payday 2, but with it's own unique twist.
R8ZER
Action

Hello, I have decided to make a game inspired by Payday 2, Hotline-Miami, and some MOBA games in some sense. So far I have the basic combat system, a development console, and player movement with a save and load system that saves and loads .ini files.

So far I have plenty finished, but also I still have many things to implement such as AI for cops the first level, which is the Small Bank map. A shield ability that last for 10 seconds meaning you run around with a shield for 10 seconds which can be used to run through crowds of cops to get to an objective. I also need to add ammo drops for enemies which will be similar to the ammo drop system in Payday 2. This is pretty much all that needs to be done for the very basic game concept to be finished. 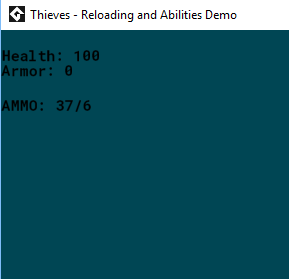 Yes this game will have Weed.

This game looks amazing so far, I wish I could buy it. I love tycoon games and just the idea of this game. By just watching the video I would give this game a 8/10.

To open the console press INSERT

The Forgotten is a short story / novel that is written in a unique way. Each book is basically a long chapter of the story eg. This is chapter one, the next book will be chapter two. After each "chapter" has been finished then work on the next "chapter" will start right away.

Keep in mind that this is only the beginning of "The Forgotten", the one about heisters that turned on one another through a series of  Bank Robberies, and Jewelry Store Smash and Grabs. Until one day it all went to shit.  What happened? Who are they? Why has everything been ruined? You will find out in this chapter of secrets that need to be uncovered.

This is just a Pre-Order at the moment, because I am not finished with the book yet.

The first FIVE people to use this coupon code get 95% OFF Coupon Link.

Here is a temporary logo for the cover that is subject to change.

Want to get the game for free? Click this link, and scroll down to claim your free copy. 3 Left!

Here is a link to the sale.

In this devlog you will be following my journey as I develop Unknown Survival which is taking text-based to another level.

Currently the game is not even in Alpha, but Alpha 0.1 will release on 06/30/18 unless I have some family related things to deal with. The game is a pre-order right now, but it is 75% off. Links will be at the end of this devlog. I don't have any screenshots to show that are good.

While developing this game I realized that making games is fun, and you can make whatever you want, so I stuck with realism and survival.

The first thing I added the  game is a save and load feature, a lot of games still don't have a save or load feature which I find strange.

Since the game is text-based I am limited to what I can make, but with a large amounts of hard work, and coffee I can get past those limitations. For example one limitation is graphics, Yes I know you can make a text-based game with ASCII graphics, but what I mean by graphics is smooth textures, unique colors, and lighting effects, like your traditional exploration games.

The third thing I added was a bank where the player can deposit and withdraw money.

The fourth thing I added was a PIN you have to use when you are not near the bank, maybe out on a mission and you see a atm, all you have to do is type your PIN and you can deposit money to your bank account, if there is a shop you should probably withdraw some money so you can buy some guns or some gear.

The Last thing I added was cheat codes one of them is a bunch of random numbers, the other is five words with four numbers at the end

This game may be text-based, but that doesn't mean that it is bad, with loads of work and coffee I can make this game the best text-based game ever.

You can view the Project Page here

Feel Free to check out my Patreon.

I want to know if you are interested in playing this game.

I am hosting a giveaway on my twitch to giveaway 35 Alpha Keys, all you have to do is watch my stream and use your loyalty points to redeem a free key. https://streamelements.com/r8zer17/store

This game is text-based, but it provides everything a normal game can provide except the great graphics of course. This game is a great mix of Survival, Shooting, Looting, and Trading to keep you playing for hours.

If you want a FREE KEY join the discord server here https://discord.gg/Q8CvsHS . 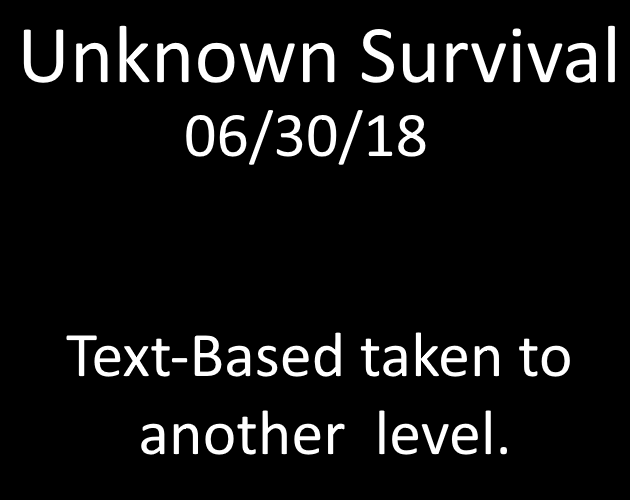 If I had to pay to play your game I would buy it.

I have also decided to make a game inspired by your game and Game Dev Tycoon called Gun Maker Tycoon. In the game you make guns that you can sell and rule the world. In the future you will be able to shoot the guns you make.

It will be made in Construct 2 because Construct 2 is a good 2d game engine and is easy to use.

Also what engine do you use for the game or are you using your own?

You should add graphics cards or ram to the game so you are not just making  a cpu.

The topic of Escape is to escape a room or prison or just about anything you are escaping.

Text based game based during the Medieval times.

Text based Rpg game based on Anime