Thanks for that. I wil have a look at it.

Doxygen looks promising and I will explore it when I have a bit more time.

If I ever release my tool for the public it will probably only support Unity and it is a fun project to do but it is still very rough around the edges to use.

I am the author (or one of the authors) of game assets that can be found under the name Playniax on itch.io and the Unity Asset Store.

Not only do we sell graphics but we also sell game templates, frameworks and other useful stuff for Unity.

DocMaker (for lack for a better name) takes comments from your scripts and converts it to a HTML based page or pages.

I couldn’t find a similar tool that could do the job for me so I created my own and for now it is only intended for internal use at Playniax but I may take the rough edges offin the future and release it to the public.

Do any of you guys know a similar tool and do you think people would be interested in such a tool?

If will probably turn it in to a commercial product if there is enough interest.

Anyway here are the latest docs created by the DocMaker.

Galaga is arguably one of the best games ever made.

Galaga Essentials contains the necessary assets and code to create a Galaga type of game.

Go ahead and make your own masterpiece!

You can buy it here (Unity store is pending approval) 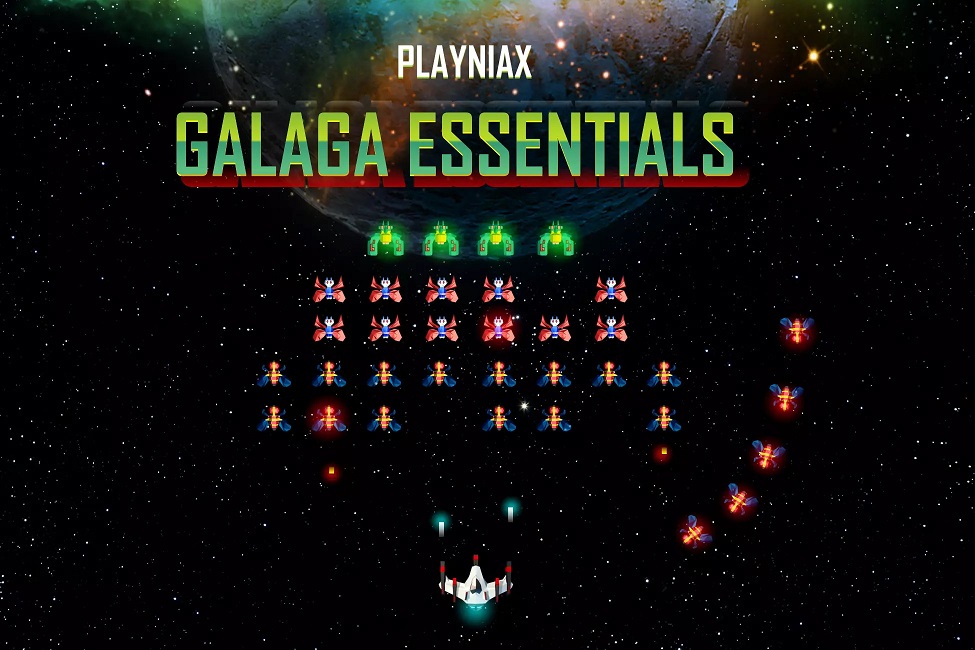 Thanks, I will post something here within a couple of days on how to use them. First thing to mention that for now the pack is mainly an asset for the graphics and that all the scipts included are meant for showcasing. However it has a little bonus framework called Ignition inside that I intent to release as well including documentation soon (still working on it). I will draft up an example for you on how to use the particle engine that comes with Ignition. Give me a few days.

The explosions are not animations but particle effects.

These space packs also include a little framework called Ignition and was written to make the assets come to live. Although most of it's scripts and how to use them are intuitive I thought it coudn't hurt to make some short tutorial videos. I have finished 3 right now and will add more.

Thanks. I didn't know Lethal Judgement but had a look on youtube. You are right it has the same vibe...

If you need space shooter art for your project have a look at our latest releases!

Get them HERE or HERE

Available for Unity Demo 1 &  Demo 2 (demo's work best on desktop) and as standalone zips for your own engine. 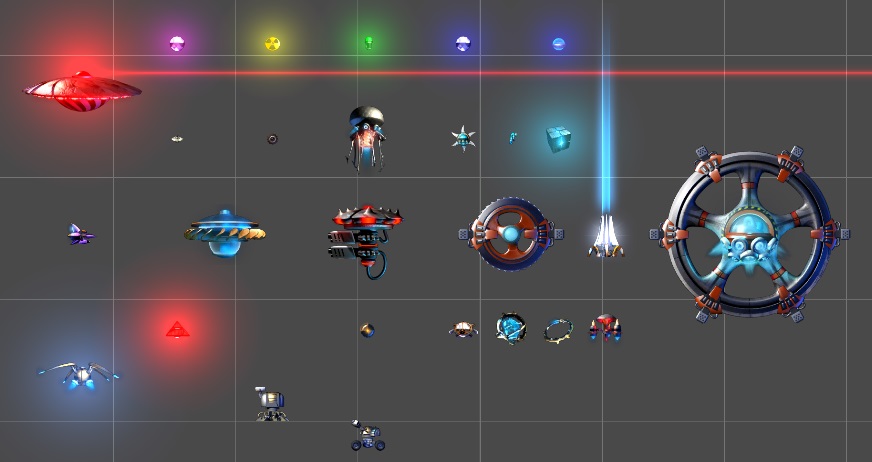 We are pleased to announce the release of a new art pack called Space Shooter Art Pack 02 for Unity, a 2D space shooter construction template.

All the basic behaviours for the enemies are precoded.

The art was used for our Defenstar and Revengestar games.

Just letting you know that we released some new asset packs.

You can find us here here

Playniax can also be found on the Unity Asset Store

You could cover our game Revengestar. It's out for Android and Desktop. iOS is coming soon! Mobile versions are free, desktop version not but I can provide it for you if you want.

What do you mean exactly with ' Where it doesn't look at another external file to load the assets'?