Enjoy the game and thank you very much for the donation! ^^ /
Please feel free to let me know what you think of it so far.
I know it does have a lot of short comings I tried to work around. : )

hello! new version is available. this should do the trick - if you encounter any bugs / game crash, please screenshot and let me know. i will provide a fixed version.

hello!
oh gosh - yes there is a newer version.
i will see to get it uploaded in the next 2 hours.

Reply
itch.io Community » General » General Discussion · Posted in im broke but if i had money would you make my game
nebelstern355 days ago

"If i had money would you make my game"

I'd be a game you directed and based on your idea and story / etc, with your name on it.

It's not cheap though.

It's really not cheap.

Hahaha! I see - that's very good.
I expected something like that.

Didn't think it was actually a thing.

It is a straight up fantasy world with deep lore, mysterious places and a lot of challenging creatures.
Quite similar to an mmo world, fights between adventurer and monster is very common and almost trivial here, at least for the more experienced ones.
Quickly breeding populations have to be kept at bay, which some people make a living of.  Thus, this game is very combat oriented.
It's very easy to learn and understand - BUT challenging to master.  If you plan ahead regarding skills and classes, your character can raise to anime- hero power levels pretty quick.
" Let's Naruto-run into battlefield and deal over 9000 damage! "

https://discord.gg/8Pex4D ( our discord, where we play online whenever we want! (GM usually only on sunday).

https://refsheet.net/ ( your character goes here - and stats should be visible to anyone )

o__o I didn't think that there were other people in the world that thought building an entertaining single player tabletop game is even possible... That is something I have been thinking about for years....

Hello survivors!
We managed to put together an early version of " Summer Camp of The Dead ", a side scrolling  horror game that's a bit arcade, a bit survival and a lot pixel horror! It's made from scratch, code and pixel-wise, but it is yet not finished yet.  Some relevant game-play elements are still missing, normally there are more interconnected areas, there are 3 more characters to come, each featuring their own weapon and much more.  But it is already playable and seems glitch-free!
If you like pixel art or zombie games, please check it out, ok? We are happy about feedback to improve.

I hope more people will add / share their games!

hi mhughson! sorry I don't know how to else contact you - are you still active?  have some questions, please drop me a line or two. : )

thank you for the friendly suggestion, that is very thoughtful of you : )

hey thaaaanks! i'm glad you like the visuals.
unfortunately, i doubt there will be a Mac version.
i can't compile it for Mac.

thank you very much - i will look into it. : )
there should be options for me to fix it.

hello dear community!
i recently uploaded a little dungeon RPG to itch.io.
it is about adventurers exploring a mapless dungeon.
would you mind checking out of the game is playable?  : )
much appreciated! 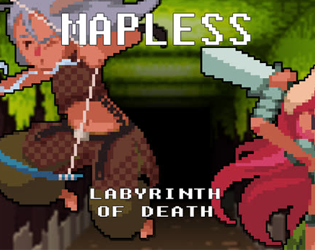 oh - well that's not good.  thank you for reporting.
does it say anything?  is there an error message?

Completely understandable! To be honest I found that beautiful track without description / song name somewhere on my hard drive and did NOT remember where it came from - but it fitted so well as a placeholder and  the deadline for Monster Month came too close for comfort. =w= It's sad I have to replace it at all, but I already found a few free alternatives. Still, thanks for the feedback, Neco. ^^
PS: The 3rd animal is supposed to be a cat.. =w=

Wow, thanks so much for playing and even recording w/ commentary! ^^ That was lots of fun to watch - well played! You pointed out some interesting things like... stuff I might want to re-name =w= Lube-Oil... I get it... *lol* the red 'greasy' liquid too maybe. Anyway, subscribed to your channel, keep it up!

I liked it~ ^^ would be even better with illustrated art.

Reply
itch.io Community » itch.io » Questions & Support · Posted in no views / followers on itch.io after a month?
nebelstern3 years ago

Do five bucks really make a difference? o_O
I mean, I never tried that method but... I always thought it was bullocks ( since I almost never click on ads, even with ad blocker deactivated )

Reply
itch.io Community » itch.io » Questions & Support · Posted in no views / followers on itch.io after a month?
nebelstern3 years ago

Hello, thank you for the reply -
My, that is interesting to learn.

The core audience is so different?
Curious. I heard  Va 11 Hall A was started out on itch, and that's a pretty interesting game. ^^ Well, among other very fascinating and popular titles. Of course, I suppose mine can't really compare, it's more in the pervy weeb trash* direction. It's the best I can do. But that would explain the difference in follows and back up your theory.

*still a big labour of love though, quite honestly.

I will get straight to the point -
It has been a month since I uploaded my project here as well as on the 'rival' site (g**ejolt)...
Now you would think both sites are comparable when it comes to pulling attention to your game but...
I gained only 2 followers on itch.io, while gaining close to 400 followers on the jolt.
I put the same amount of care and effort on the presentation on both sites. But only one site generated ~14 new followers a day. The other site, not at all... so if course I ended up being more active and involved on the site that's more active.
But it still does make me wonder, considering a month has gone by and the difference is so big.
Why didn't my project get any views / followers here?
Did i make some mistakes? Maybe in tagging? But I'm pretty sure I use the same tags on both sites...