I really want to say that I love the music in this game. Would you please consider releasing it for purchase?

Hi! I bought the game and the sack of extras on Steam. I have a question about the extras... If I get something from the bag, and no one has that item in their dialogue to talk about, does that mean that it's not for them?

Okay. Well, without spoiling it, I will say that you can bring your choices with you from the first game, and your dialogue choices will help shape your relationships.

Although, I will say that some things that happened in the first game don't carry over. In my game of Demonheart, Ari dies. But she's in the second game, and the fact that she betrayed me and tried to kill me never comes up.

The reason I ask is that if you play the demo, a lot of your questions are answered. I don't want to spoil it for you, though.

Have you played the demo, yet?

Just wondering, Steam says the game will be available on January 29th, is that still correct?

I really didn't see that much difference in regards to the scripting with Brash and the priestess. Was it in the dialogue?  I really didn't notice anything different... Maybe Brash walked a little slower? What exactly was changed, there?

I saw a few different areas for rats. Not that big of a change, though. Not really noticeable, but I was looking for it.

In regards to the map, it doesn't seem any larger to me. But I am playing on a tv screen, not a computer monitor, and my resolution is pretty high. Not sure if that would make any difference.

I think the most important part is that I didn't experience any crashes or freezes.

I'm not the developer, but this is just a demo for beta testing. The man in black, Sir Brash, is supposed to walk away and leave the area. The demo doesn't go as far as meeting up with him again.

Since the new patch where the autosave is fixed, I haven't had any new crashes whatsoever!

I know you've patched this version, haven't had a chance yet to play it, but I finally  got a screenshot of that first error message if it helps with anything knowledge-wise. 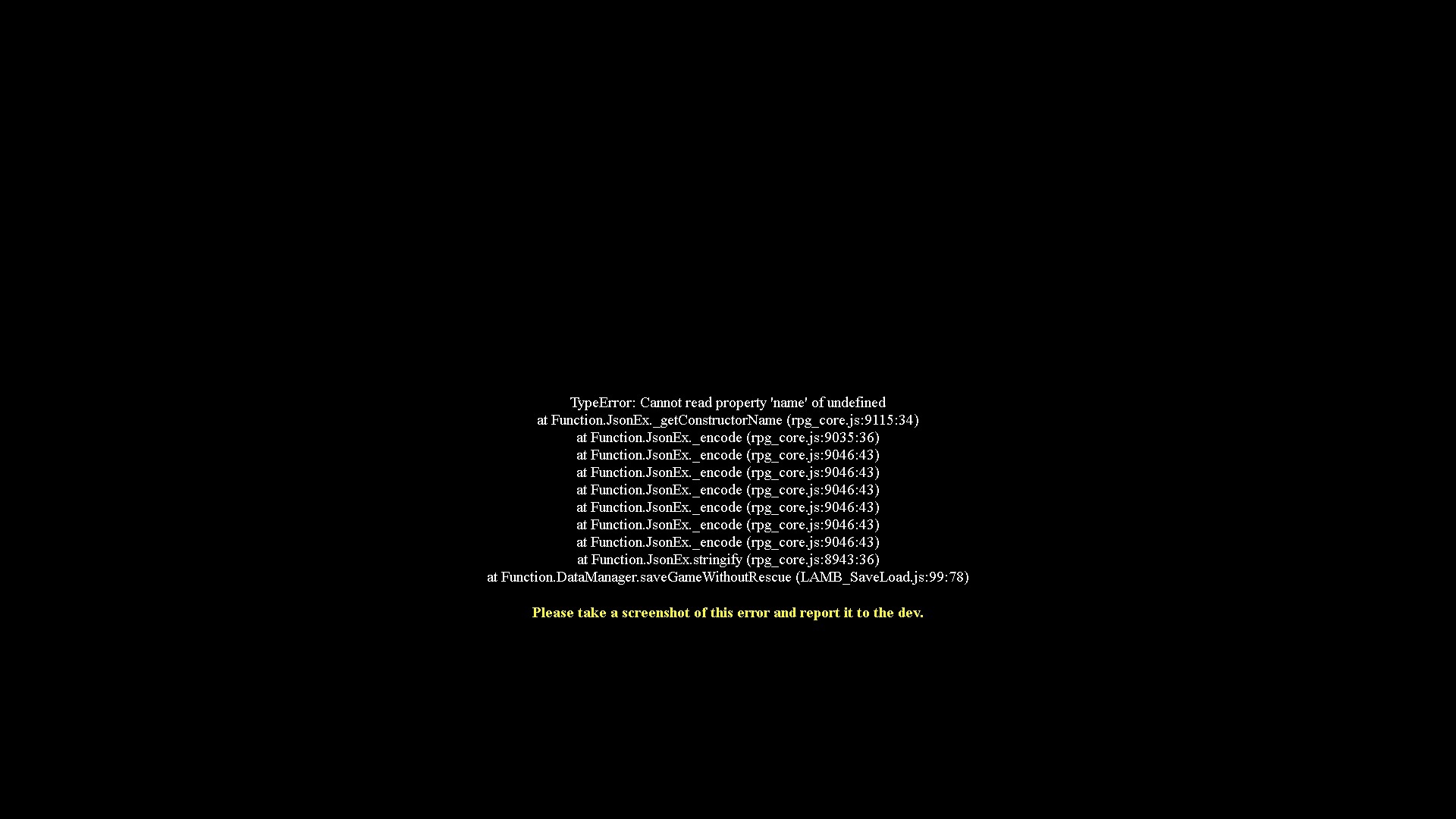 I tried saving manually, and then loading from my manual save. Still crashing when I try to enter Ari's house.

Returning to Ari's house, it crashed again when I tried to enter the house. Same error message, but I still can't catch that first error before it flashes away.

I noticed that I had to play through meeting Sinallion a few times, because I was loading from the autosave. This time I went through the spiel with Sinallion, then saved my game. Instead of going directly upstairs, I exited the Inn, then went back inside. I was  able to go upstairs without any issues this time. Maybe there's a correlation between the autosave and entering a new cell for the first time?

It says something about cannot read property name of undefined, then it switches to the error that I posted.

Crashing with the same error message when I try to go to the second level of the Inn to speak to Sinallion.

Ugh. Now I can get into Bekka's Inn with no crash.

It crashed again when entering Bekka's Inn. This time I didn't look at the map, to see if that was a trigger. It doesn't seem to affect the crash at all. But this one is game-breaking, because I can't go talk to the bard.

There's an error message that happens before the one in the picture, but it flashes up so quickly that I can't catch it.

I just got that same error message and crash when walking into Bekka's Inn. I was looking at the map beforehand.

Regarding the map, nevermind! I realized that when out in the city, it looks the same. It's just if I look at it indoors that it seems smaller.

I had a crash where I opened the map in Ari's house, then tried to walk out. I had to alt ctrl del out and end task to get out of the game. I took a picture of the error message. Once I got back into the game, I could not replicate the crash, so I'm not sure if it was opening the map in Ari's house that caused it.

The map seems smaller than before, which makes it a little more difficult to read. Maybe it's my computer's resolution, but I haven't changed anything from the last patch to this patch.

I'm able to use all of the arrow keys, WASD keys, and mouse clicks for movement around the area with no issues. Just thought I'd mention that since it was in the patch notes.

It's an item in your inventory, Ari gives it to you after you reach her house. You just right click on it to view it.

Okay, I played this version through, here are my thoughts.

I really like the map and how it is divided into sections, that's really useful. It was also interesting to get a glimpse of the rest of the city, even if some of those parts are inaccessible at this time.

The character page is really nice in format. I like that there is background character information that pertains to their relationship with Bright. Being better able to see their skills and alignment is also a nice bit of information. I also like the giant portrait of the character to the left.

On the voice acting, correct me if I'm wrong, here. I think this is the first time that I have heard the voices of Raze and Brash in this game? I was surprised at how deep Raze's voice is, for being a young demon. And Brash sounds like good ol' Brash. I was just replaying Demonheart, so I am used to hearing his voice, and can't recall if his voice acting is new. Also, maybe it is just my imagination, but I thought his character portrait blinked at me, right before clicking to the next bit of dialogue.

Was the lady there before in the cottage with the rats in the basement? I don't remember speaking to her before.

Trying to think if I've missed anything...  Oh, I really like the autosave function, that's really helpful.

I didn't have a single crash or freeze.

I've played it, and I haven't ran into any issues. Looks good! 👍🏻

I haven't ran into anymore bugs. The game seems pretty clean. Will it be on time for Steam?

I am so excited to play this game!

Is this not a bug?

Oh, yes. It had said November, but I see it's been pushed back.

Is the release still set for November?

The save on my second game didn't have any loot in the containers after upgrading. Started a third new game, and now the containers have loot. So I think you fixed it!

Sorry, the pictures uploaded sideways, for some reason. But you can see that I have one left.

When I use the alchemy table, and I use all my ingredients to make healing powder or poison powder, there is one left of each ingredient in my inventory. They don't get converted to powder. 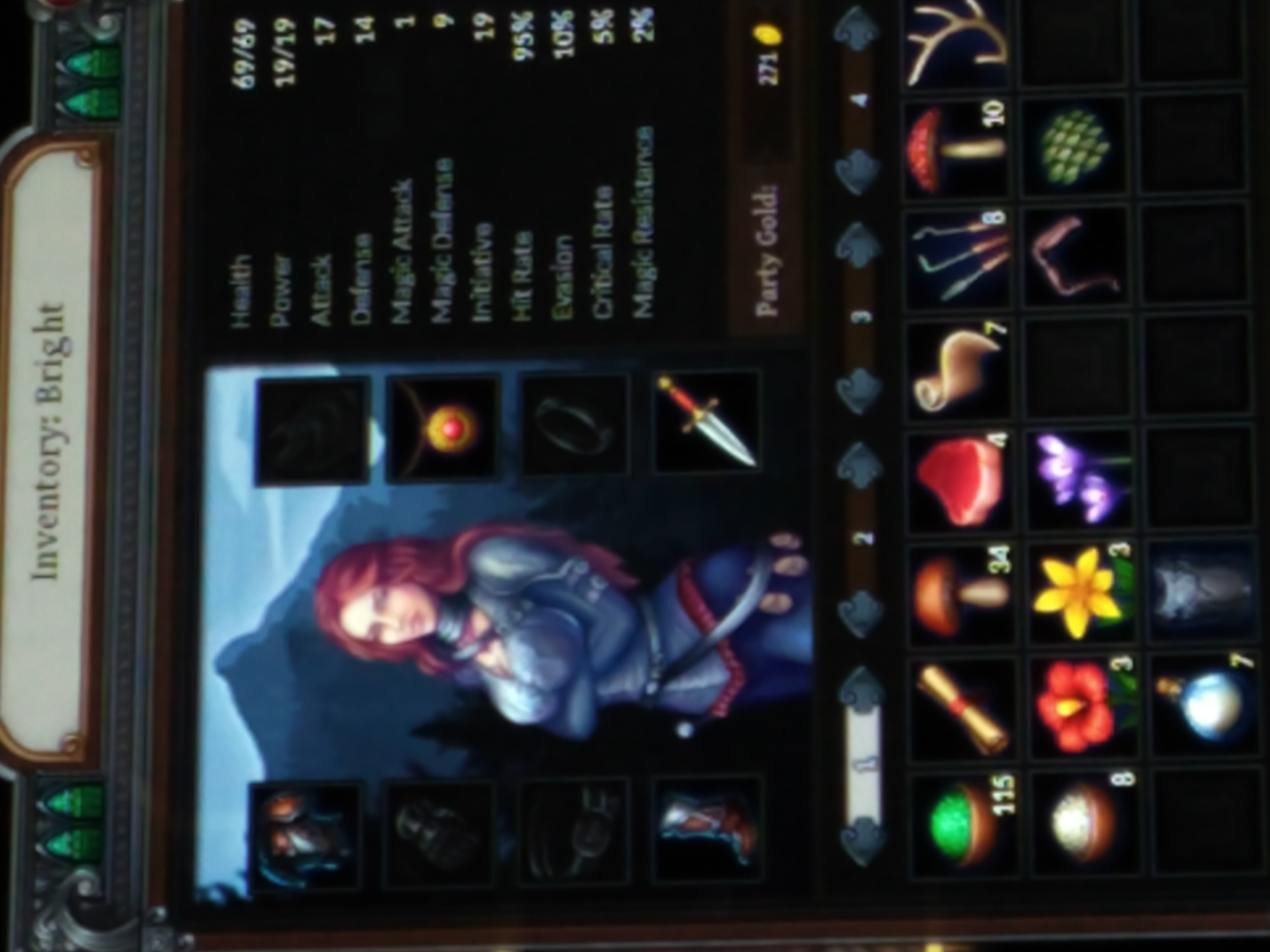 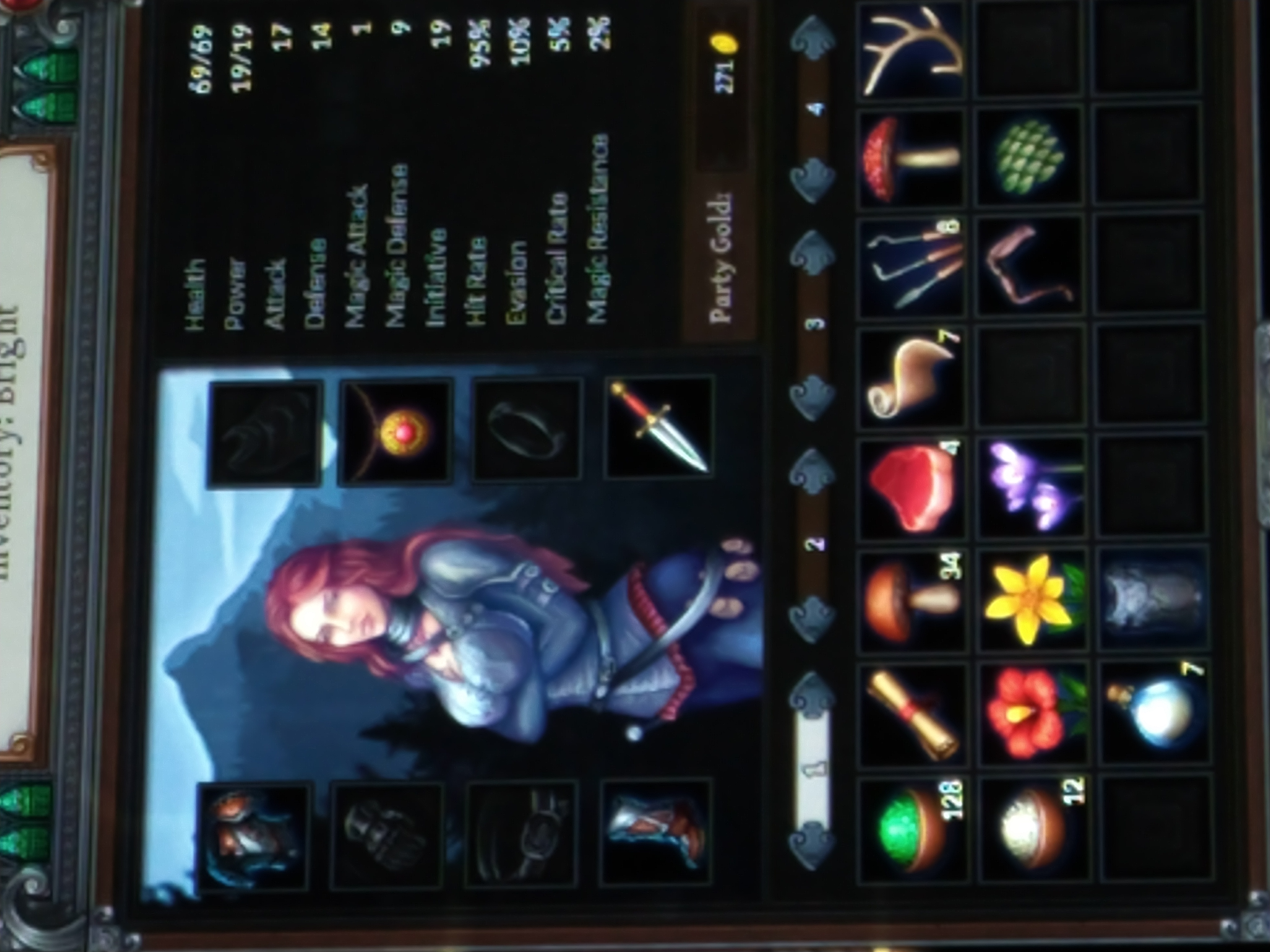 after upgrading, I'm able to kill all the rats and all the deer without any issues. There's only one deer that seems to respawn when I leave Ravage, though. No rats have respawned.  Edit: I take it back. After getting 4 deer meats, there are no deer spawning.

Edit again: I had one deer respawn. Maybe it's random, the respawn rate?

I've upgraded to the latest version. Dragging a healing salve from the inventory to the character portrait now works. 🙂

Thank you, I'll try it when I get home.

I'm also getting the non-spawning loot in a new playthrough.

Ah, nevermind! I see now that I have to click on Ari's portrait while I'm in the inventory screen in order to get her to use the salve.

Ari's health went down quite a bit while getting through the forest to Ravage. I noticed that after arriving in Ravage, after staying in Ari's house for a while, her health never came back up on its own. I should be able to heal her by dragging a health salve from the inventory to her portrait, correct? But if I do that, the inventory window disappears, along with the salve, and I can't heal Ari. I also can't seem to toggle to Ari in the inventory screen, so I have no way to get her to use the salve.

When the actual game comes out, will we be able to import our beta saves to the full game? Or will we need to start from square one?

Will you be releasing anymore content in the beta version? I'm at the part where I need to go and rescue Aristo.

After reloading, went back to Pablo with the meat, I had 3 pieces. He doesn't say anything  about it, and his request for meat isn't in my journal. Do I just sell it to him, or is the quest not triggering properly?

Left the area, went back to Ravage, saved and came back. Attacked and killed deer, as soon as the deer was killed, I got the same error message.