Any chance of seeing the packs expanded with walk/attack/death frames? EDIT: I see that you answered this question--but I did not initially see it.

Reply
itch.io Community » General » General Discussion · Posted in What Would You Want in a Game Engine?
luckygreentiger48 days ago

For me, I want something like game maker studio, but with 3d and 2d game support, no drag and drop but code but with a lot of premade functions for common game problems and genres, automated memory management, being able to use zips as resource packs (mount, read, write etc), but no unnecessary components like sprite editors or draw programs (there are better 3rd party apps, I'd rather have the ide focus on easier coding for beginners). Lots of tutorials and templates. Keeping the core of something like GMS, sprites, objects, textures/backgrounds/graphics, sounds/music, rooms with layers, model and animation support (fbx, obj). It has to look nice and be performant. It doesn't have to be an unreal or unity killer. Maybe use a suite of preexisting apps--tiled for various components but optimized to work together

Not sure the best forum for this, but is there a set of fantasy and sci Fi sprites that are characters, 3/4 view, that have front views AND a back view? Most sprites only have front views. Reason is on an isometric field the sprites can face all directions without any additional indicators.

Any chance of making the soure available?

The Spiffing Brit covered this game and it looks like an absolute blast!

I like the engine, the enemies get easily hung up on some geometry though. I also like the minimalist art style.

Says I lack the permission to extract the executable--but I'm in the administrators group.

If you're still interested in working together, apparently Discord is the way it's done here, my ID is luckygreentiger#6310

have people be able to send users messages via email. You could have an opt in option where people can email you via a web form. It would tell you the person that emailed you, and the message. If the user doesn't want that, they don't enable the feature.

Fantastic low-res version of a DOOM clone. The music was good but quickly got repetitive. Very nice job though, impressive that PICO-8 can do that!

Very fun, the enemies hit pretty hard but other than that it was a great experience and nice miminalistic look. I liked the mix of 3D world and sprite enemies.

That's a good question as I'm new to itch.io as well.

You can email me at my username here at gmail.com.

Please post in the subject your username so I don't think it's spam!

Fun game, I did struggle getting used to the controls though. I see what you were going for, I just kept wanting it to have more classic FPS style controls.

I struggle with Unity but I'm looking for a Unity programmer to help me with an FPS project or least get the basics started (help as in create it for me, I haven't been able to do it myself).

MegaDrive/Genesis tags could be merged, as they were the same system, just called Genesis in North America and Megadrive elsewhere

Lesbian/Yuri tags could be merged--they are not identical, but very close in meaning

Strategy RPG/Tactical RPG--you could make a case for these remaining separate but most people I've met use them pretty much interchangeably.

Opensource/Sourcecode--these might be able to be merged, since having source code is often conflated with open source but may be tricky as licensing terms might be confusing

So far I really like the game at its current status and look forward to more development. I'm only about 10 minutes or so into the current build but I would already ask the following:

* also would like to have it not tell me where to build a building during the tutorial, but would rather have a suggested area. I've restarted the game a couple of times because I would place a building where it suggested I place it, but then it would act like I didn't place a building somewhere. though this seems to happen mostly when I rearrange the roads so that the traffic flow is more to my liking. I have taken a screenshot if you'd like to see what I mean 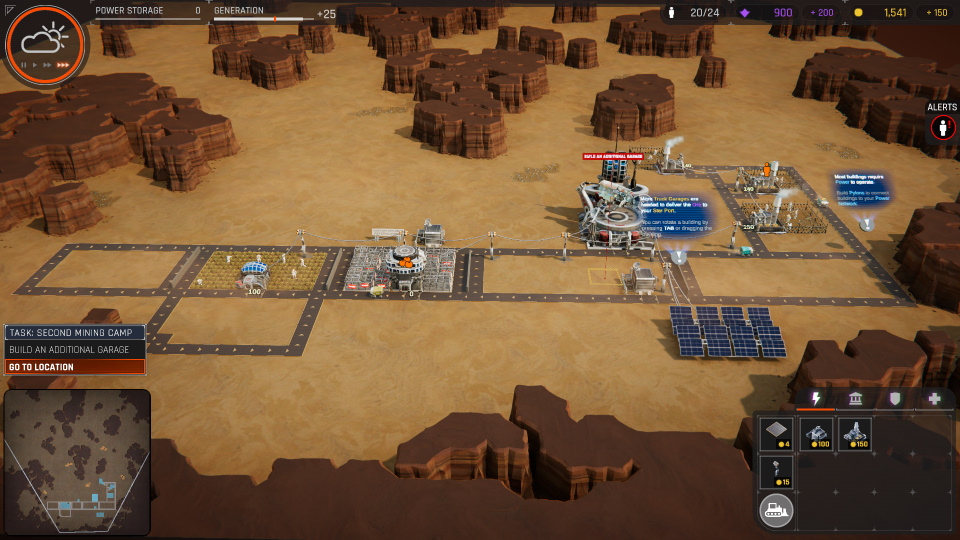 * also please add windmills for power generation, the windmills would be able to generate power when the sandstorms come

* I just wanted to add the UI is top notch. clean and straight forward