Interesting story you have here! I did stumble across a bit of a problem. When it's time to run/escape, if you go back to the room with the hole in the floor, the 'cutscene' plays again in it's entirety. And then after that the credits started rolling. I never did end up escaping, lol.

Thanks so much for checking out the game and leaving me feedback!

I'm well aware that the inventory is whole problem. The code that I've been using for it is actually outdated, so I'll have to check out a different way to do it. It might end up being an actual inventory instead of an on-screen one. Or I might just take it out completely. It doesn't add much to the story.

For now, the best way to not encounter that is to close the game out and start from the beginning (skipping through stuff) and not going back for different choices in the same playthrough. Or loading a save.

What is Black Diary?

The idea for the original Black Diary that I made for SuNoFes17 actually came from a story I was writing  10+ years ago of the same name. The idea came to me when I was playing the MMORPG Flyff, and everyone just disappeared. It really freaked me out. (I probably was having server issues, but didn't know at the time.)

That inspired me to write Black Diary, a story about a girl named Shihan (the original name) who explores a ghost town, gaining a few male allies on the way.

Never did finish that story.

But I have finished this one. This chapter, at least.

What makes this one different from the game jam entry from 2017?

A lot. The story, while following some of the same beats as the original, is now much more coherent and believable. Shannon (the name of the 2017 version of the MC) did not act like a believable character. She was very nonchalant and accepting of her situation. She never tried to escape. She was very naïve.

Natalia Soto (the new version of the MC) is basically her opposite. I won't get into too much detail. If you want, play both versions and you will see.

Character art has changed drastically as well. I had just gotten back into art around that time and it was very lacking. I had stopped due to being in the military from 2011-2018. I was stressed and didn't have much time to study the basics again.

The character herself, while having a different name and appearance throughout the years, still remained a young Latina woman. 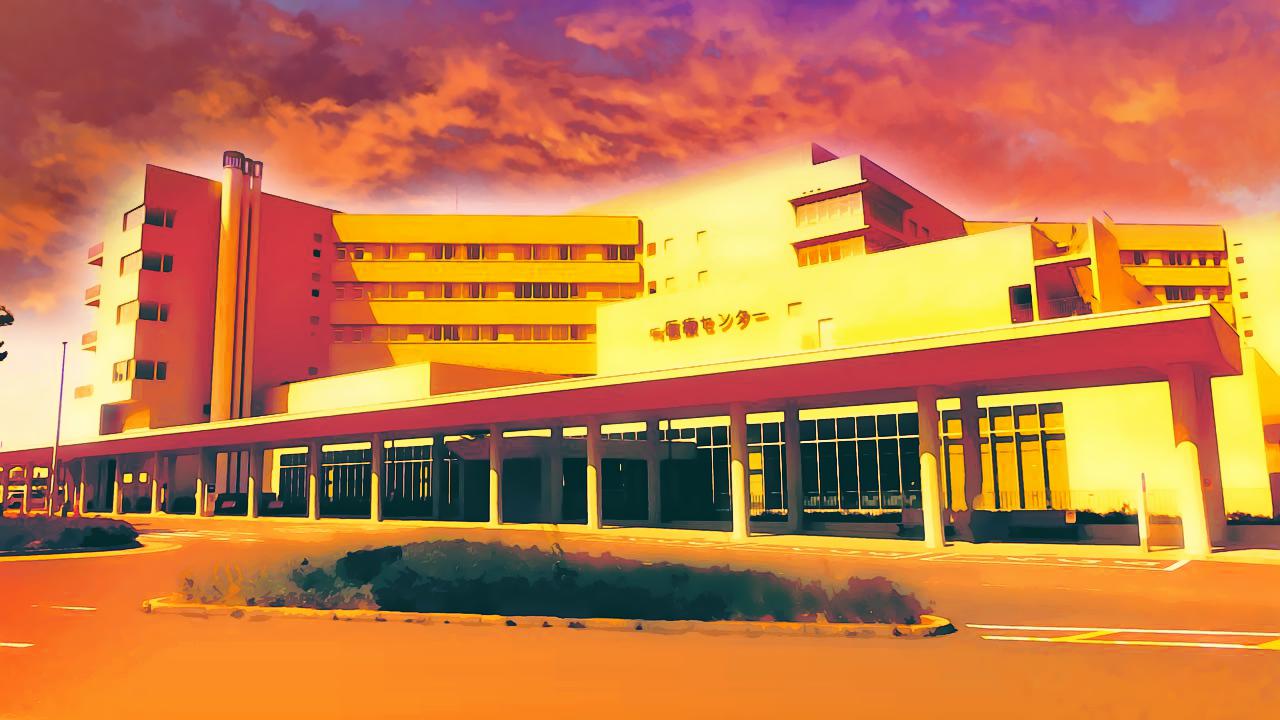 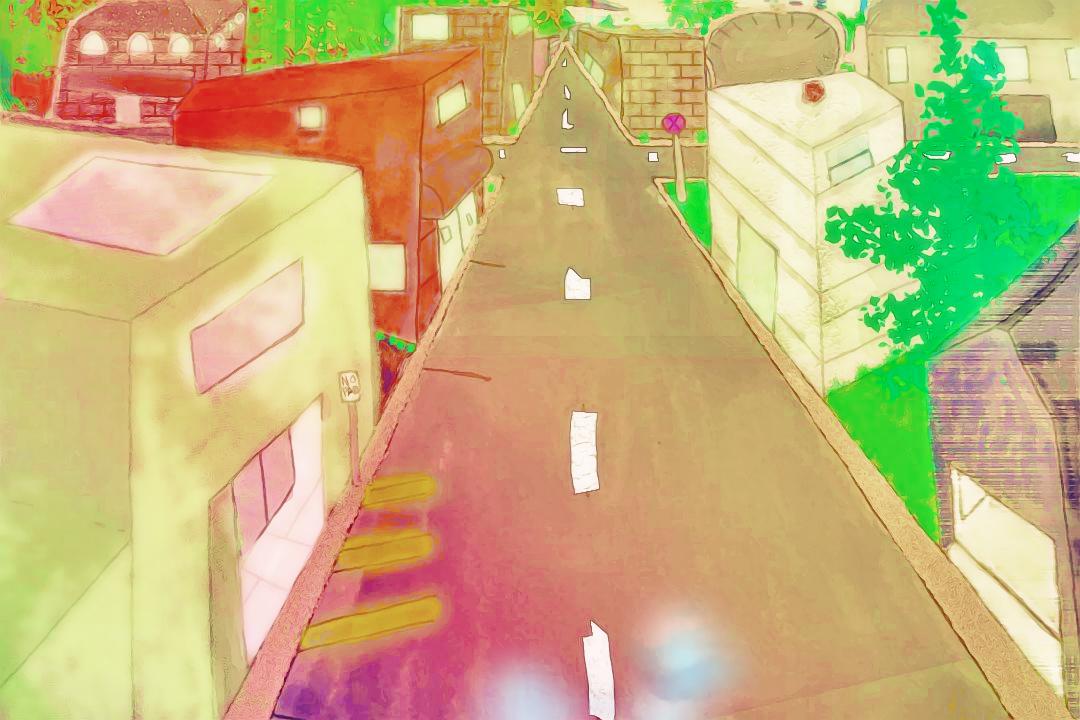 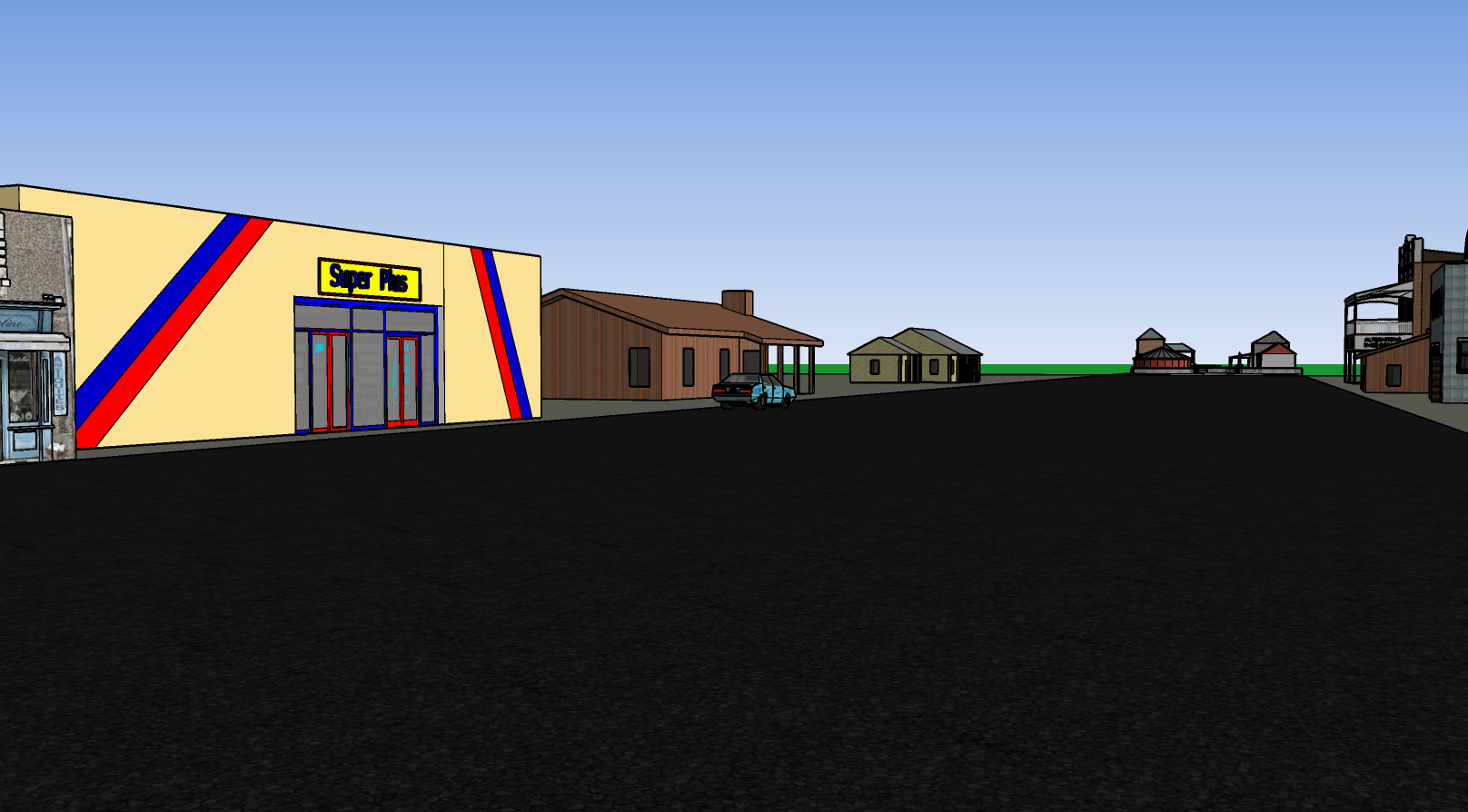 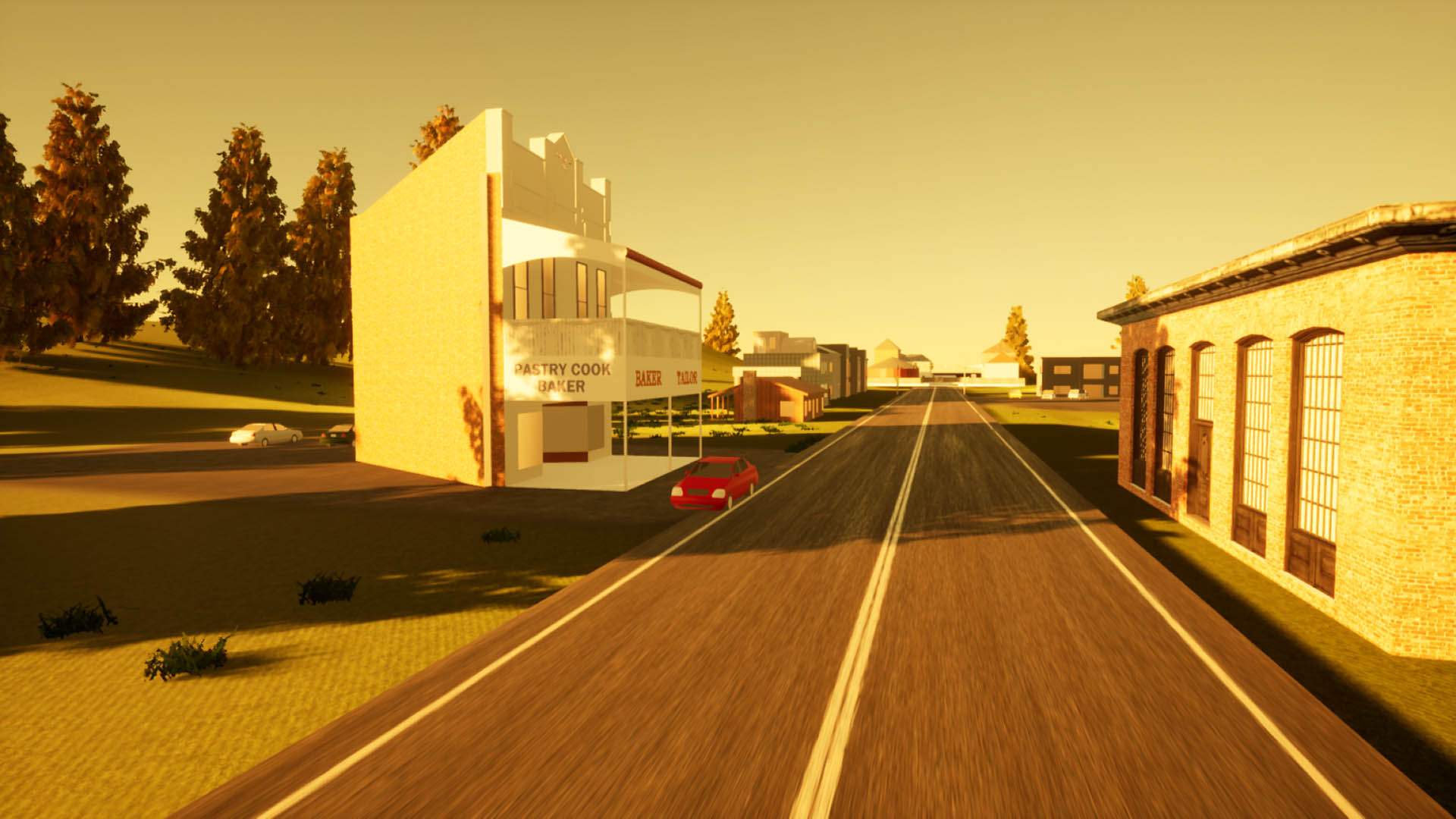 Background changes are pretty self explanatory. 2017 I was both drawing and using filtered images. 2018 I was using SketchUp with no rendering, and then finally I used most of those models, as well as assets from Epic Games and combined everything in Unreal Engine 4. What did you learn?

I feel like I learned a lot on this journey. While it ranged from 2018 (when I first wanted a remake) till 2021, I didn't hit the ground running on this one until 2021. You could really say that I started in June and finished in October. 2018 and 2019 were not very productive years. 2020 was productive, but I still ended up scrapping art and story from then.

I learned more about myself and how I work. I work pretty good for a few hours at night, as long as I have the motivation and music to put me in the zone.

I have always been pretty good at writing from random prompts that I give myself. And that was basically what my Roadmap was. Prompts and story beats to follow, but nothing in detail. So this whole story is kind of spontaneous in the sense that I didn't give myself a full outline or brainstorm.

Stuff like Day 1, she goes to the hospital. stuff happens. Is what I wrote for myself.

Rewriting this story, especially at the end (you'll know why if you play) was actually really fun for me.

But I have yet to actually plan for Chapter Two. I have a vague idea of what I would like to happen. The game engine is going to change once again as well. (Originally went from TyranoBuilder to Ren'py.) I like the idea of making Chapter Two more of an RPG, so Unity, Unreal or RPG Maker, but leaning more towards Unity since I have more experience making games in it. Although, I like the idea of my first Unreal Engine game being this. I have experience with UE4 because of my Level design class I took last year, and I've been putting that knowledge to use for Black Diary's backgrounds, but I have never made an actual game. I like 2D/3D hybrids (2D character, 3D environment), or 2.5D so that's what I'd like to work on in the future.

I'd also like to have a small team for this one. I'd definitely need a programmer, as that is not one of my strong suits and it'll probably take me another 3 years to make a one hour game, haha.

With this all said, I'm really proud of myself. I worked really hard to finally finish this part. Completing projects is not one of my strong suits. Completing anything, honestly. So I'm glad I pushed myself to work on this almost everyday, even if it was for a little bit.

That's it for me!

I hope you enjoy my story!

It's got a lot of potential! Love your art as always.

October is what I'm aiming for.

This was precious. You guys did really well for 3 days! Hope you all expand upon it in the future.

I am not a Nintendo person and I kept getting so many Nintendo questions, lol! I got a decent amount right, though.

I actually really loved this! Can't wait to see what else you do with it in later updates.

I liked the human animations.

As I mentioned in the update devlog, you'll notice that the events are still super monotonous, so you'll be doing a lot skipping through text that you've already read (the Tab button is about to be your BEST friend.)

In a later update that issue will be fixed and I'll have written new events for every other in-game day, if not everyday.

I made the old version unavailable, so you might have to redownload. The updates after this will update properly.

Yes, actually. The remaster is coming out on the 31st!

Devlog updates can be found on that page.

Lol no problem. Thanks for being hyped about the game! I'll start back working on it soon (this month my focus was on Karaoke Neighbor.)

It's getting a complete visual makeover because all of the art that I created was pretty trash. All of the backgrounds will be cohesive and 3D, and I'll be adding in character animation as well as new UI.

Needs better writing, so I started replanning and writing it out like a novel.

And sound design needs to be tackled as well. I did originally like the whole silent thing with SFX as jumpscares, but I decided that there needs to at least be ambient BGM and nature sounds going on or something.

And...yeah! That's why it's getting a remake! lol

If you haven't checked already, here are some of my devlogs.

Hey, thanks for still being interested in my project!

The past few months I've released devlogs here on my continued progress. The whole game is getting remade, basically.

I'm aiming for an October release!

Thanks so much! I actually started working a bit on sprites the other day. Hopefully I'll start updating again this month. I was focusing on one of my other games for the past few months.

First, congrats to those who were able to finish their vn!!

That was not me. I entered this already knowing I wouldn't finish, but this is the most I've worked consecutively on this project since it was originally created, and that gives me a sense of pride.

Black Diary is a mystery/horror vn centered around a town that's resident's disappeared, and a girl who gets dropped into it all. The town's secrets can only be found in a stranger's black diary.

Devlogs created during this time

Originally created in 2017 with TyranoBuilder, I decided the year after that I wanted to recreate it in Ren'py.  I did some character redesign, a bit of story work, collected some 3D backgrounds, and that was about it.

This game jam helped me to be more motivated and experiment with my new skill sets that I've acquired from being a game arts student.  (level design, 3D modelling, Unreal Engine)

I hope to keep this dedication and motivation in 2021 and get this thing back out to the world in the most presentable state it can be in. 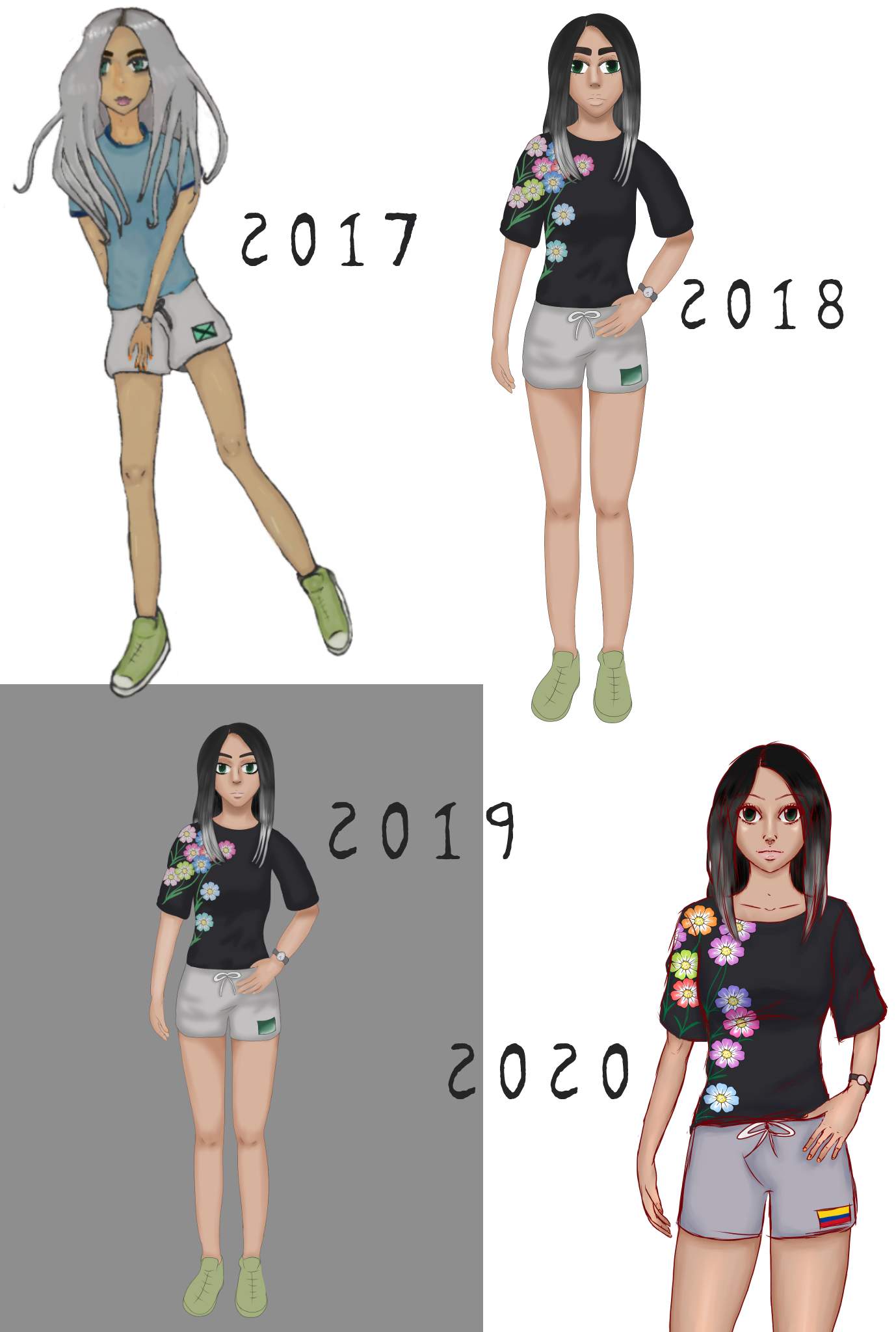 Thanks for taking a look at my project!

I'm giving my older one's more attention right now, especially Black  Diary, but I'll  at least start to update the character sprites in the near future.

Hey, thanks so much for playing my lil test game! I only made 2 other projects in Tyrano after that years ago and haven't touched it since. I have seen that the Japanese version has been getting updates and whatnot, and that they'll be updating the English version (if they haven't done so already.)

Played for a few minutes on Android. Seems smooth. No bugs to report.

Thanks for creating this for the cause. It's really appreciated.

Made it to about wave 11 before they got me.

Overall a good concept. I personally think it would have gone well with a MIDI soundtrack or something.

And I also agree with the pink patch + pink pathogen = hard to see.

What was meant to be comical still ended up making me kinda depressed. Not gonna lie, lol.

I did find it a little difficult  at times when I clicked on some of the areas to clean up the messes, they would be unresonsive and you'd have to click around multiple times until the mop or spray worked.

That was so quirky and clever!

That last part really hit me, though. 'Greetings from a very empty Milan.' I hope you all stay safe as well!

Thanks so much! I really appreciate it.

I used Ren'py, which almost can make anything if you know python. (I do not, so I mostly stick with easy tutorials and do simple stuff like this.) I also used Twine to help me figure out how I wanted all my branching to go (hence a lot of branching.)

I've got a lot of projects to finish, but this one will definitely get done one day.

This was super clever! Great job.

I managed to live for 195 secs by staying in one place and spamming the buttons!

Anyway, its got a lot of appeal. Good job!

Thanks so much! Interactive fiction is really cool.

And I'm glad you liked my music!

Thank you. I had this grand plan of having so many branches, interaction with all of the characters and zombies, but I also had 1 day (I joined late.) So this was what I could do in that time.

Hey there. Mine is a 'choose your own adventure' style visual novel if you wanna check it out.

I added your to my gamejams collection and I'll get to it before the ratings end.

There's cats and I'm biased, so you get my vote.

Made it to day 3 after I figured out what was going on.

This was very cute! You guys did a good job.

Really curious about this one.

You can kind of argue that the light and shadow theme was followed metaphorically instead of literally.

I liked the different art styles as well.

This was super clever! Loved it.

I have 0 sense of direction so I couldn't play for too long, but very cool concept!