Oh yeah, it happens or has happened to mostly everyone I know, but so can be said of any creative process. We just have to keep at it! ^^

Oh! Thank you so much B.!! It gives me hope after all these years of procrastination! :D

Hi Nilson! THANKS a lot! Super glad you liked it! ^^

Heroic Tale VALUE! is an expansion for Heroic Tale, a party-based dungeon crawler released in 2018 (and also my very first project). As such, it follows pretty much the same formula as the original game but includes new characters and monsters, new weapons and spells and a new dungeon to… crawl through!

You have done such a great job with this game! ^^

First of all, it's really nice to play a RPG rather than a VN with this type of content (nothing against VN, though!). Not only the artwork quality and general style of the game is amazingly charming, the whole project is also full of personality! Keep it up!

PS. I won't comment too much about the battle system yet, as it might get tweaked, but I do feel the battles dragged a bit given the options given, but that could be me not distributing the points effectively, lol Anyway, looking forward to the full release!

Wow, thank you so, so, so much for taking your time to leave your feedback! This project is very dear to me and I'm hoping to revisit the idea in the future!

Thank you again for your support! Truly, it means a lot!

And here I thought it was "too extra" at first! haha

GeaSaga is a somewhat traditional role-playing game with some japanese and western influences. It shares the same setting as Heroic Tale and Flesh, my previous projects, but it focuses a bit more on worldbuilding elements rather than dungeons and is intentionally much more lighthearted in nature. My major focus was to (hopefully) create an uncomplicated but entertaining adventure getting a bit of help from the player's imagination. 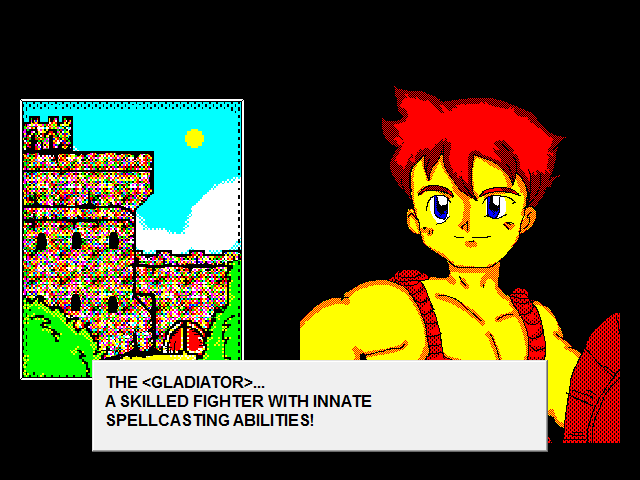 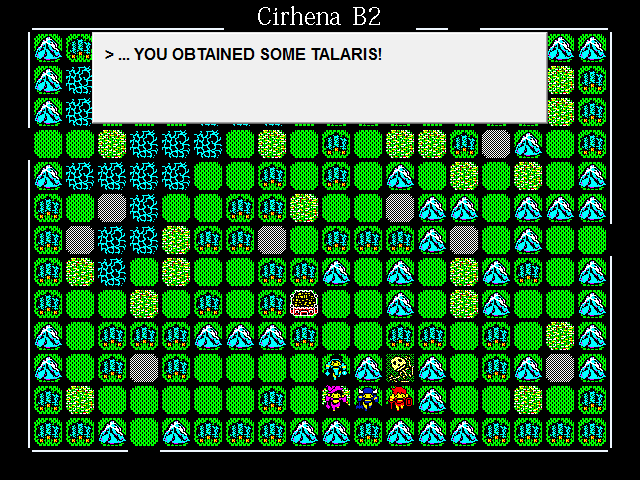 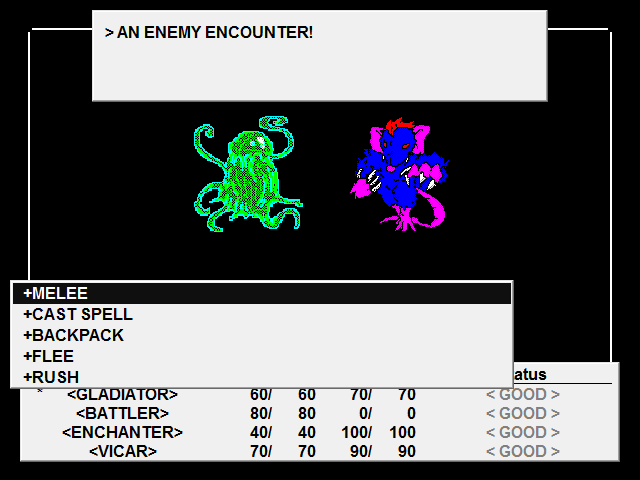 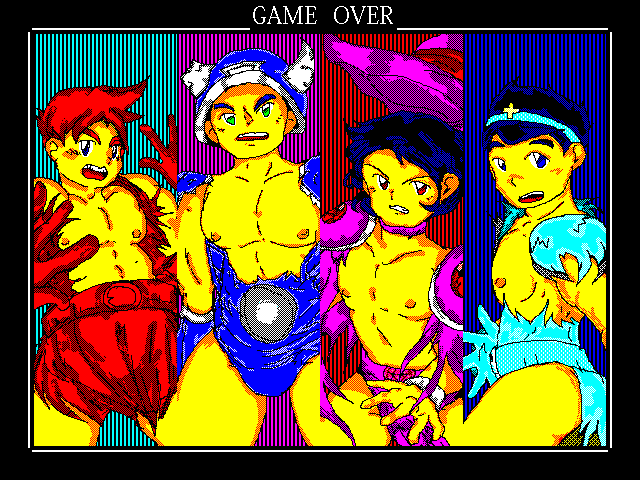 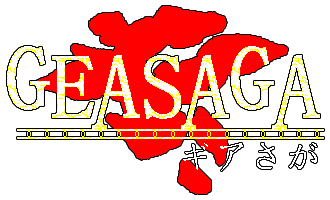 GeaSaga is a somewhat traditional role-playing game with some japanese and western influences. It shares the same setting as Heroic Tale and Flesh, my previous projects, but it focuses a bit more on worldbuilding elements rather than dungeons and is intentionally much more lighthearted in nature. My major focus is to (hopefully) create an uncomplicated but entertaining adventure getting a bit of help from the player's imagination.

Glad you made it that far! :) Equipping "jewelry" on the characters, like the "Might Wristband" that the lycanthropes drop, does help protect you against magic spells. Hope it helps! ^^

The fourth floor plays a bit different, as you will meet a NPC who will give you another item to open those boxes, although it isn't a key!

I believe you meant the "securely locked cell", on the third floor. You don't need a key, but rather a different item that can be found on that level, a "Barrel Bomb". It's located in a chest blocked by some roots, so you will need to to backtrack a bit after the Vicar joins the party, as you need him to take the plants away!

Thank you for your reply!

I can totally understand what the problem was regarding that battle then, lol. It seems pretty unintuitive, having to lose twice to get the "Submit" option, specially when there's nothing leading you up to think it the second time around something like that will pop up, but you explained already your plans regarding it. Now I know I don't totally suck and have a way to proceed through the rest of the demo! ^^ I was really getting into the story (or so I thought).

I guess the problem with the other event "might" be that you used two identical maps and setted the teleport to the wrong one? I'm just guessing! Anyway, that's easily fixed.

The music, I forgot to mention, it's pretty atmospheric and gives the game a really uneasy vibe! Once again, well done with the demo. I'm so looking forward to the full release on May and I honestly wish you the best of luck with it!!

Congratulations on this project! I've been checking out the demo and for the most part I really liked it. I found the story "a bit" dense and overcomplicated initially, but that's a matter of personal taste. The character designs are nicely done! Although some styles between artists clashed a bit, perhaps. Overall, there game is aiming to have a lot of personality and trying to do its own thing! Which is something I appreciate above anything else. I'm also happy that you got so many downloads. This is one of those projects that, I believe, shows once more than there's an audience for this type of games out there. JUST two quick issues;

1) Maybe you found out about this one already but still I feel like reporting it, just in case. After the FIRST meeting with VIQUEL(?) - (can't remember the name exactly, but he's the somber, dark skinned guy with a beard) in the Praese's Residency, if you exit through the north door (with a guard on the right side) you will be taken to the courtyard/garden and unable to go back to the fort. There's three doors plus a fence and none of them take you anywhere.

2) Is there any VERY SPECIFIC way to beat the first Creature? I mean, IT's so cheap that at first I thought it was one of those scripted battles you're suppose to lose. I'm either doing something really wrong or the encounter has some SERIOUS balancing issues considering the available options. If it manages to paralize you and your health is below 75% you are most certain to meet death, lol. I've tried like 20 times already and counting to no avail! And I'm learning nothing from the encounter, as it doesn't behave on a specific manner that I notice and paralisys ratio of effect/success is very RANDOM!

Still, I'm really enjoying what I played (until that point). Good luck with the project!! ^^

Flesh is my entry for the 2018’s “A Game By Its Cover” held on itch.io. The idea behind this game jam was to pick up a fictional cover made for the “My Famicase Exhibition” hosted by Super Meteor in Japan and turn it into a game/project/anything playable (or not). I got really inspired by the “Flesh” cover and description. So much I decided to contact the original creator, Kleinman XOXO, who wasn’t only extremely nice and answered all my mails, he also wished me luck with the project.

Besides some bug-fixing, I think this is the "definite" version for now. Thank you once again to all of you involved, directly, or not. It has been really a nice trip! 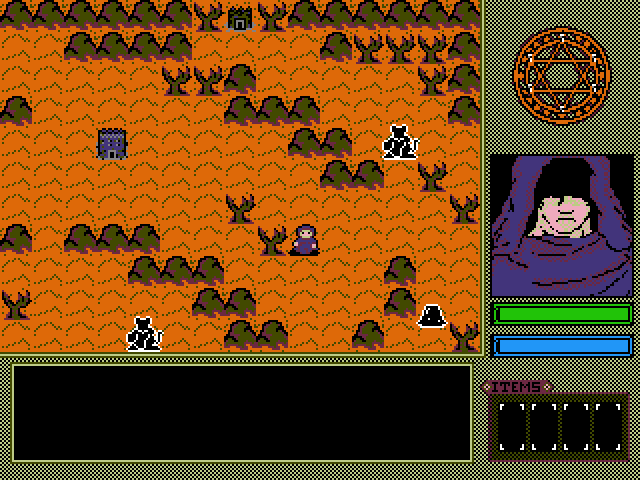 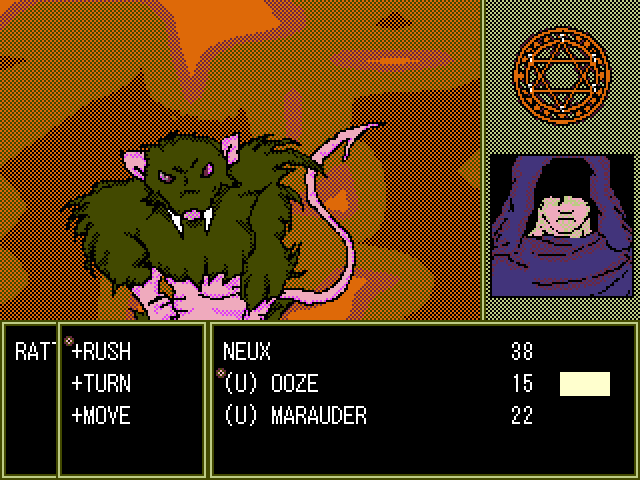 Thank you so much for the comment! That was SO encouraging!! I'm a big fan of the games of that era, specially on the visual side, so it's always fun trying to convey that, moreso when others enjoy it as well.

About the current version, to be totally honest, I wasn't really feeling to release it the way it is. My original intention was to "publish" the game fully, as it not such a long game duration wise and the project was going smoothly with schedule. However,  giving the gameplay time limitations of the game jam, I was already cutting out a lot from the game, to a point it just didn't feel right. I wanted to respect the original idea for the jam though so, at the last minute I rushed the "demo", probably not setting its boundaries the best way I should.

If I don't mess up anything too much, it'll be possible to continue playing after that without missing anything after I complete it, so hopefully it won't feel like a total loss.

Thank you again for taking your time and sending your feedback!! I really, really appreciate it!!!

Ahaha, thanks a lot! That was really touching!! For a game jam little project, I'm starting to feel the pressure rising!

That was some interesting insight! The system is partially turn based. Enemies won't attack when choosing actions or selecting items, but depending on their "movement" rate they might be able to perform their actions first or multiple times, that's why it seems you get so many extra hits from them. Everytime you get a new relic (like the mirror), your health and energy goes up a bit but so does your character movement, even if this is not apparent, so it becomes much less of a problem later on, when enemies are harder but slower. I believe the enemies you mention are probably the fastest in the game, so I might tweak that a bit if it feels unfair. I tried to simplify the battle system as much as I could for the purposes of the game jam, but hopefully it will work at the end.

I'm really thankful your opinion! Getting the balance right is always an issue of mine!

Hey Benal! You reached basically the end of the demo. I will soon upload the whole game once it's complete. Thank you so much for playing!!

Thanks a lot for giving all these games/projects a try and making the videos!! It really means a lot to me! ^^

Wow! Thank you so so much. It was really nice to read your comment! Hopefully it will live up to that standard when it's completed!

Thank you so much, leafo!!

Thank you so much Ocean's Dream for this fantastic set! You can clearly see how much effort you put into it and for the given price it's loaded of stuff. Looking forward to get to use the pack soon!

I will definitely take a look at Yarrow Valley as soon as I get the chance. Thanks for the reply and sorry about the confusion! ^^

Congratulations with the Game DarkChibiShadow! Arcade Party's art style is pretty unique and really stood out, so I decided playing it and wasn't dissapointed. Your story was certainly original and I liked the pace and overall feeling. Not the biggest fan of visual novels but I have to say I really enjoy it!

PS. Just a smaaall not-very-serious funny issue... the sound effect for the character's voices was a bit irritating. "Just turn it off, d'uh!" you might be thinking. The truth is that I like these little sound effects on text intensive games, my "complain" goes towards the one chosen the game. Obviously just a random opinion, :D

Hey Dyne! So far, you're doing a fantastic job with this project. Your writing really got me hooked into the story and the art of CursedMask was amazing! CaptainGerBear is one of my favorite indie game devs and artist so I was greatly surprised when I noticed he was working now in your game. I wish you all the best with this!!

Hey all! I just released my very first game on itchio.

Heroic Tale is an "arguably not very long for the genre standards", party-based dungeon crawler inspired particulary by Wizardry, Etrian Odyssey and other classics such as Shining in the Darkness, although it uses an overhead rather than a first-person perspective.

It was made over the course of a month mostly for fun, and ended up becoming the first project I ever managed to finish. If you like to give it a try and share your feedback check the link below! 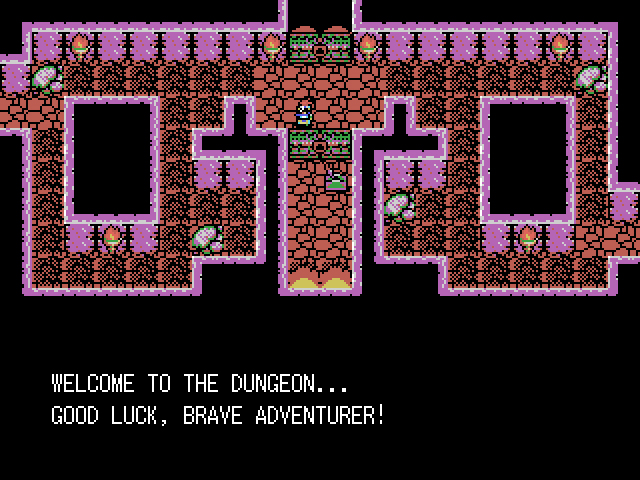 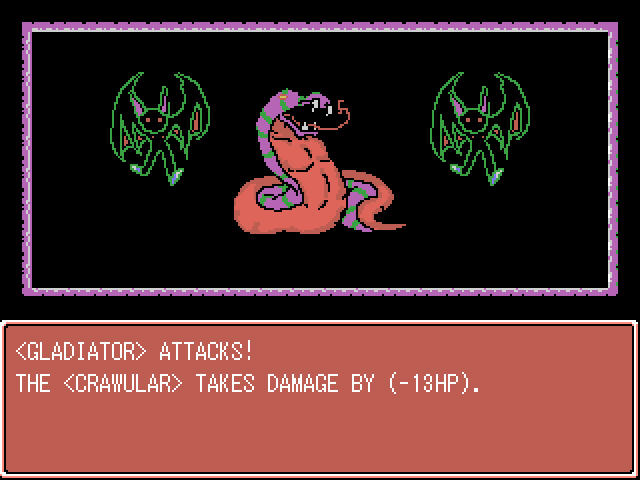 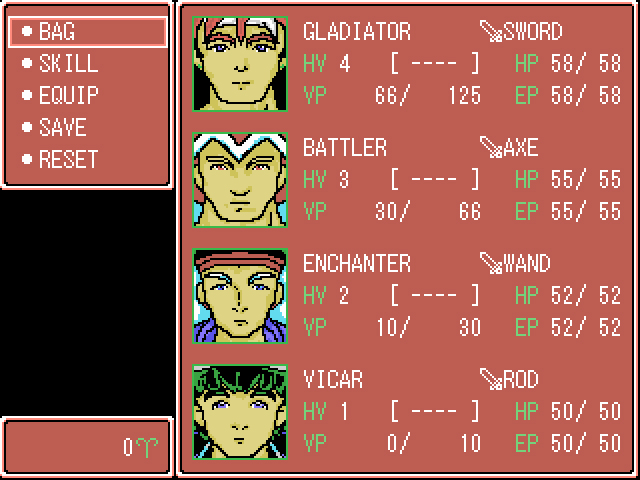