"A sinful nature."
Submitted by KA·IN WORKS (@kainworks) — 10 hours, 47 minutes before the deadline
Add to collection 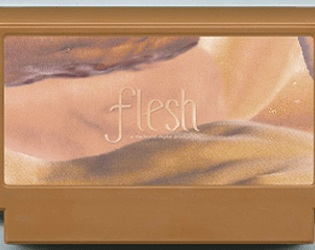 Ooh...you did an excellent job integrating the RM2K menus and battle system into a NES-like game. If it weren't for the Enterbrain logo and some RTP sounds (pure mid-2000s nostalgia for me!), I probably wouldn't even have noticed it.

The graphics seem really authentic to me. The colors, the dithering, the UI...I could definitely see this as an actual game from that era. The characters, enemies and story so far are also pretty old school.

I had to read the comments on the game page to see that the current version pretty much ends after finding the mirror,  which was a bit frustrating after searching the whole map. I think that should be stated in the game, especially if it's only a demo.

But other than that, this is a really impressive little RPG!

Thank you so much for the comment! That was SO encouraging!! I'm a big fan of the games of that era, specially on the visual side, so it's always fun trying to convey that, moreso when others enjoy it as well.

About the current version, to be totally honest, I wasn't really feeling to release it the way it is. My original intention was to "publish" the game fully, as it not such a long game duration wise and the project was going smoothly with schedule. However,  giving the gameplay time limitations of the game jam, I was already cutting out a lot from the game, to a point it just didn't feel right. I wanted to respect the original idea for the jam though so, at the last minute I rushed the "demo", probably not setting its boundaries the best way I should.

If I don't mess up anything too much, it'll be possible to continue playing after that without missing anything after I complete it, so hopefully it won't feel like a total loss.

Thank you again for taking your time and sending your feedback!! I really, really appreciate it!!!

Neat graphics, interesting game. I included it in my A Game By It’s Cover 2018 compilation video series, if you’d like to take a look. :)

Thanks a lot for giving all these games/projects a try and making the videos!! It really means a lot to me! ^^