Lucky Day
A couple, an old man, and a pastor walk into a casino...
Jersey
Interactive Fiction
Fungy
Gather an unlikely team to stop GovCorp and save your dying plant friends!
Jersey
Adventure
Swing
Swing Away From Dr. Sung's Evil Epic Final Move
Jersey
Action
Play in browser
Limbphomania
Jersey
Platformer
Best Day Ever
You have to wait 2 hours on the bus, do 8 hours of data entry, then ride the bus back home for 2 hours. Good luck!
Jersey
Adventure

Thanks a ton for the feedback!

Yoo, this art and lighting actually looks beautiful! Can't wait to try this out later!

Wow, thank you so much! We really really appreciate it!!!

If you would please be able to rate and comment it, that would mean a ton to us... Also, we are discussing continuing the project with a LOT of ideas, so look out for that ;)

ah, thank you so much. It means a ton to us. We are glad you enjoyed it

If you can leave a rating, it helps us immensely!

Hey! Funny premise. I think you should add music.

Also, I couldn't scroll down to see more when it got to the bottom of the screen!

After finishing Fungy, I am ready and excited to start a new project. Today, I am bringing you: Themis!

In the future, as technology became both more accessible, and more powerful, so did crime. As a result, police became a bit useless, unfortunately, and as things became worse, the public began to call for bounty hunters. A national organization of bounty hunters were formed. 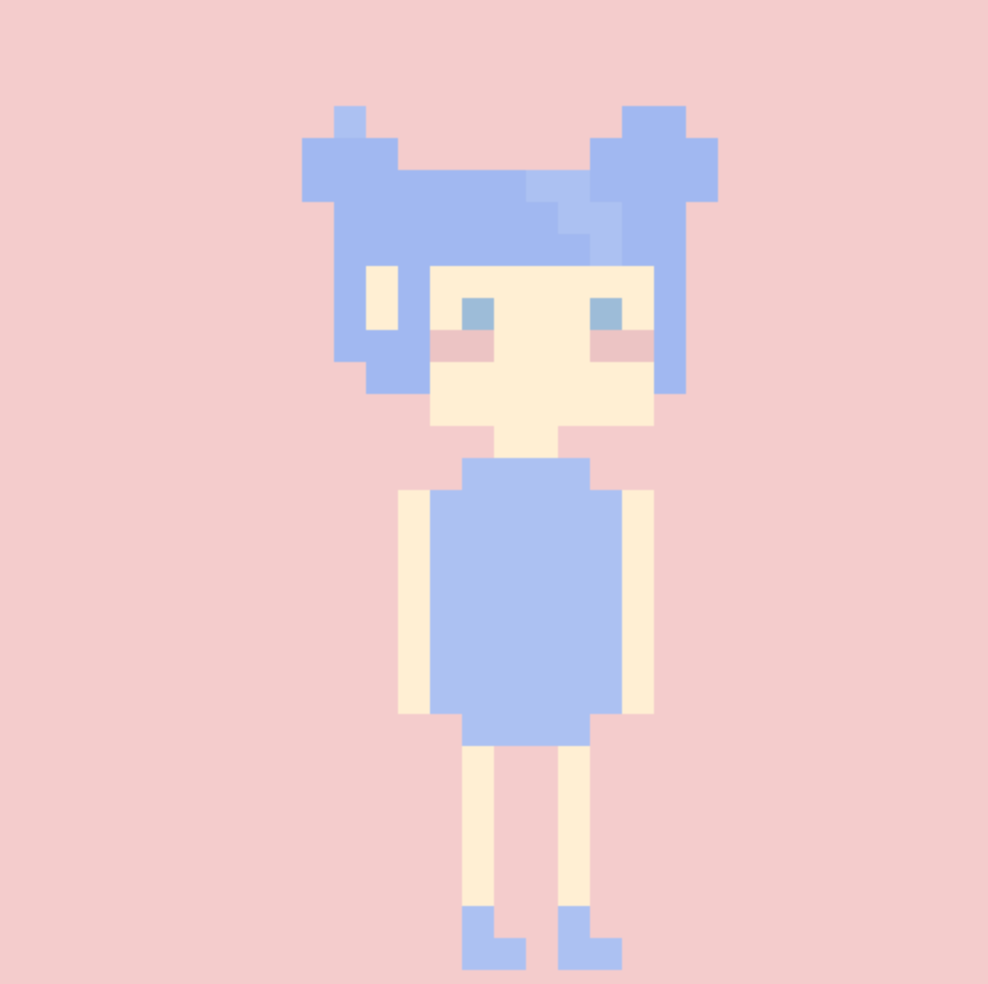 This is Lucy, our protagonist. She may look cute... She is! But she is also one of the top bounty hunters in the world. She is ruthless on her job, but she has one soft spot: her little  sister, Rex.

Lucy and Rex live alone since their parents unfortunately passed  in a police accident. Lucy spends her days doing fun stuff with Rex and spends her nights arresting, or even killing, criminals.

One day, though... A rival bounty hunter appears at Lucy's home. A hit has been called on Rex. With no idea why, Lucy has to face the organization and stop them from hurting her little sister.

Inspired by movies like Kill Bill, shows like Samurai Jack, and games like Katana Zero, this will be a story-heavy game with intense action, and cinematic visuals. As a top bounty hunter, Lucy will be extremely mobile, with the ability to stick to walls, zipline around a room, and even tune her reflexes to slow down time.

Adaptable, Lucy makes use of her environment to fight, but she typically relies on her telekenetic sword, which she uses is many ways. It can be a shield from incoming attacks, it can be a long ranged attack that she throws, or it can be used to jump onto and reach unique places.

I hope that you will follow me on this journey and support me as I make this amazing game!

This is actually amazing! Are you working on this solo? I love it

Reply
itch.io Community » Game Development » Release Announcements · Posted in Up to the moon! My first game.
Jersey1 year ago

I played some of the first world. I think the animations are pretty charming so far!

Lmfao that was so fun

Also, I'm sorry, but can you please also rate the game on itch? It would really mean a ton to us!

This was extremely useful! A great asset pack

Wow! We are so honored.

Thank you so much for playing and we look forward to hearing that voice!!!

Thanks a lot :) I'm very glad you enjoyed it

Check out our design philosophy and our reflections on Fungy, a 2D RPG where you have to convince people to join your team and help your plant friends who are dying due to climate change.

The crux of our game is fun and witty dialogue, with charming art. we hope that you'll enjoy it. Please leave feedback so that we know whether this is something that we want to continue! 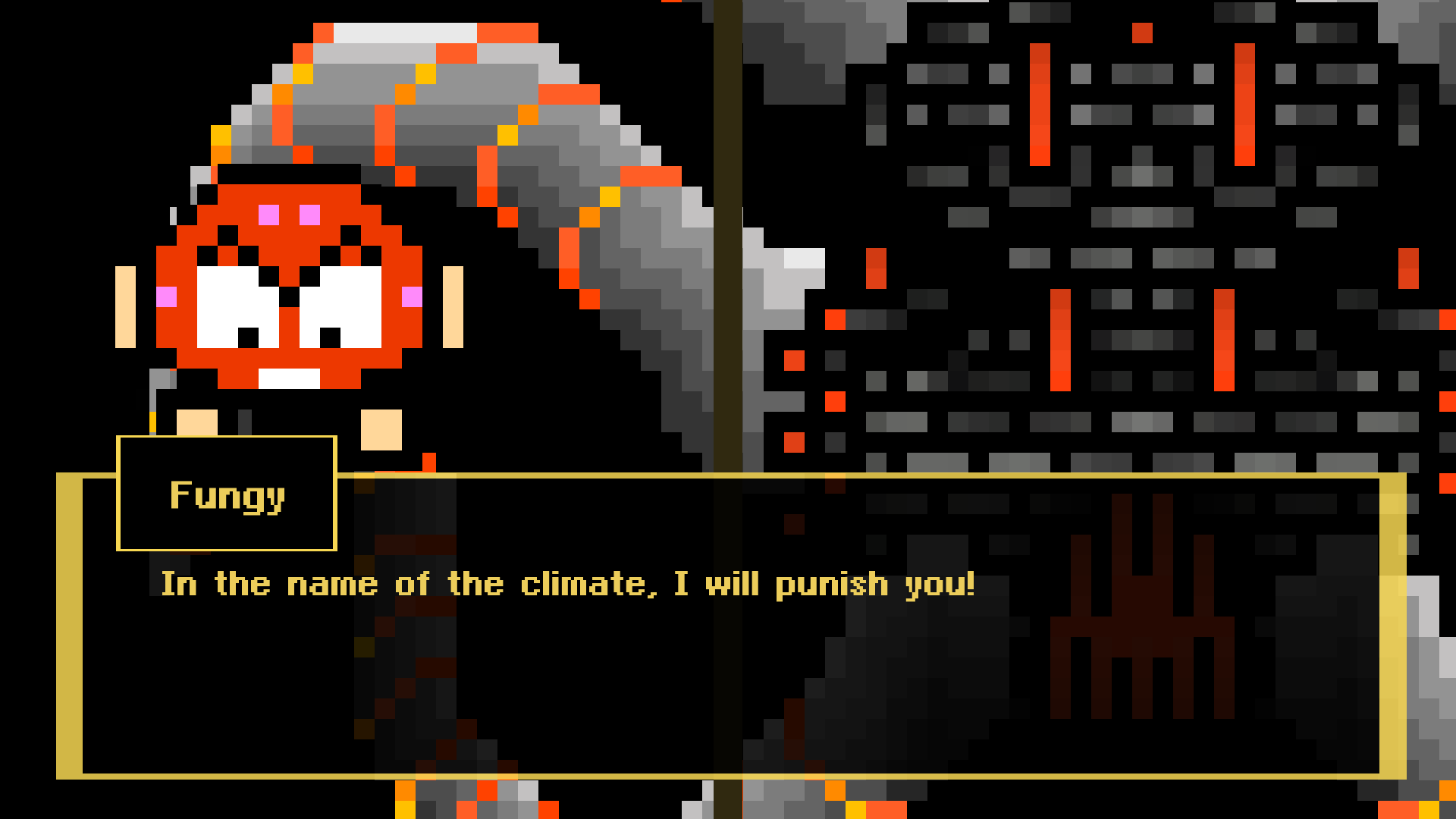 Reply
itch.io Community » General » General Discussion · Posted in Anyone who wants me to play their game can suggest here!
Jersey1 year ago

I'd be really honored if you can play our new RPG, Fungy! It's free and we worked really hard on it 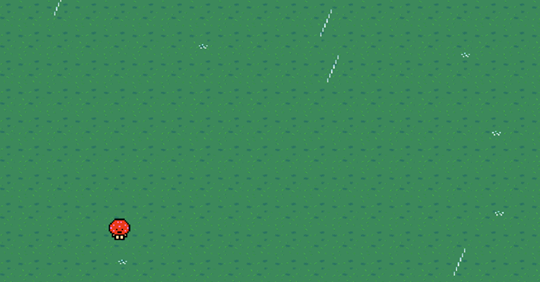 We hope you enjoy, we worked really hard on this game! Trying to see if there is interest in continuing this, or starting something new since this had a deadline for my lab that didn't let us add everything we wanted to.

In this alternate world, you play as Fungy, a mushroom who realizes their plant friends are dying in a world with rapidly changing climate. Armed with the ability to several rhetorical strategies, Fungy travels to the capital of the USZ to convince others to do something about climate change. Empathize or flame characters. Provide real facts or alternative facts. Do whatever it takes to persuade people to join your cause!

We worked really hard on this game. It's free and was made to give our perspectives on complex issues revolving around climate change. We really hope that you'll enjoy it :)

We are gauging interest to see if this is a project we should continue. We have many ideas for both pre-gameplay and post-gameplay, but we are considering starting another project instead. Please play and enjoy!

No problem, glad I could help :)

the sounds hurt when i got a powerup, might consider tuning that!

I've never worked with 3D before, but I would want to make graphics/ animation like this. Do you know any resources on where to start?

These are amazing and very helpful. Thank you very much!

Thanks for the feedback! I appreciate it.

I definitely agree with you, I had trouble finding ways to make it harder. I'll need to do a better job of that in the future.

As for knowing what you're grabbing onto, it's a collider that follows you around as you fall so that you can always have the joy of swinging. Maybe if I had that in a fixed position, it would be harder, and more satisfying to see what you're swinging from? The tradeoff is that you wouldn't get that feel-good camera zoom, and air-time.

Thanks for letting me ramble on and reflect! And thank you for playing :)

thank you so much!  I appreciate it

Thank you! I really appreciate it :)

Thank you so much! I really appreciate it :) I put a lot of work into the physics, so it's nice to see it pay off!

Ah, I'm loving the aesthetic thus far, and the crow joke lol. Nice charming dialogue. I can't figure out how to get to the timeline, though, after I interacted with everything :( Am I missing something?

THAT WAS REALLY FUN!!

That was pretty fun! Can I ask you about the physics? The movement was very satisfying

Ideas for expansion would be a story about a dog who has to go out to sea to get some type of mystical medicine for their sick owner!

Or, if you want a more trick-based-gameplay, you can have an annual dog-surfing competition, and create like villain-like characters who you have to beat to fulfill your dreams.