Liked the library and the overall feel. ^__^

A note on playability:
The eyes on the portals should be more obviously invalid and uninformative.
Otherwise it is very easy to think that you make portals work via correctly positioning eyes.
Or even better, they need to be informative.
I understand that eyes are needed to preserve the frame, but if they are there anyway might as well use them.

Self-reference usage seems to be via math recursion. It is ok, but I wonder if it can be explored deeper so that it is not purely mathematical. Narrative may not include words but still touch human things.

Funny enough, it was supposed to be somewhat self-referential/looped in this regard. So that those who were before represent the possible states of the player even if they are not the player literally.

More subtle indeed. ^_^
I liked the writing and musical choice.

Nice, short and heartwarming ^_^
I liked the small touch of music being different at each section.
Will definitely add kenney.nl to recommended resources for the next jam.

Thanks!
I like how with modern tech it takes so little to make something that people can enjoy.
And i hope that at least at this effort level more people can participate in jams and get that tiny jolt of creativity out of themselves.

Thx for playing. ^_^
Shmik actually does have a different shape in the next loop ('fluffy curves'), but yep, i thought about actual per-run randomization.

It can be prolonged after first loop.
The player can be awoken on various sites and in various bodies, but i wonder what the bigger story ark should be about. ^_^

Wow! Thanks for playing!
Hope it wasn't too confusing.
I will share the link around, though idk if watches via invidious count for youtube.
https://mastodon.technology/@houkimenator/107317151187262784

Thank you for checking it out!
I am not sure yet how to elaborate on this one, but i will sure take more shots at both poetry, visual noveling and robot drama. ^_^

Thank you.
I did not expect for it to come out so full-fledged given that it was born in less than 10 hours ^_^

It is interesting how this game resonates with my thing.
The player here decides whose power to cut with no consideration of people's will, 'for the common good'.
And happiness is just a score thing that is something ephemeral to strive for, but it does not affect the gameplay.

And in my thing, this sort of issues are made the core of the narrative.

Have a question about how how things are organized? Ask here!
Want to propose a change? Comment away!

Imagine a scenario, I submit a game with 5 days remaining till deadline.
I might want to do this in order to get some early feedback to polish it before deadline comes.
Is it ok to then update my game before the deadline, or submission itself needs to freeze the game?

Hi!
Thanks for feedback.

Well, i have a long lasting trouble making games understandable, but let me practice a bit and take a different spin from what's in the description.
Imagine, you have a multiplayer game. Like, EmoteME!
When players connect to the game server on earth, they will have some signal delay between them and the server.
In practice, on Earth, it is usually somewhere on the scale of 20 -120 ms depending on where the player is.
Now, imagine I live on Mars and want to play EmoteME to rate it.
Mars is very far, and has a delay of an order of MINUTES. This is like 600+ times longer.
And it is a real problem that arises when one wants to send s rover on Mars, or even to the Moon.

I won't be able to play. Communication is dead.

So, Imagine how gamers in the future can suffer from this.
Especially if one lives on a planet with low population, or even on an asteroid, one won't really be able to have a rich online life which we have now.
And interplanetary bureaucracy, visas and travel costs... well, you can imagine these!

So, this is a game about helping unlucky guys and girls to be gaming stars they dream to be and to make a career in cybersports despite the void.
One seeks for gaming tournaments that will start shortly
One travels there,
One orbits as close as possible to have a good connection.
One does not crash/land to keep trouble away from passengers and oneself.
One does not disconnect till the tournament ends.
One gets rewarded with fuel.

Hope this is a better explanetion (if it is. i will change the style of future games tutorials and descriptions)

I unpacked it and opened .html file in the browser.

Unfortunately cannot enjoy it because I won't let it connect to a server and it is an online game.
No rating from me (not a bad one, just no rating).

(Hi, Cere Venteo. I saw you rated my game 1 star on itch, would you like to leave a comment so i know what to improve? )

yep, getting stuck is a thing and there is no reset button.
But character animations, especially jumping are cool!

One can deepen the effect of communication with sounds. So that the blind makes noises or acks when receives a signal. Or that the buttons actually make code sounds that are retranslated to the blind via megaphones (distort and reverb)

Cool level design!
Encountered only one inconvenience: couldn't really use the HUD since eyes were concentrating on the action.
Still playable though. (maybe some different kind of indicators needed?)

The theme could be used more ^_^

Nice glows, yep (i launched it locally)
You may upload it to itch to be played from browser, but you will need to rename Z.P.Z.html to index.html
Not sure about how that will interact with the jam though (you may ask organizers if it is ok). 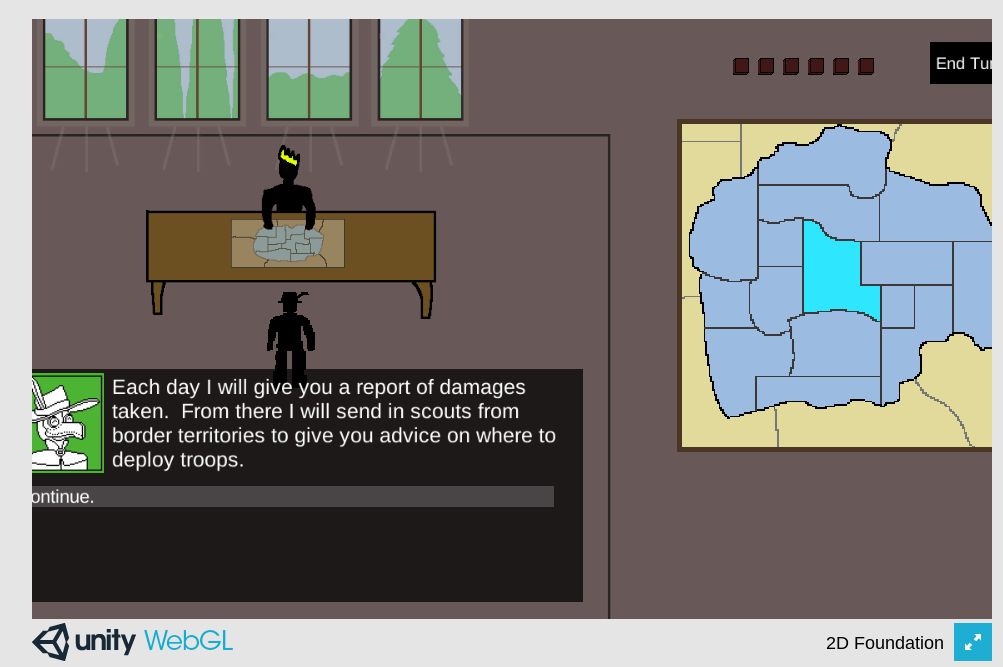 you can probably change Itch's embedding size (in itch project settings), to make more space for it?
Or scale the whole game down?

It is simple, but i had a confusing moment first with the fact that there are obvious sources of materials on the screen other than enemies.
It is not intuitive why one is getting resources from enemies while sitting on the piles of stuff.

Nice and simple! Cool!
Also +1 for a consistent retro look.

Hi, thanks for extra info on the problem (looking into it).

Good visuals and sounds.
Relatively intuitive gameplay (i was able to navigate through most of it without looking at the description).

Some problems encountered:
I paused but was unable to unpause.
Also it seems like from this pause mode one can still do answering thing and throw balls (though without seeing one's character)

Hi. What method of input are you using (actual mouse, touchpad, touch screen ) and in which circumstances does this occur?
Are you able to zoom out with LMB?

Reply
Space Jam community · Replied to OceanJeff40 in Any 2D artists looking for a team?
@houkimenator@mastodon.technology300 days ago

Sure, sent you a mail

Hi. I have some xp with krita and gimp, and also frame-by-frame animating stuff.
But i cannot use discord, so whoever is ok with using Matrix, irc, git forges and/or plain old emails is welcome.

Hi, I have experience making whole games with Godot, but I do not use Discord (proprietary spyware).
You can hit me on Matrix though (@kagaku_phreak:hackerspaces.be).

Reply
Brackeys Jam 2020.2 community · Created a new topic Godot FOSS gamedev (programming and art). Solo but you can join in too.
@houkimenator@mastodon.technology1 year ago

Hi, I am a FOSS nerd gamedev who hates Discord and that's why ends up doing things solo most of the time.
Engine is Godot, games are weird-ass, graphics is mostly procedural and sounds are mostly recorded body sounds (which works SURPRISINGLY WELL).
Anyway, you can come by and say hi at

Have a dayjob so do not expect more than ~4 hours per day though. But should be enough to do sth cool. 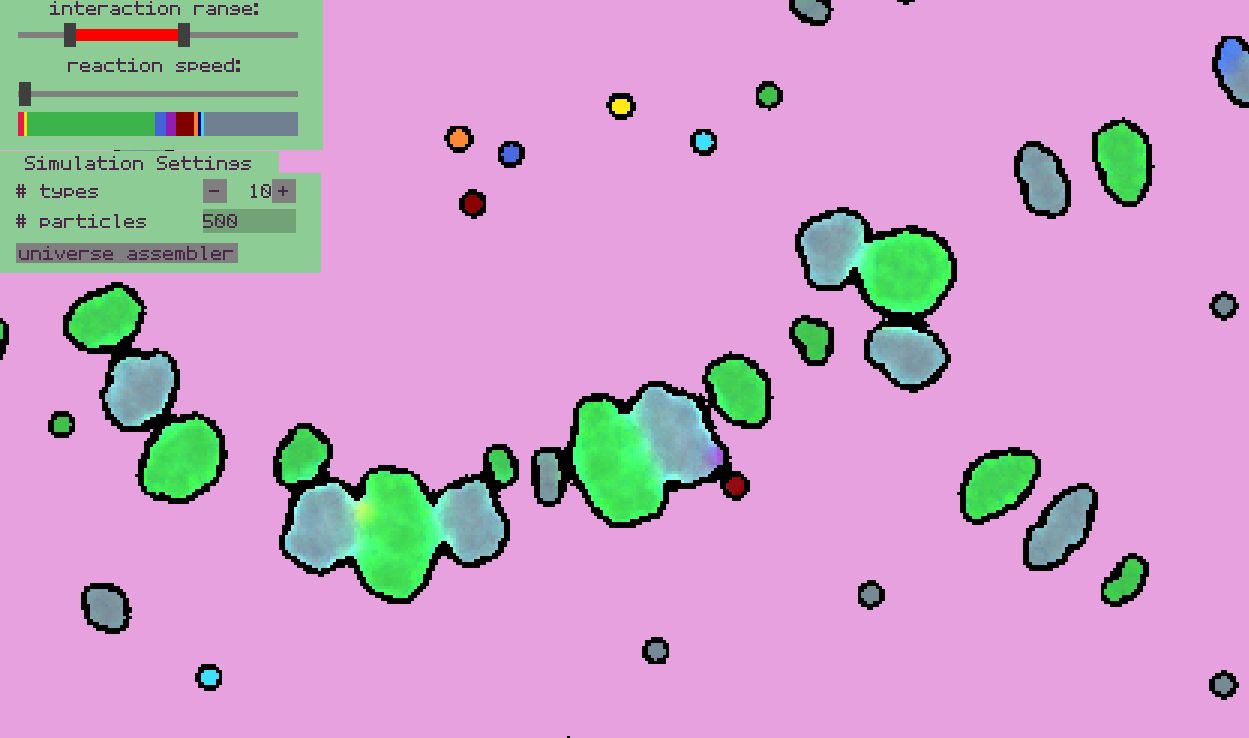 Cool upgrade to the Artificial Chemistry!
Though for some reason i can't yet reproduce my favourite multi-layered aggregates (which are stable only because outer shells prevent incoming particles from interacting with the core layers),