GIF
The Last Hover Cabby in Sector G
If you can scratch together 3000 creds that'll be enough for a pass to Sector F, and who knows, maybe a better life.
Henke
Racing
GIF
Patch Pots
A Physics-Based Pottery Puzzle!
Henke
Puzzle
Play in browser
GIF
Jumpy Car (Prototype)
Drive, drift, jump!
Henke
Racing
Play in browser
GIF
In Search of Paradise (2017 Edition)
The open-world driving adventure returns, with VR support!
Henke
Adventure
GIF
A Good One
An open-world skiing adventure.
Henke
Adventure
GIF
In Search of Paradise
​Travel through the desert in search of paradise, in this open world driving adventure.
Henke
Adventure
Stilt Fella
You are a fella. You walk on stilts.
Henke
Simulation
GIF
Trajectory
Over chasms you can't steer, only drift at your set trajectory.
Henke
Platformer

Great little game. If you added some more levels and released it as a commerical game, I'd buy it!

Played this all week and only just finished it. It was great!

Hey torfi, how about expending on it a bit and making it a commercial release?

Suggestions for stuff that could go in a commercial version:

Anyway, loved the game! A Firm Handshake was great too. Curious to see what you make next. :)

Just replayed this. Again. Feels like the movement was faster than when I played it first time, years ago. The movement isnt on Update rather than FixedUpdate, is it? If so please fix it, this game must be preserved for future generations. It is an important historical document!

When I download the zip from the site I get an "Error 0x80004005: Unspecified Error" when trying to unzip it.

Is this how level 6 is supposed to be beat? Cause it took a lot of trial and error to get the magnet down there! :|

(great game btw. movement feels good and most of the puzzles are satisfying) 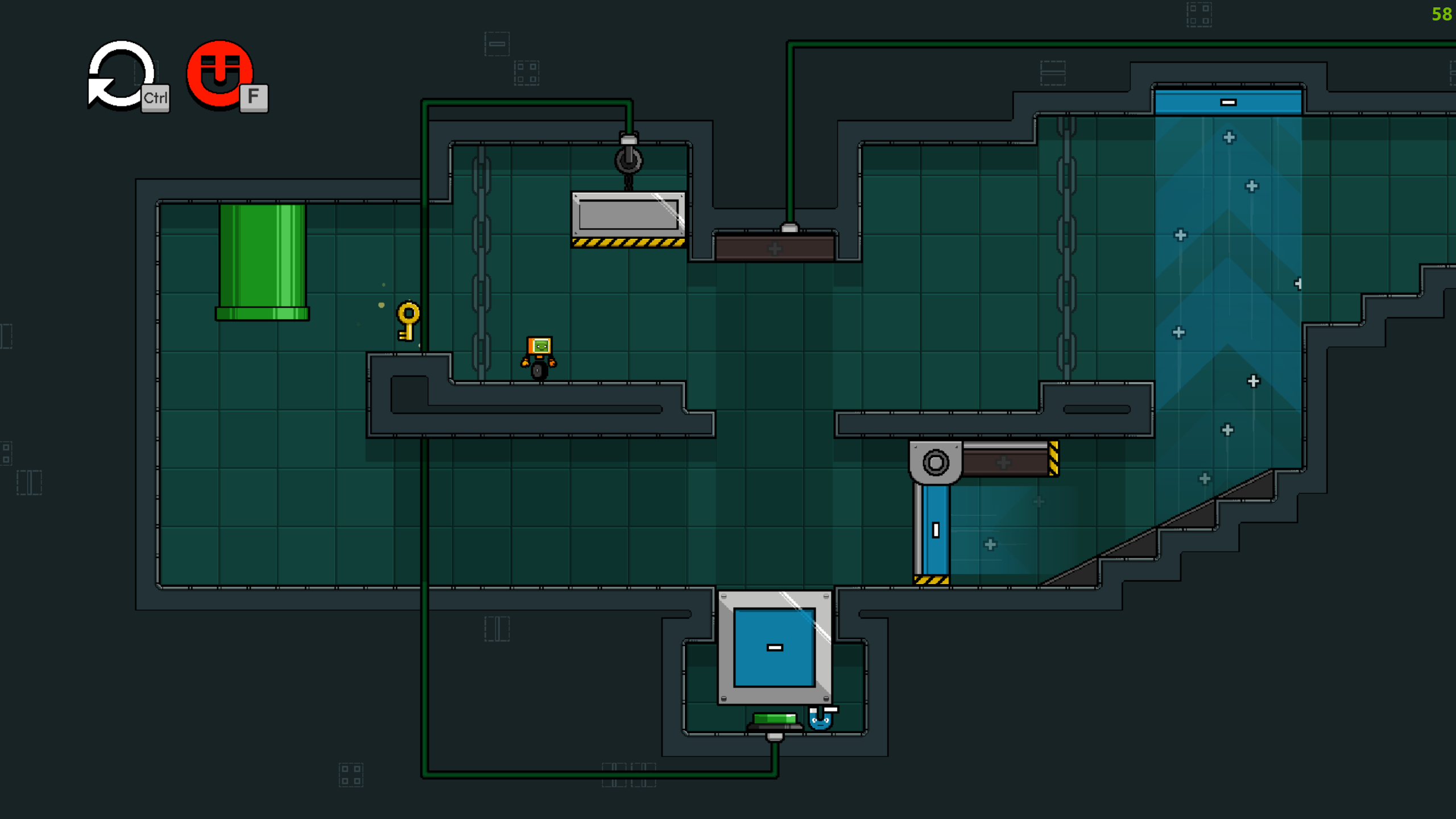 Reply
BloodbornePSX community · Posted in Playing this game without mouse is imposible !
Henke301 days ago

I for one appreciate the authentic mid-90's DOS-port of a PSX-game feeling you get from having to play with just the keyboard. It's not impossible by any means, but I can understand if it feels unintuitive for folks who started gaming after mouse+keyboard configurations became standard in PC games.

Came here to report this as well.

I prefer playing with keyboard, but I switch to gamepad every time I have to level up just so I can do so without wasting bullets.

Here's a workaround for running (most) Unity games in windowed mode:

1. Navigate to the directory using a command line interface (cmd)

Or you can make a .bat file so you don't have to go through that whole procedure every time.

This is great! It's so polished and good I'm surprised you're giving it away for free. You should add leaderboards and release it as a commercial game. :)

Yeah I don't like jumpscares either, but thankfully there don't seem to be many in this collection. I've played a few and so far Heliwald Loophole seems to be the most jumpscarey one. Janitor Bleeds also has some sudden noises, but they're a bit milder.

Hi! Thanks for taking the time to check out The Last Hover Cabby in Sector G, let me tell you a little bit about the history, and potential future, of this game.

In spring 2020 I released my first commercial game, Stilt Fella. Afterwards I didn't wanna dive right into making another big game so I spent the summer making a few prototypes, this game was one of them. It soon became apparent that doing this idea of an open-world hovertaxi game properly would be a lot of work, so I shelved the project. Fall 2020 to Spring 2021 I ended up working on several big Stilt Fella updates, but after they were all done I had the urge to return to this project. Decided to brush it up and release it as a small, free, itch.io title. I spent 2 intense weeks turning this prototype into an actual game. This means: adding menus, options, save system, music, overhauling graphics, tweaking some features, updating the engine and fixing every bug I could find. Oh, and I thought of a title: The Last Hover Cabby in Sector G. A title which not only sounds cool, but also conveniently explains why there's no AI traffic in the game!

I'm working on another big game right now, but at some point I wanna return to this, and these are my vague plans for it:

Part of why I released this as a free game on itch is because I wanted to gauge interest in it. What do you think? Is this something I should keep working on and try to make a bigger game out of?

This is cool! :D Is there a way to go fullscreen tho?

edit: nevermind, a friend pointed out that there's a Fullscreen exe in the game's folder. I installed and played via the itch app so I never saw the folder.

Y'know what. Not a bad swansong.

This is still one of my go-to itch.io faves that I replay every now and then. Make the full version, Rich! :D

Sorry to hear you're having so much trouble with the Swibch. :|

It freezes on startup for me. Whether fullscreen or windowed I get a (not responding). :/

Whenever I fire up the itch desktop app and see this game in my list I gotta play it again. Probably my all time fave WizJam entry. :)

Good stuff, I enjoyed this. Made it to level 7 where the punishing rotatorblocks in combination with the stiff timelimit kept me from progressing despite a good 7 or 8 attempts.

Tilde key isn't removing the controller info for me. Freezing with the right bumper removes the controller but not the graphs. Got the latest version. Love the game btw, wish I could remove the UI stuff tho.