FATE community · Posted in Twitter down!
FATE rev:eng2 years ago

yeah i removed twitter, forgot this was pointing to it already - thanks

Reply
FATE community · Replied to Hitsuji in What is FATE rev:eng? How do I get it? What's next?
FATE rev:eng3 years ago (1 edit)

Thank you! I'm working to get it on Steam

(well finally gave up on Unity and UNET, got deep down the rabbit hole of launching my own instances of heroku pods and realized there's a better way! Hopefully moving dev over to Unreal Engine for all my 3 apps)

I saw both! maybe I collided with both when doing my test :p

the furthest opens it right?

same here, i touched each side once, checked again... went back... from top, side... clicked... but very cool use of scale and space!

Rated! I was confused. money root of evil? money is the root of good!

also, the buttons didn't work... giant thing grabbing me. the key in a lock. door...

but I liked it - definitely a lot of promise here, the goofiness of the lies and buttons, I like that - and getting grabbed and dragged - that was cool - a very inventive mind!

just got stuck. maybe bugged out?

Reply
Community Game Jam community · Posted in Doing a Rate for Rate for the next 2hrs (Browser/linux/android)
FATE rev:eng3 years ago

Checking out yours now!

Thanks! I like the color scheme of "Hello Player" - is this like a Stanley Parable platformer? Very cool!

Reply
Community Game Jam community · Replied to Aramilion in I would love to play your games
FATE rev:eng3 years ago

That is really innovative, making the game to collect resources an actual game (and a skill game at that)

I love it! great thinking - very few people have that kind of mindset, you're on the right path - hope to play them soon!

your game to the moon - do you have to play tetris to load up on materials? if so, that's awesome!

and the graphics for Morphis are amazing, well done! you have a great inventive ideas for games 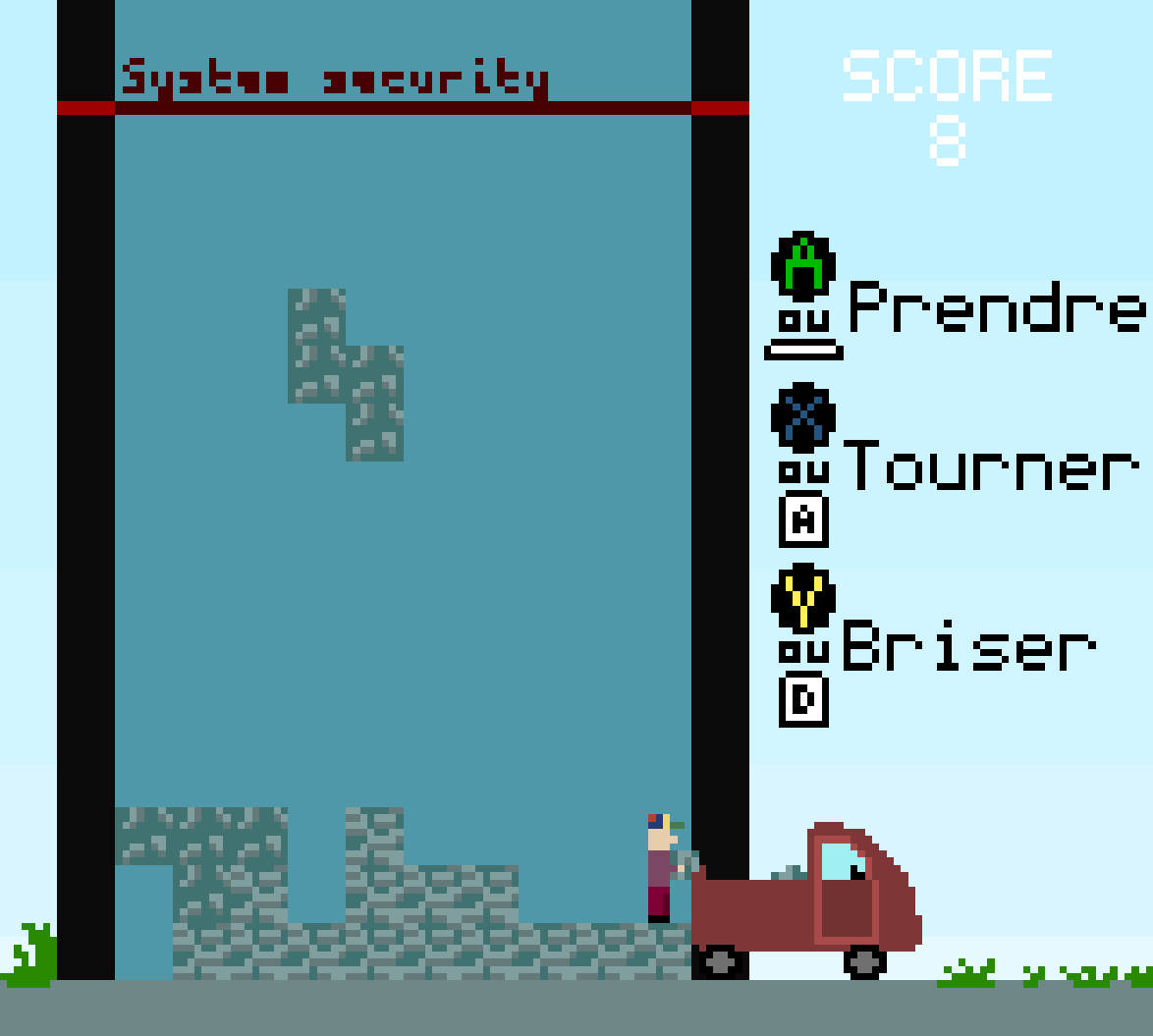 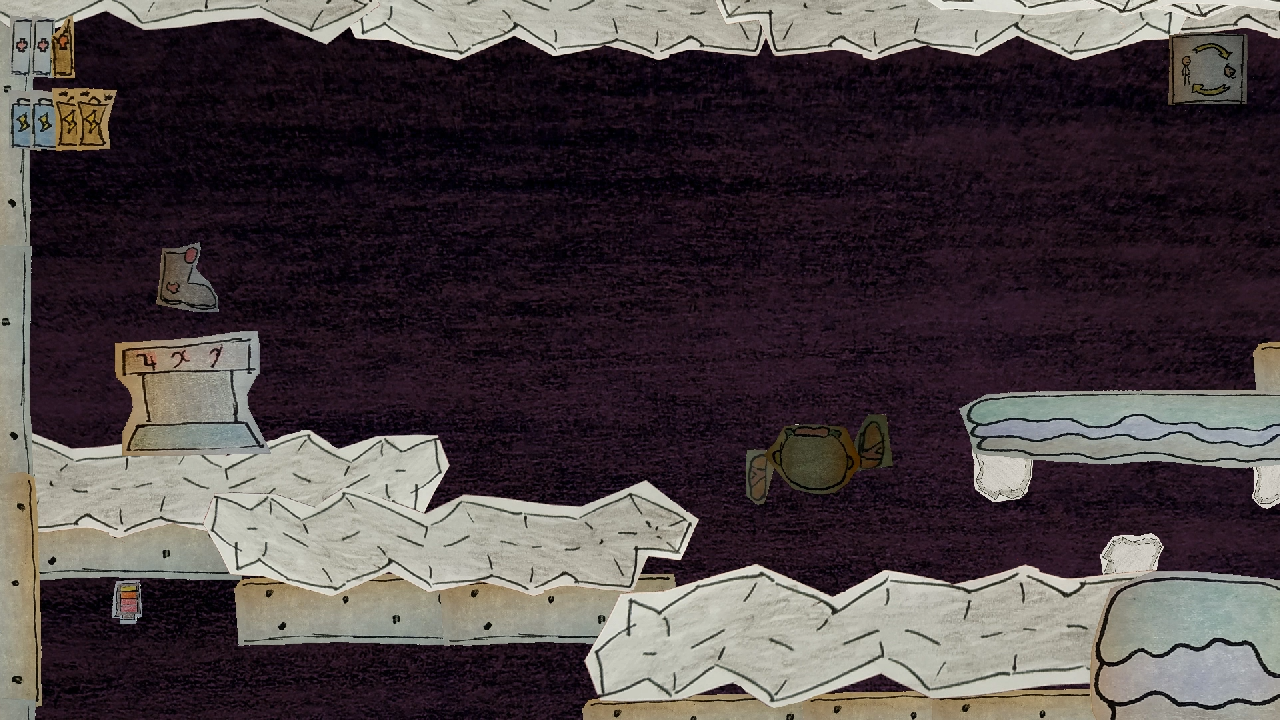 Thanks, I replied to you elsewhere I think (or replies aren't showing up) but I played your game and it was great! Lots of ways that could be taken forward too

Thanks! (I would love to try your game but I am mac only right now!)

if you get far enough you can see the message. I will look out for that bug and fix the settings if I add more to this!

Lots of potential here! I can see this adding more layers too

I played and rated your flipping game - ha, I like trying to visualize the squares as you go by, I can imagine all kinds of ways to try the users like background color changes! very inventive

you can use mouse control on the paddle for more precision, I agree the keys should less floaty

That's the point, I even had the ball reflect and bounce off the debris, which made it zigzag up to the next layer, but I switched that off, made the ball super heavy and the Debris the right weight.

Now it bounces the debris out of the way, but you have to keep your paddle clear!

> Couldn't / didn't want to get past level one

The mouse issue is on Windows, I developed this in 90 minutes on Mac, then added a minus / plus for paddle last minute, as the only windows machine I have has a weird mouse with multiple DPIs and settings for "enhanced precision" and other stupid stuff, so I couldn't be sure if other windows machines would have the same speed up, but yeah it's a bug, tap minus a few times - job done!

> I didn't see how the theme was hit at all.

it's a breakout clone where's you're destroying your own bat in a futile attempt to win, the more you try the more you lose, until you fail, always, and the debris spells out why

Thanks for your input! There is a paddle speed issue on windows that you fix with hitting minus, but I've not seen the ball go too fast to break physics, I set it to a speed limit, maybe there was a frame skip, I'll keep an eye out on it!

>  I began thinking that first level was unbeatable

> Adherence to theme was almost null

I'll check that speed bug, I played it 30-40 times on windows and mac myself and it always obeyed the speed limits with me - the idea of the game is, of course, that it's impossible to complete (since you destroy yourself)

The letters are just cubes with their renderers turned off, angles just right with some more hidden dividers to about 1/3 of the debris hits each letter

Reply
Community Game Jam community · Replied to ThinkSleepPlayGames in My first game jam, inspiration struck: a breakout clone where you're breaking your own paddle... SHARE YOUR INSPIRATIONS
FATE rev:eng3 years ago

> Couldn't get past the first level

A unique idea - breakout, where you're destroying yourself!

Here's a 1 minute game you can play and appreciate

There's a surprise ending, all revealed in just a minute, a different mechanic!

looks beautiful and I like the play on "candor"

Reply
Community Game Jam community · Replied to selmecitom in I would love to play your games
FATE rev:eng3 years ago

downloading yours now, I like the controls being on the level!

Great work! I laughed each time I made a mistake, which is a nice change in a game!

Makes you feel weird as your brain learns W is jump, then S... sometimes you get stuck to it

I really like the level design, as the scroll is late you wonder which route to take, and some of the gaps were well placed and got me

I just played and rated your jumping game!

I was laughing - I really like the quick intro, then onto campaign. I did some double jumps, killed some people - the funny feeling of the mind and muscle memory conflicting is funny, makes you laugh - love that!

Great work! Here's my game - it's must shorter, just a quick idea I wanted to try, but I think it'll tickle your fancy!

a surprise ending.. if you can make it - and a reveal along the way

I like top down mazes but I don't have windows!

Reply
Community Game Jam community · Posted in My first game jam, inspiration struck: a breakout clone where you're breaking your own paddle... SHARE YOUR INSPIRATIONS
FATE rev:eng3 years ago

WHAT INSPIRED YOU TO JOIN?

OR IF YOU JOINED FIRST... HOW DID YOU FIND INSPIRATION?

Why did I participate in this gamejam and not all the others I've watched avidly (notch streaming his coding, devs having discussions and fights over design... people streaming pixel art!)

I was inspired with a little idea, I just couldn't shake it off until I had tried it! I love those moments

Here it is captured in a few hours - a simple 1-2 minute game - mouse or A and D to control, on windows if mouse, hit "minus" a few times to slow it down

Reply
Community Game Jam community · Replied to Daito in Shout out if it's your first game jam!
FATE rev:eng3 years ago

This was my first too - I only realized because I saw people talking about it on twitter!

Decided to play safe and go simple. If you didn't manage to finish, keep at it - and if you did - think of ways to expand! there's always a thrill of completing a job well done!

Reply
Community Game Jam community · Replied to Benny505 in Read if you couldn't submit in time
FATE rev:eng3 years ago

I hope get it sorted!

Meanwhile play my entry, it's stupidly fun and weird, just a 1-2 minute idea I had!

Reply
Community Game Jam community · Replied to FATE rev:eng in I made a video covering the best submisions - enjoy
FATE rev:eng3 years ago

it's a fixed 1-2 minute game, fun, mouse or A and D (if on windows hit minute key a bit to slow it down)

Reply
Community Game Jam community · Replied to NoLan in I made a video covering the best submisions - enjoy
FATE rev:eng3 years ago

Mine is a fixed 1-2 minute game - a fun little twist and unique idea in there!!

I made a few changes - behind the scenes, icons, etc. I am going to add sounds since I have some time... maybe. It's a small little fun idea to show off a mechanic - someone try it and tell me if I should bother!

C# is basically Java clone - i made my game in about 20 lines of c# in about 2 hours, most of that was me breaking something in file system along the way!

But it's a quick interesting recursive idea! 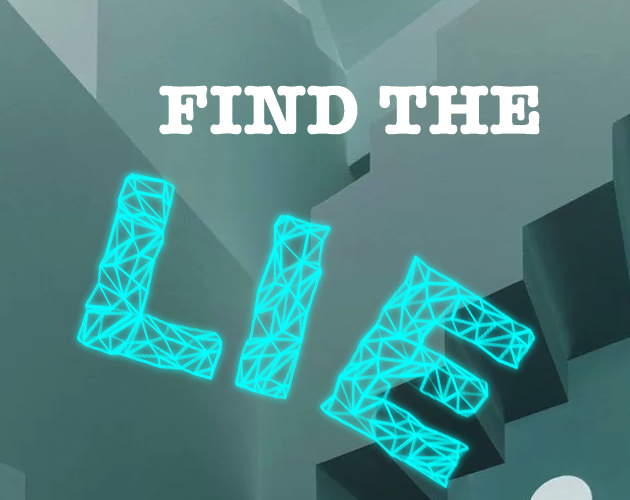 I fixed the paddle-too-fast issue - go to

and check out the new download! hit minus a few times, " - " to slow it down with mouse control. or use A and D for control!

I fixed the paddle issue - go to

Try lowering your mouse speed in windows - it's an issue - for some reason, with the windows build... I will make a change and resubmit the windows version in 40 minutes!! Bear with me!

THANK YOU for the kind words, it was a quick spur of the moment idea - I built it on mac, tested it (and saw the pointer problem, fixed it a _little_ on windows) - hopefully you can try the new download: